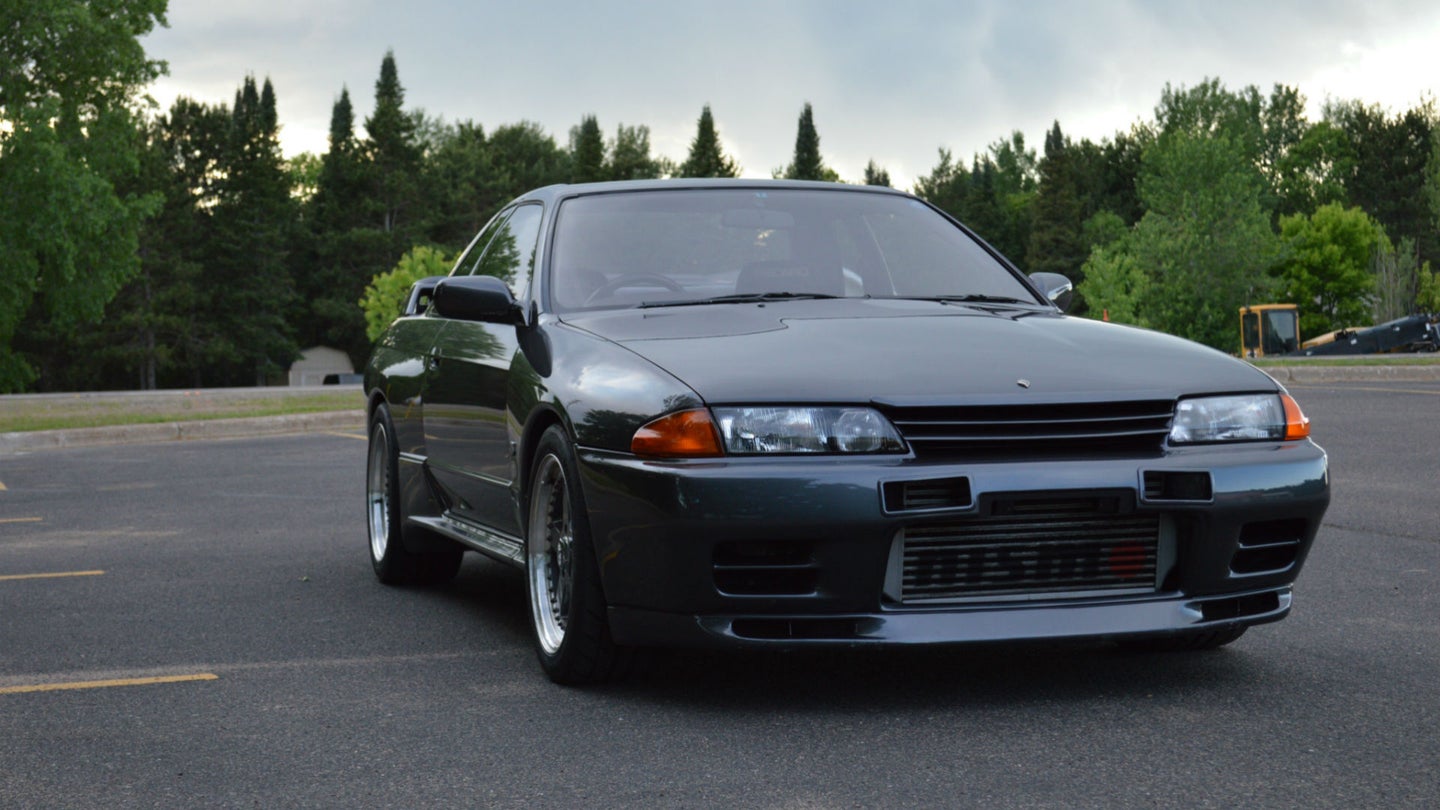 The 1989-1994 Nissan Skyline GT-R, known simply as the R32, is arguably the most significant member of the Skyline family and was voted as such by Nissan fans for good reason. The car wasn't just a smash hit on the street but also in motorsport, dominating almost every competition it entered, especially in Group A touring car racing. The R32 wouldn't be able to even participate in those prestigious races if not for the Skyline GT-R Nismo, a street-legal version of the competition car built to meet Group A's 1990 homologation requirements. Group A required that 500 GT-R Nismos be built, and Nissan built another 60 to be used as race cars.

Number 279 of the 500 road-going units built is currently for sale on Bring a Trailer, and it's a must-have for the Skyline enthusiast wanting something a little more special than the droves of regular R32 GT-Rs that have made their way stateside since the 25-year import ban lifted in 2014. Like every other R32 Nismo, this example features a Gun Grey exterior with black interior and retains the standard car’s five-speed manual transmission in addition to the sweet 2.6-liter, twin-turbocharged inline-six engine.

The Nismo edition was built and homologated after performance upgrades to the competition R32, so this variant features more power thanks to larger turbochargers and better aerodynamics courtesy of new air ducts in the front and a secondary deck lid spoiler. Nissan also replaced the front steel body panels with aluminum ones and took out ABS as well as the rear wiper, cutting nearly 100 pounds out of the car.

Unfortunately, this example couldn't escape the aftermarket craze that swept over many of the imported Skylines, and is now far from stock. Among the numerous modifications are a new exhaust, ECU tune, coilovers, Panasport wheels, Recaro seats, aftermarket shifter, and rear-wheel steering delete. It may not be unmolested, but most of these mods are ones we'd probably do to the car if we had it anyway.

Despite its aftermarket innards, this R32 GT-R NISMO is a sight rarely seen on auction sites and should be scooped up by someone who can appreciate its rarity and significance in the R32's history. It's a cog in the machine that helped the R32 earn its "Godzilla" nickname on the racetrack as well as a place in every Japanese car fan's heart.