The world's busiest airport, Hartsfield-Jackson in Atlanta, is using drones to increase efficiency. 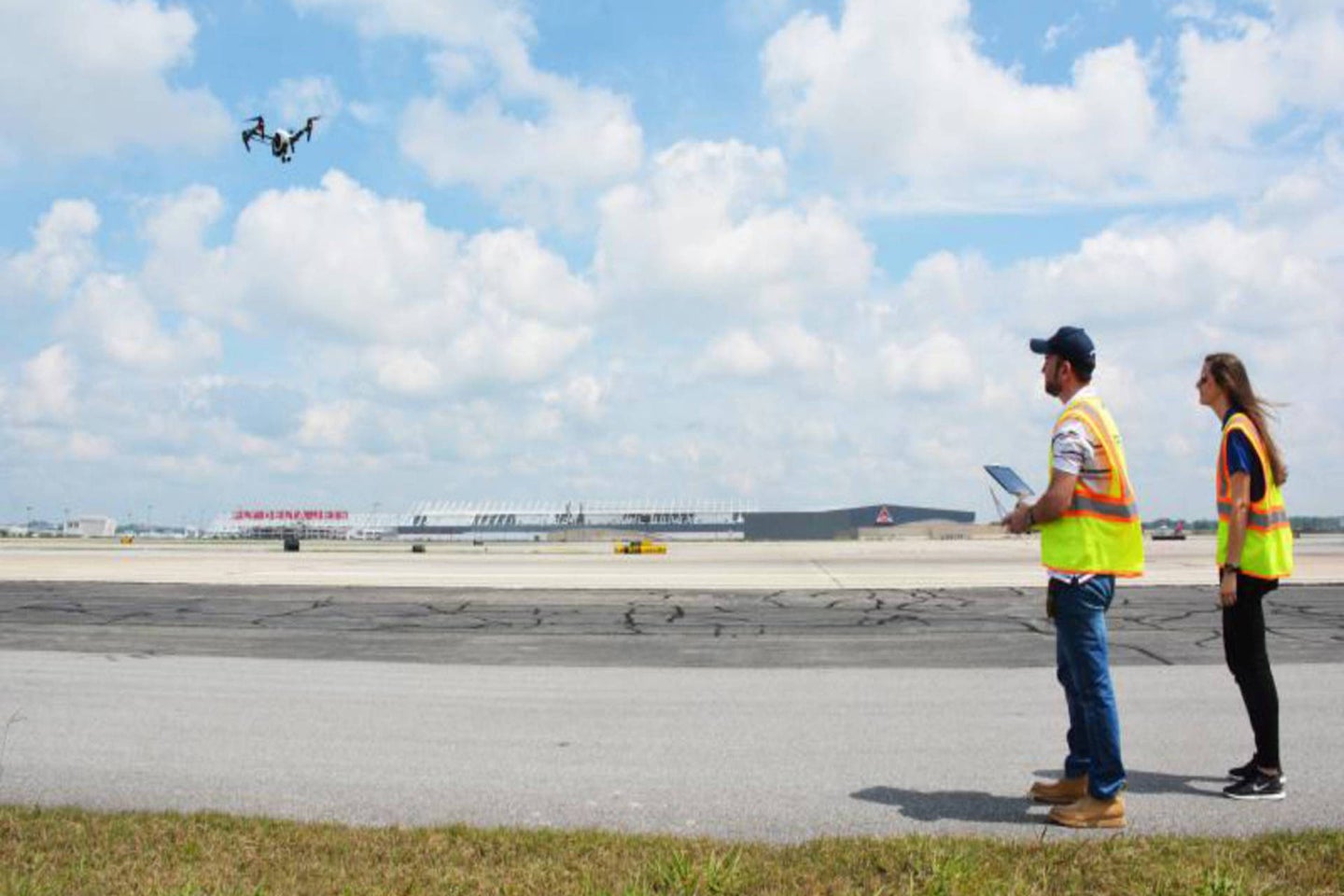 According to NPR's Marketplace, the Hartsfield-Jackson airport in Atlanta is using drones to maintain its runways. It makes complete sense for the world's busiest airport to use drone technology to their benefit, as they're cheap, quick, and can take high-quality images and videos.

In Atlanta's case, these drones are tasked with taking aerial photographs of the runways. Hartsfield-Jackson is in need of repairs, and the drone shots can easily be turned into computer models that can help diagnose the issues the runways are facing.

According to Chaim Van Prooyen, who is overseeing the potential repair project, "This will allow us to 3-D map the runway and be able to see detailed cracks and be able to plan better for replacing the runways."

Take a look this photograph below, captured by drone. It's easy to see how some of the deteriorating areas, captured by drone and processed into a computer model, could diagnose the faults and imperfections more efficiently than manual inspection of the same area. Van Prooyen told Marketplace a drone can finish in half the time of that old-school method of inspection.

The less time spent on maintenance, the more time the airport is open for business.

One of the drone pilots, Jim Duguay, had some reservations at first. According to Marketplace, he said, "It’s a little intimidating at the world’s busiest airport, for sure. But air traffic control has done a good job of moving all the traffic away, and it’s a good, bright day to capture data."

The FAA has apparently already permitted over 500 drone operations in and around major American airports, including Los Angeles International Airport and New York's LaGuardia Airport.

Some, like Tim Canoll, a pilot for Delta and president of the Air Line Pilots Association, are in favor of this new strategy. "This is the expansion of new technology to help our economy. So, overall it’s a good thing. Now that’s all said with the caveat that it has to be done in a safe manner," he said. "The FAA has worked hard to put mitigations in place for these commercial operations that make them safe."

The bureaucracy surrounding drone use over areas like airports isn't unfamiliar. Just recently, we reported on local laws in Texas preventing drones from hovering above "critical infrastructures", as well as the FAA's attempts at creating a national database of "drone operators".