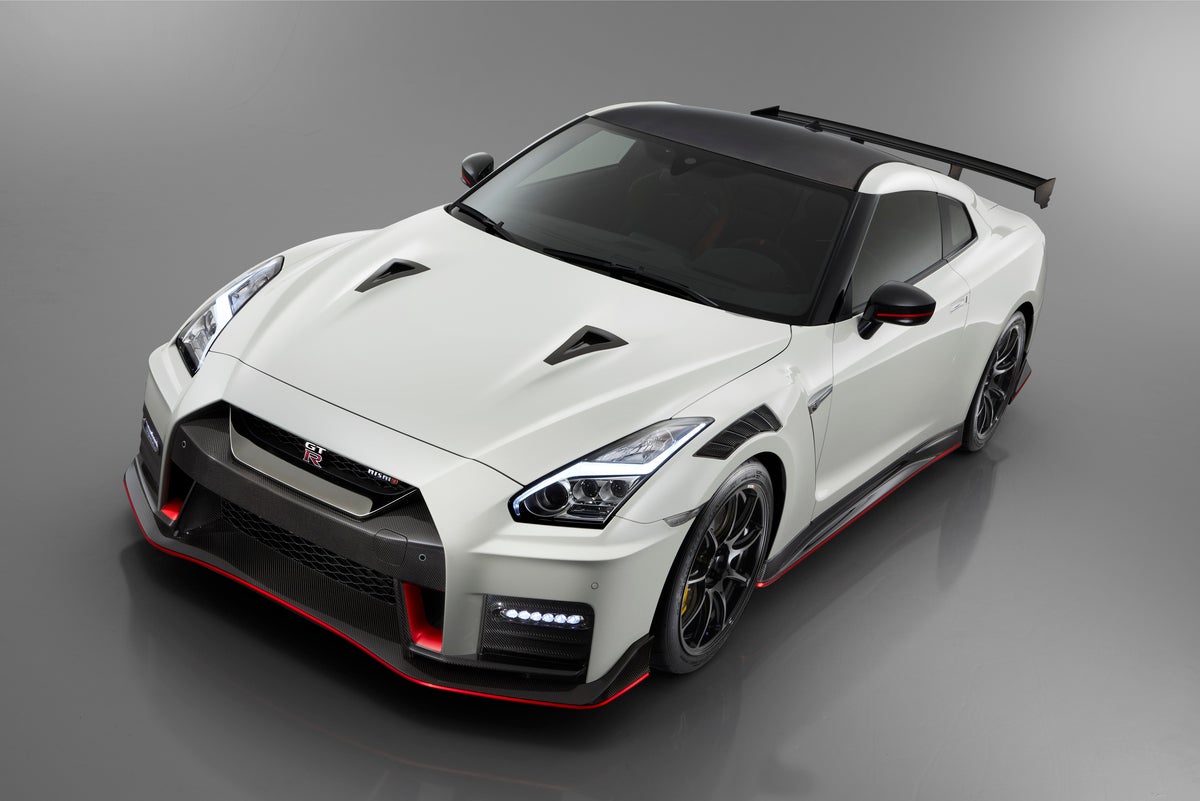 Scientists say evolution takes millions of years and only perpetuates minuscule adaptations at a time. Nissan’s engineers have seemingly taken those scientific models and applied them to the GT-R, which debuted way back in 2007. But with time, Nissan’s evolutionary changes have led to the razor-sharp 2020 Nissan GT-R Nismo.

Debuting at the New York Auto Show, the 2020 Nissan GT-R Nismo is the hard-core, race-ready variant in the R35-generation GT-R family. As with Nissan GT-Rs of the past, the 2020 GT-R Nismo pulls from Nissan’s long history of racing and applies that knowledge to the street-legal supercar.

When furthering the GT-R’s evolution, Nissan’s engineers began with finding where they could save weight. The current generation GT-R isn’t exactly a featherweight, and as such, the engineers were able to cut 67 pounds from the Nismo’s heft. Part of this weight savings was thanks to extensive use of carbon fiber body panels, which included carbon front and rear bumpers, front fenders, hood, roof, trunk, and a lighter-than-before carbon fiber rear spoiler. A set of 20-inch Rays forged aluminum wheels further reduced the GT-R Nismo’s weight.

While much of the exterior body panels were converted to carbon fiber, the panel designs were also subtlely modified to improve the GT-R Nismo’s aerodynamic performance. For instance, the front fenders now more closely resemble the company’s GT-R GT3 racecar with large scalloped aerodynamic vents pulling hot air away from the engine and pushing the front of the car toward the tarmac. The GT-R engineers also smoothed the supercar’s body to better cut through the air.

Small modifications were made to the GT-R Nismo’s already stout drivetrain. The 3.8-liter twin-turbocharged V6 receives the GT-R GT3’s turbocharger turbine shape, which “optimizes the flow rate and enhances the acceleration response by 20 percent, without a loss in [the GT-R’s 600] horsepower.” Engineers also revised the supercar’s six-speed dual-clutch transmission. Here, the technicians refined the car’s “R Mode” that shifts faster and more aggressively than previous iterations. A revised titanium exhaust finishes up the drivetrain’s performance upgrades.

Underneath the car, Nissan’s GT-R engineers updated the Nismo’s suspension tuning to improve the car’s cornering stability, but also reduce the jarringly stiff ride-quality the GT-R Nismo was known for. Lastly, the 2020 Nissan GT-R Nismo receives carbon ceramic brakes, which not only reduce its weight, but increase the supercar’s braking performance and the brake system’s thermal management.

Hiroshi Tamura, Nissan’s GT-R chief product specialist, said "The 2020 GT-R NISMO has evolved into a balanced, yet extreme, performance car. Pursuing driving pleasure is the most important concept behind GT-R, and the new NISMO's performance suggests it is a car that belongs on the race track – but is also at home on the open road." Pricing hasn’t been released, but the 2020 Nissan GT-R Nismo will hit dealerships later this year. We’re frankly amazed Nissan still produces the R35 GT-R. We’re equally amazed, however, as each successive variant has become better over its 12-year lifecycle. That said, we’re hoping the rumored next generation is forthcoming.