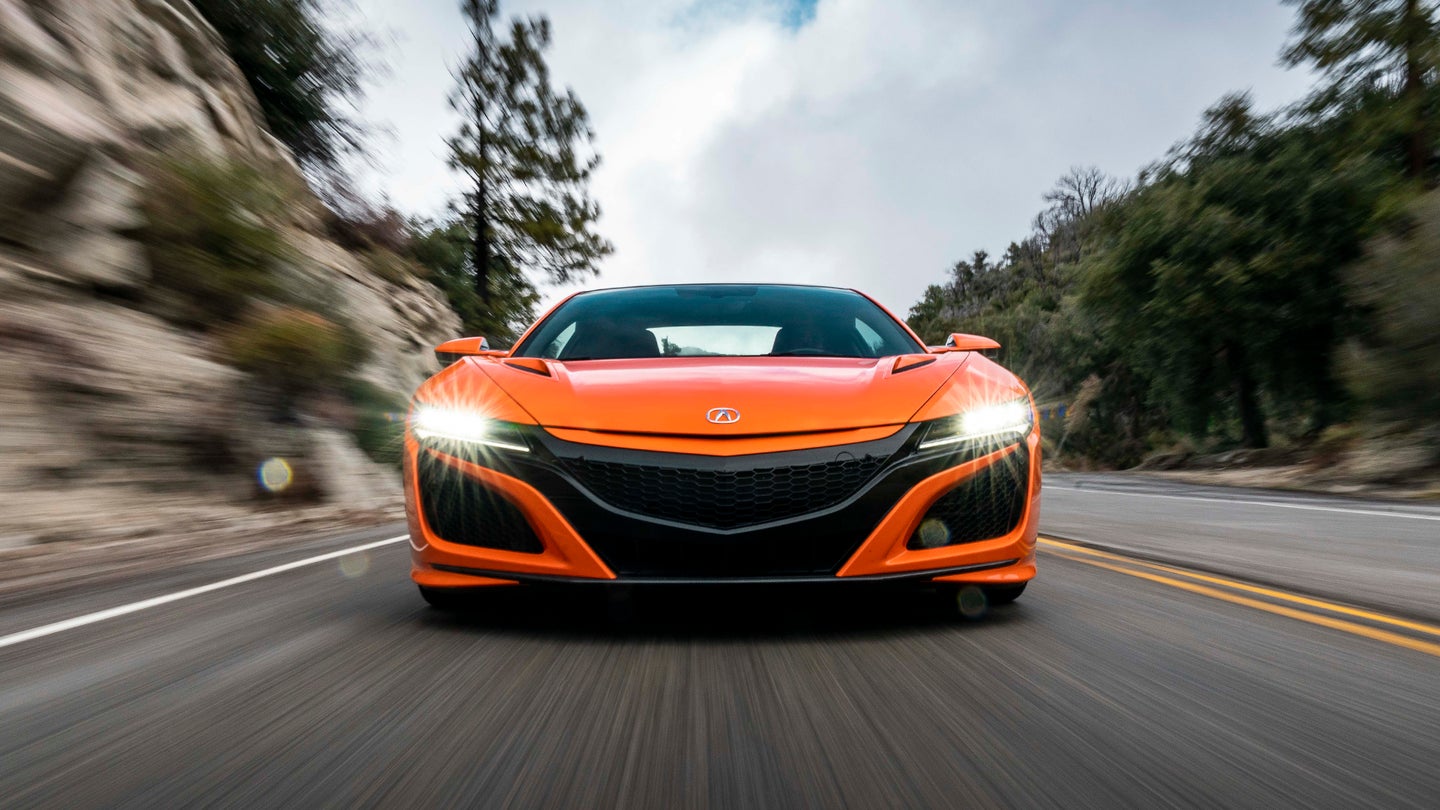 The Acura NSX roll-out wasn’t exactly as smooth as the company would’ve liked. The hybrid supercar’s development took longer than estimated. It went through a host of revisions and drastically altered concepts. And after teasing it for nearly 11 years, the first handful of reviews were less than stellar due to Acura not explaining the proper driving technique for a hybrid supercar. Unfortunately, those issues have hampered the NSX’s sales so badly—even two years on—that Acura has slashed $20,000 off the supercar’s price.

Acura’s NSX will now set buyers back $139,300, which admittedly, is still a sizable chunk of change. However, compared to its more expensive supercar competition, all of which trends toward six-digit pricing, the NSX is a screaming deal for a supercar with the NSX’s pedigree and true performance—at least once you’re more knowingly introduced to its dynamics.

Acura’s discount comes on the heels of a number of alterations and changes for the 2019 model year and the supercar’s mid-cycle refresh. Updates include a new orange paint color and larger front and rear stabilizer bars to tighten up the already taught hybrid supercar’s handling. Acura is hoping that these cuts will spur sales this year as 2018 saw the company sell exactly 170 NSXs total, a far cry compared to its competition; i.e., Porsche GT3, McLaren 570S, and the outgoing Ferrari 488 GTB. The NSX’s sales were also an eighth of its own first-year sales too.

Honestly, we’re stunned by Acura’s poor sales as the NSX’s dynamics, capabilities, and thrilling personality make it a massively enjoyable machine. It should help that Acura has now more clearly illustrated the NSX’s preferred driving style and pretty much every review has seen the driver fall in love with the NSX once they came to understanding its hypercar flair.

Acura's NSX, however, isn't the only supercar to see price incentives get slapped onto their carbon fiber hoods. BMW's i8, Maserati's GranTurismo, Audi's R8, and Bentley's Continental GTC and Flying Spur all have seen over $20,000 of incentives too. Acura also told The Drive that the NSX has seen a 42-percent increase in sales so far this year, which could mean the supercar's true character is finally sinking in with would-be buyers.

The Drive’s most recent test saw our very own Kyle Cheromcha state that the Acura NSX is, “alarmingly good on nearly every front, simultaneously authoritative and approachable, its flaws made mostly inconsequential by a technically perfect driving experience. Were the original NSX to have never existed, we'd all be crowing about how Honda made a true rival to the masterful Nissan GT-R.”

The 2019 Acura NSX is on sale now and for those in the market for a wonderfully mad supercar at a healthy discount relative to its performance, forget Porsche, forget Ferrari, forget McLaren, forget every other manufacturer, there’s no other place to look. You won’t be disappointed.