Lighter, rarer, and more mysterious, this NSX is a legend in Honda circles and beyond. 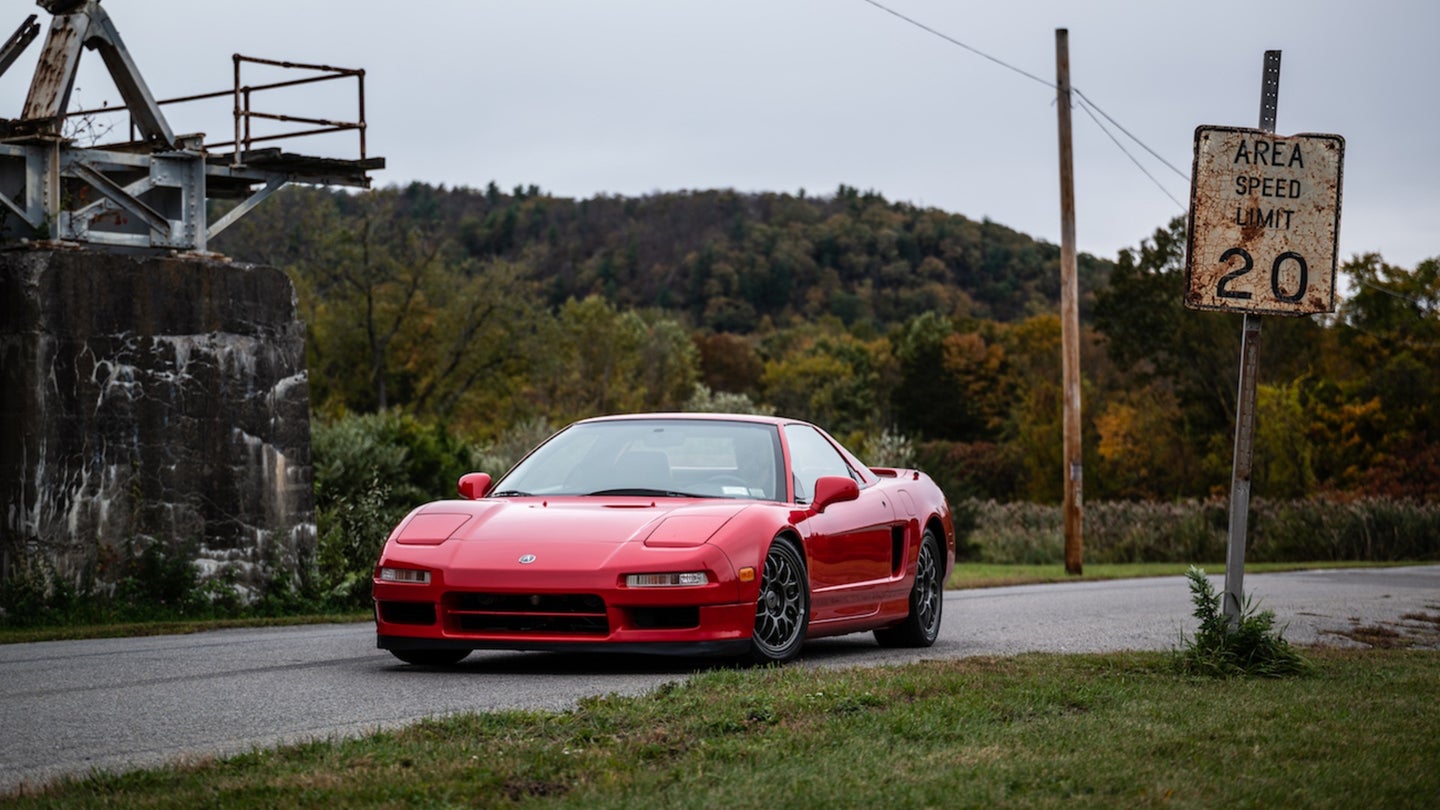 The Acura NSX has endured a wild ride on the market, going from "affordable" exotic to nearing on supercar prices, and back again. Thanks to its mass production, the timeless yet quintessentially '90s sports car is relatively easy to find for a reasonable price, although there are some outliers that still sell well above that. Enter the NSX Zanardi Edition, a unicorn in sheep's clothing that's currently for sale on Bring a Trailer.

Honda built just 51 NSX Zanardi Editions to celebrate Formula One veteran and double CART championship winner Alex Zanardi. Each Zanardi Edition was finished in Formula Red with an Onyx interior and featured a fixed roof (for added chassis rigidity) instead of the removable Targa top found on most first-generation NSXs. Lightweight BBS wheels came standard, measuring 16 inches in diameter up front and 17 inches in the rear. The car also included a lighter rear spoiler, single-pane rear glass, and a lighter battery, which helped it shed 149 pounds compared to the factory NSX.

No engine modifications have been made, and the NSX Zanardi Edition still uses a 3.2-liter V6 making 290 horsepower, connected to a six-speed manual transmission. Besides the weight-saving goodies, the car features a stiffer suspension than standard NSXs and a small plaque between the seats with Alex Zanardi's signature and the car's production number. The car shown here is number 43.

The NSX Zanardi Edition was crafted for 1999 only, just a year before a horrific racing accident in Germany cost Alex Zanardi both of his legs, but thankfully not his racing career. The first Zanardi Edition was used as a press car and the second was given to Zanardi himself, with the remaining 49 cars going to dealerships across the United States.

Regular NSX prices have been a roller coaster the last decade, with average prices initially shooting up to six figures before settling into the still expensive but much more reasonable $40,000-60,000 range—aside the occasional ultra low-mileage example selling for more than $150,000. The Zanardi Edition is another rare exemption, and the last car (number 44 coincidentally) sold on Bring a Trailer for $126,000. Expect a similarly bank-breaking price for this car.

Remember, the rarer it is, the harder the hammer falls...even if it's just a Honda.