American-built at the same Ohio facility as its supercar sibling. 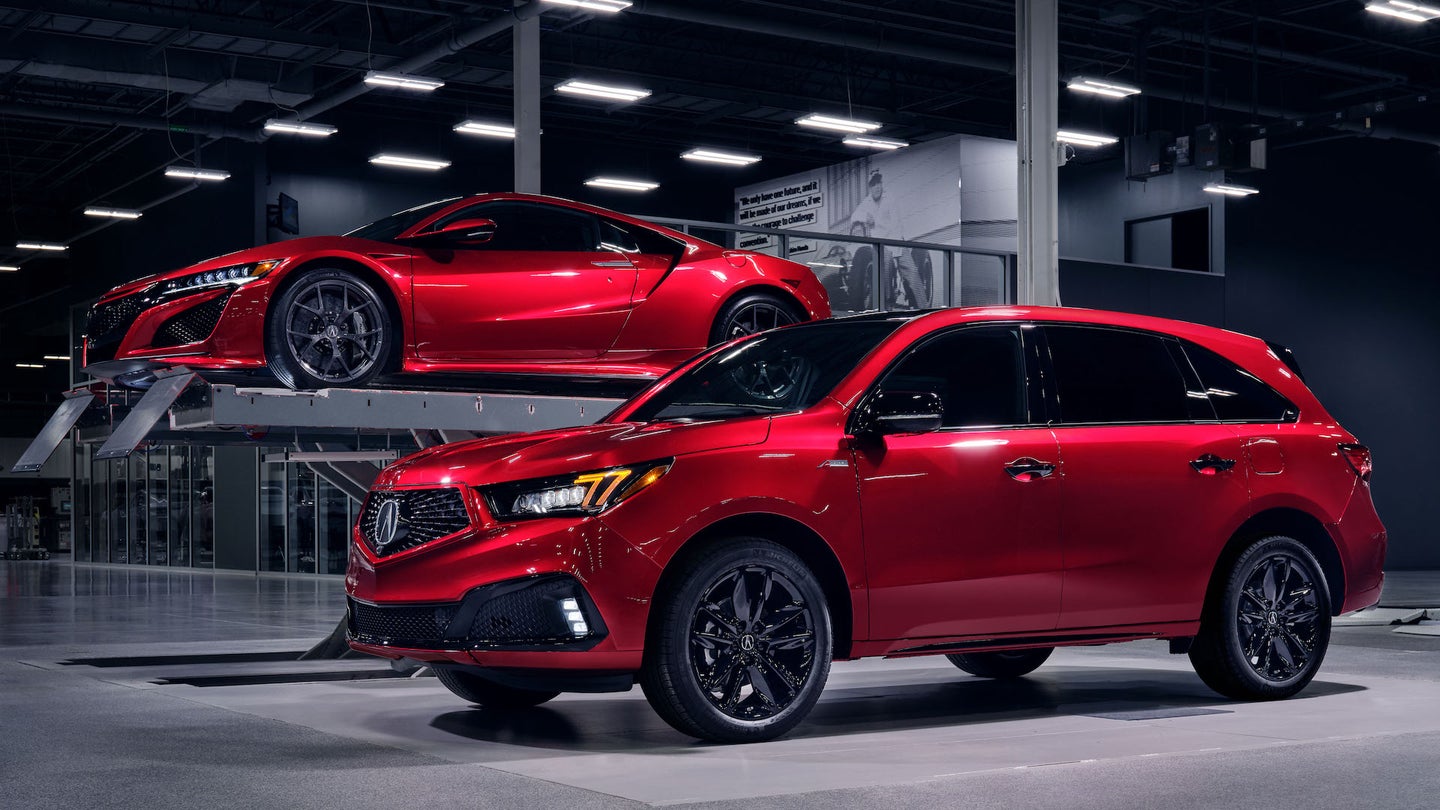 In its current form, the Acura MDX has been around since 2013. In car terms, that's getting pretty darn old. To keep the aging crossover fresh (on the showroom and in our minds), Acura has given it a new coat of paint and a dash of Honda-nerd street cred. Handbuilt at the same Marysville, Ohio assembly plant—excuse me, Performance Manufacturing Center—where Acura builds the NSX supercar, the 2020 Acura MDX PMC Edition is limited to just 330 examples and is said to be a combination of the feature-rich MDX Advance Package and the sport-leaning A-Spec.

Headlining the PMC Edition MDX is that awesome Valencia Red Pearl color. It's the same 15-layer paint that graces the NSX and PMC Edition TLX and the only color this special edition MDX is available in. Also exclusive to the PMC are a bunch of blacked-out parts including gloss black 20-inch wheels, roof panel and antenna, wing mirrors, door handles, front grille, and exhaust tips. Its black Milano leather seats are outfitted in Alcantara. Hell, even the center caps and lug nuts have been sprayed in black. The PMC is also the only MDX to get metal-finished paddle shifters and red stitching on its seats, steering wheel, door panels, center console, headrests, and front center armrest.

Of the 330 MDX PMC Editions to be crafted by hand, 300 will be dedicated to the U.S. while 30 are reserved for the Great White North (Canada). It'll start at $63,745 when it comes to dealerships Feb. 1, precisely $4,470 more than the Advance model. Is some fancy paint, black trim, and red stitching worth nearly four-and-half grand? Well, when you take into account how much cash a state-of-the-art paint job like this would cost on the aftermarket and the fact that it'll be more exclusive than the Lexus LFA, it almost seems like a bargain.

However, if you're part of the 95 percent of the crossover-buying public who doesn't really care about that stuff, it's probably best to try to get a deal on a non-PMC MDX. Or wait for the inevitable redesign.