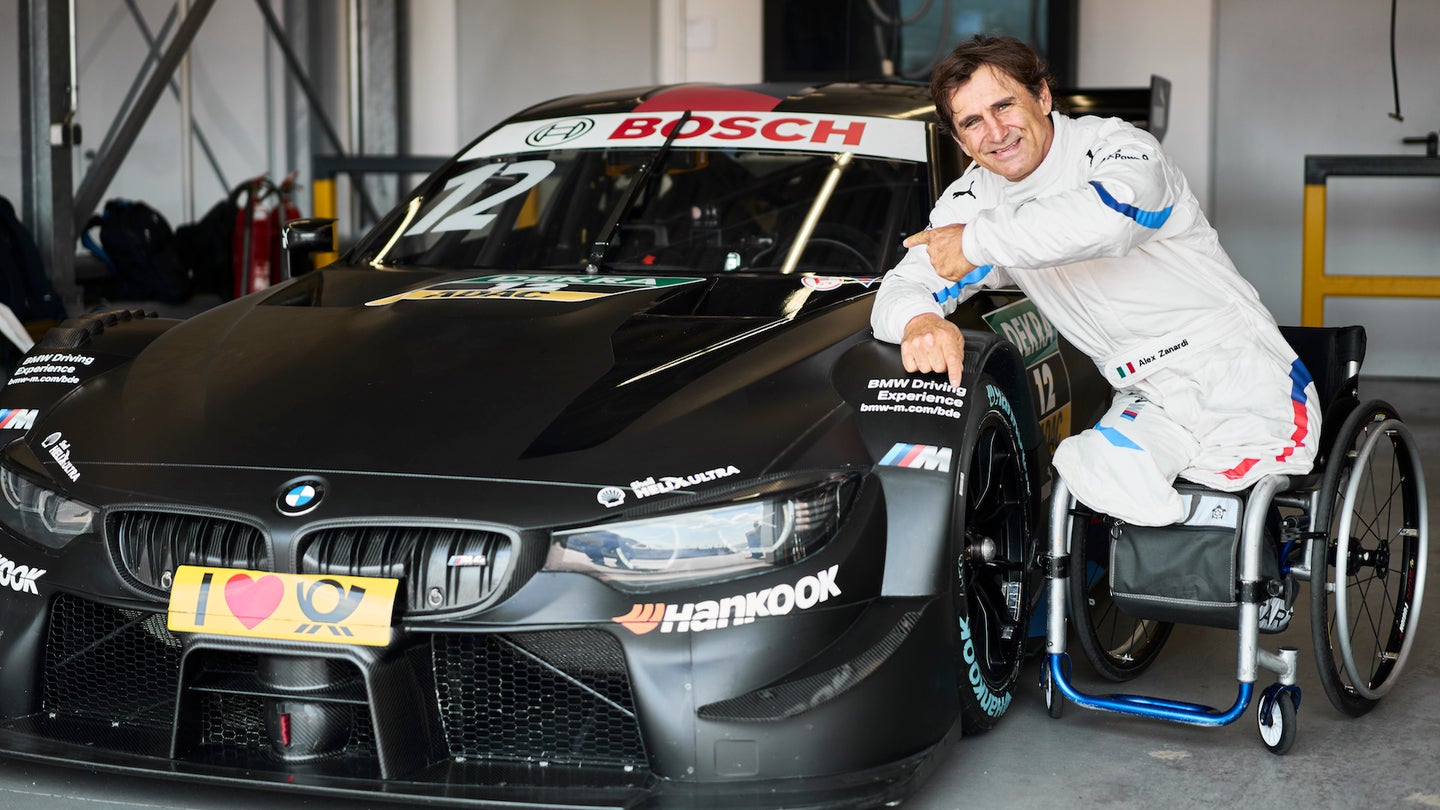 Former CART and Formula 1 driver Alex Zanardi is preparing for his upcoming appearance at the next Deutsche Tourenwagen Masters (DTM) race at the famous Misano racetrack in Italy. This will mark the first time the double-amputee participates in a sanctioned race without the use of his prosthetic legs.

BMW has specially modified the M4 DTM to allow Zanardi to control the vehicle’s accelerator and brakes with his hands via intuitive levers mounted behind the steering wheel. However, it's not the driving of the car that can be a challenge for the Italian, but egressing the vehicle in the case of an emergency like a crash or a fire.

There are specific regulations that state how quickly drivers must be able to remove themselves from their vehicles after an accident. Given the fact that Zanardi will be leg-less, quite literally, he will have to pass a test to prove that he can perform the same duty other drivers can and in the same amount of time.

“When an accident occurs, all DTM drivers must be able to get out of their car on their own,” said Christian Schmidt, Technical Delegate for the DTM. “This cannot take longer than seven seconds on the driver’s side and nine seconds on the passenger side.”

“This is to ensure that no-one has to wait for outside assistance if a fire breaks out on board, for example,” explained Schmidt. “An official fitness test will take place at the weekend and Alex will have to pass this. After that, there will be nothing to prevent him competing.”

After extensive training for the test, Zanardi has proven that he is perfectly capable of staying within the necessary time limit. While dressed in racing gear, including a crash helmet and HANS device, Zanardi was able to get out of his BMW M4 DTM in roughly 4.5 seconds.

“I am not worrying about this test,” Zanardi said. “I have always been convinced that I will pass it easily. There are plenty of handholds in a DTM cockpit that I can use to pull myself out. I wouldn’t say that I am faster at getting out than the other DTM drivers, but I am certainly no slower.”

Zanardi believes that not having his prosthetic limbs will actually be an advantage for him in the event of a crash. “I can move much faster without my prosthetic legs,” he explained. “There would be a greater risk of getting stuck somewhere with the prostheses.”

Zanardi can move with ease without his prosthetic legs outside of the car as well. If his vehicle is stuck in the gravel trap, for example, he can simply run on his hands.

The race car driver turned Olympic champion had both of his legs amputated following a gruesome crash in 2001 at the EuroSpeedway Lausitzring in Germany, where Alex Tagliani collided with him while contesting in the American Memorial CART race.