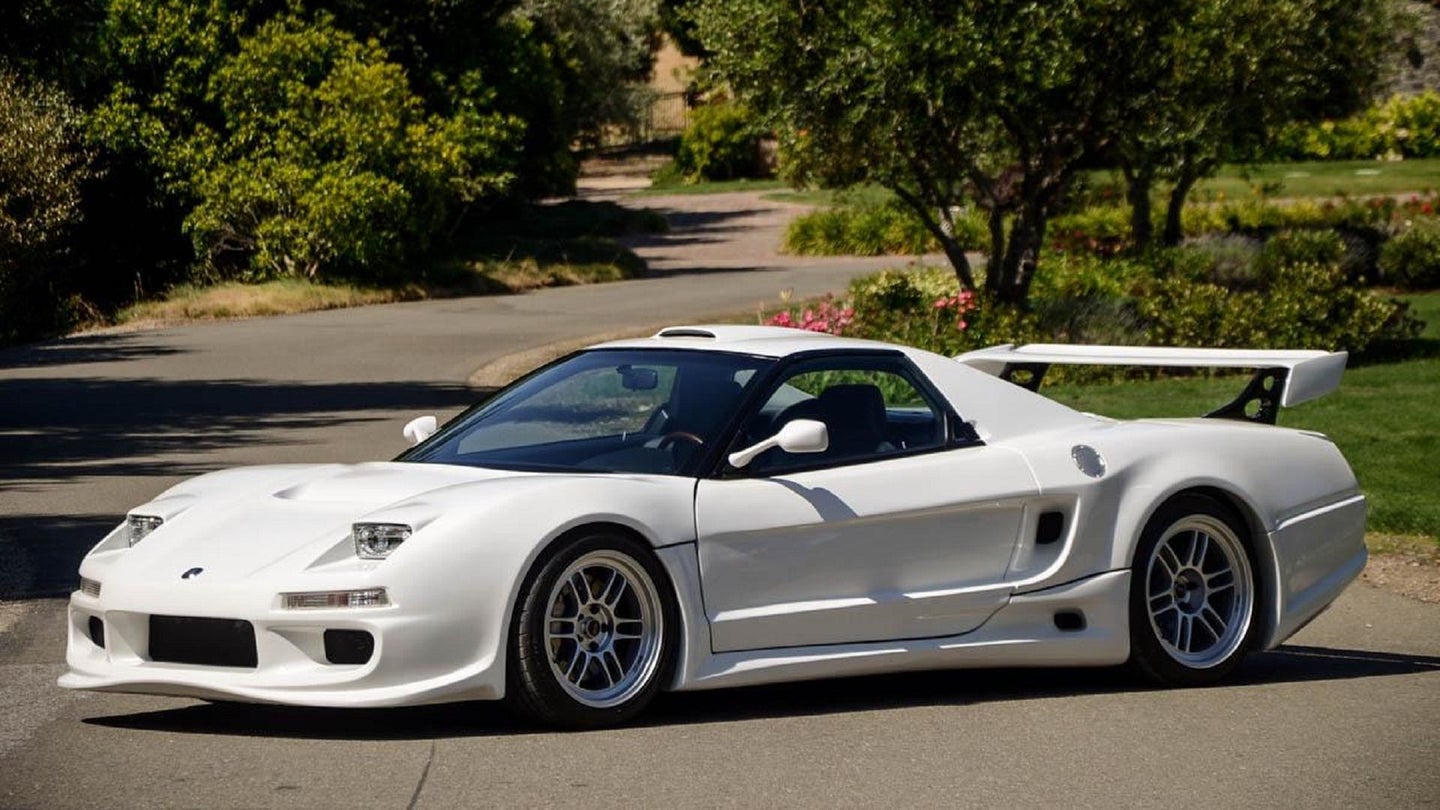 While most classic cars featured on Bring a Trailer pride themselves on being unmodified (and often barely driven), this 1991 Acura NSX being auctioned off from Morgan Hill, California is...something else. It's got 40,000 miles under its belt along with a good amount of aftermarket hardware under the skin but its most notable talking point, for better or worse, is a widebody kit from BSM.

According to the listing, only one other example of this particular body kit was ever made and its twin is currently located in Tokyo. It features a roof scoop, vented side skirts, fixed headlamps, a big rear spoiler, and an entirely different rear end. Love it or hate it, it's a candy-colored paint job and a couple of body decals away from being an extra in an early Fast & Furious movie.

As for performance upgrades, this modified Acura is packing a Comptech intake as well as a supercharger, ECU tune, and exhaust courtesy of CT Engineering. It's also got Endless-brand brakes, Zeal FX coilovers, and a set of Enkei RPF1 wheels wrapped in Sumitomo HTR ZIII rubber. On the inside, this NSX features a wood-finish Nardi steering wheel and shift knob, a Kenwood head unit, and an upgraded sound system.

If this sort of thing floats your boat, the highest bid as of this writing is sitting at $20,269 with three days left in the auction and no reserves. While we might not be the biggest fans of what's been done here, the car's license plate frame reads, "Life Is Too Short To Drive Boring Cars." Let's just say the guy or gal who picks this up will definitely be making the most out of their time.