NASCAR Hauler Crashes Into Car, But the Car Got Away

For a while, anyway — the got-hit-and-ran drivers were apprehended 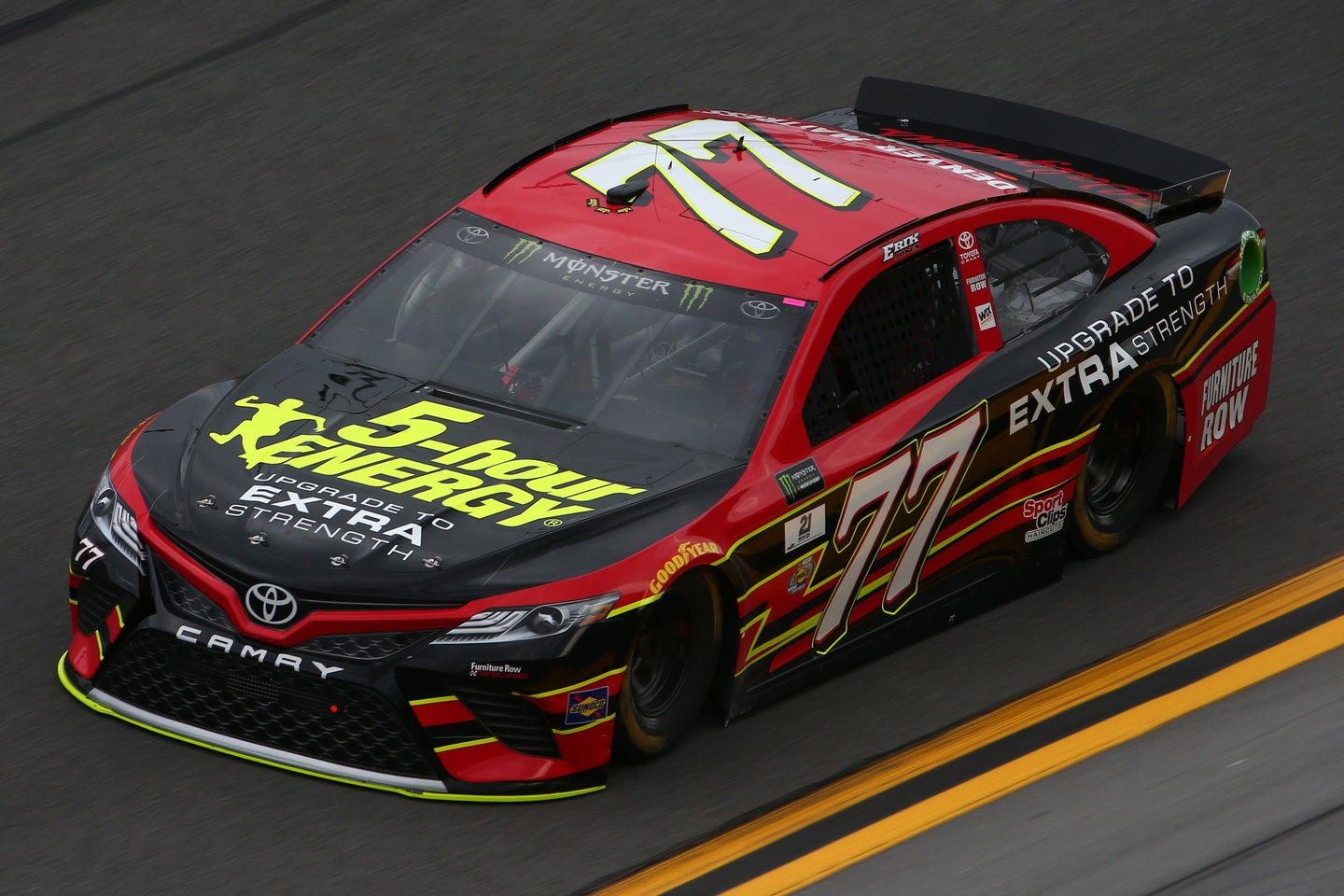 The two drivers of Furniture Row Racing’s No. 77 team hauler were uninjured, but their tractor-trailer rig wasn’t as lucky when it was involved in a hit-and-run crash on their way to this week’s NASCAR Cup Series event at Auto Club Speedway in Fontana, Calif.

It happened when a car carrying two occupants pulled off the shoulder and back onto the highway directly in front of the Furniture Row Racing hauler on Interstate 15, about 15 miles north of Las Vegas Motor Speedway. Truck drivers Travis Watts, who was at the wheel, and David Shano were uninjured. There was no damage to the trailer or its contents, including the No. 77 Toyota Camrys prepared for driver Erik Jones for this week’s event. However, the tractor sustained front-end damage and a replacement was rented from Rush Truck Center.

The two occupants of the hit-and-still-managed-to-run car were later arrested by the Nevada Highway Patrol. Exactly what kind of car can be rear-ended by an 18-wheeler, crippling the truck, but still managed to take off, we’re very interested in seeing.