A battalion of federal agents remains on high alert as the notorious drug kingpin is moved from prison to the courtroom. 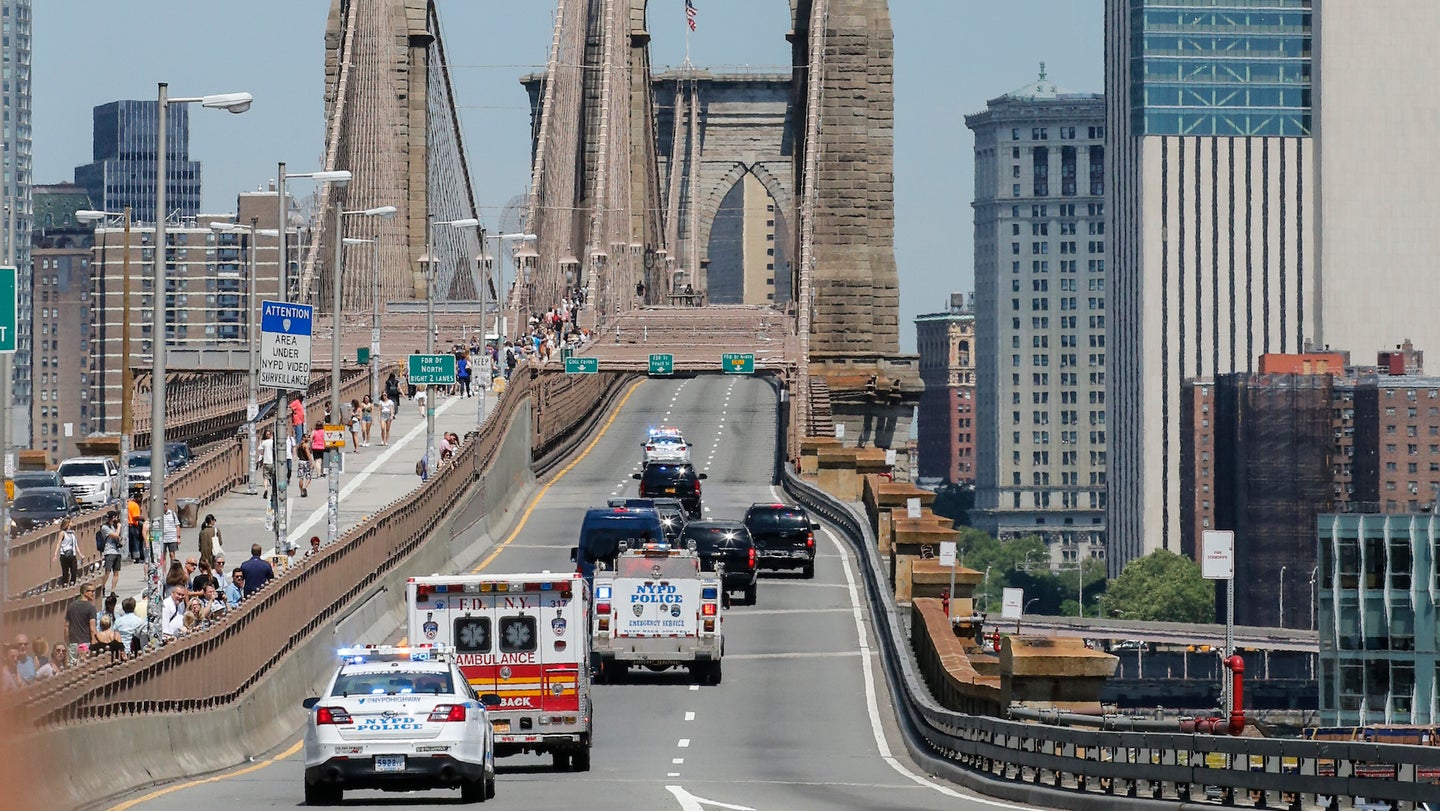 Traffic in Brooklyn will be more chaotic than usual this week, as court proceedings against notorious Mexican drug kingpin Joaquin "El Chapo" Guzman Loera begin at a Brooklyn Federal Court on Monday. Given Guzman's current residence at a high-security prison in Manhattan, Federal agents are scrambling to find ways to transport him to the NYC borough without throwing a wrench in the city's traffic flow.

Pretrial hearings held in early October forced law enforcement officials to close the Brooklyn Bridge up to twice a day as they transported Guzman to and from the courthouse located near the Brooklyn Heights neighborhood and his high-security residence. As a result, U.S. District Court Judge Brian Cogan announced that a plan to keep the high-profile inmate stationary in one location could be developed, but did not confirm its existence, according to USA Today.

Due to the unique features that surround Manhattan and Brooklyn, there aren't many alternatives should the Feds decide to transport Guzman by land. According to our own research on Google Maps, the only routes from the Metropolitan Correctional Center at 150 Park Row to the U.S. District Court on 225 Cadman Plaza include traveling on either the Manhattan or the Brooklyn Bridge. However, with the right permissions, the Coast Guard and Port Authority officials could allow a vessel to transport Guzman to Brooklyn, therefore minimizing the impact to local traffic.

Should a judge approve of it, the most direct but also most vulnerable way to transport a man accused of masterminding a global narcotics empire would be via helicopter. The quick aerial exercise wouldn't impact the city's flow and could cause the least amount of disruption to civilians daily lives overall.

"‘El Chapo Guzman is the world's #1 drug criminal," DEA spokesperson Rusty Payne told Forbes after his apprehension in 2014. "[He] has long been considered the #1 supplier of marijuana, cocaine, heroin, and methamphetamines into the U.S."

"El Chapo" Guzman Loera is considered by many to be the most successful and ruthless drug kingpin in the world, having led the violent Sinaloa Cartel to record profits from 1989 to 2014. Guzman was featured on Forbes' "The World's Billionaires" list in 2009 and successfully escaped out of several high-security prisons in Mexico before being extradited to the U.S. in 2017.

Agency for the Disabled Cited for Over 1,700 Traffic Violations in New York City

A report finds staff serving the developmentally disabled rang up hundreds of violations for speeding in a school zone, among other offenses.

El Chapo or Sean Penn: Who Has the Better Garage?

We breached security, encrypted our BlackBerry texts, and took a prisoner or two…