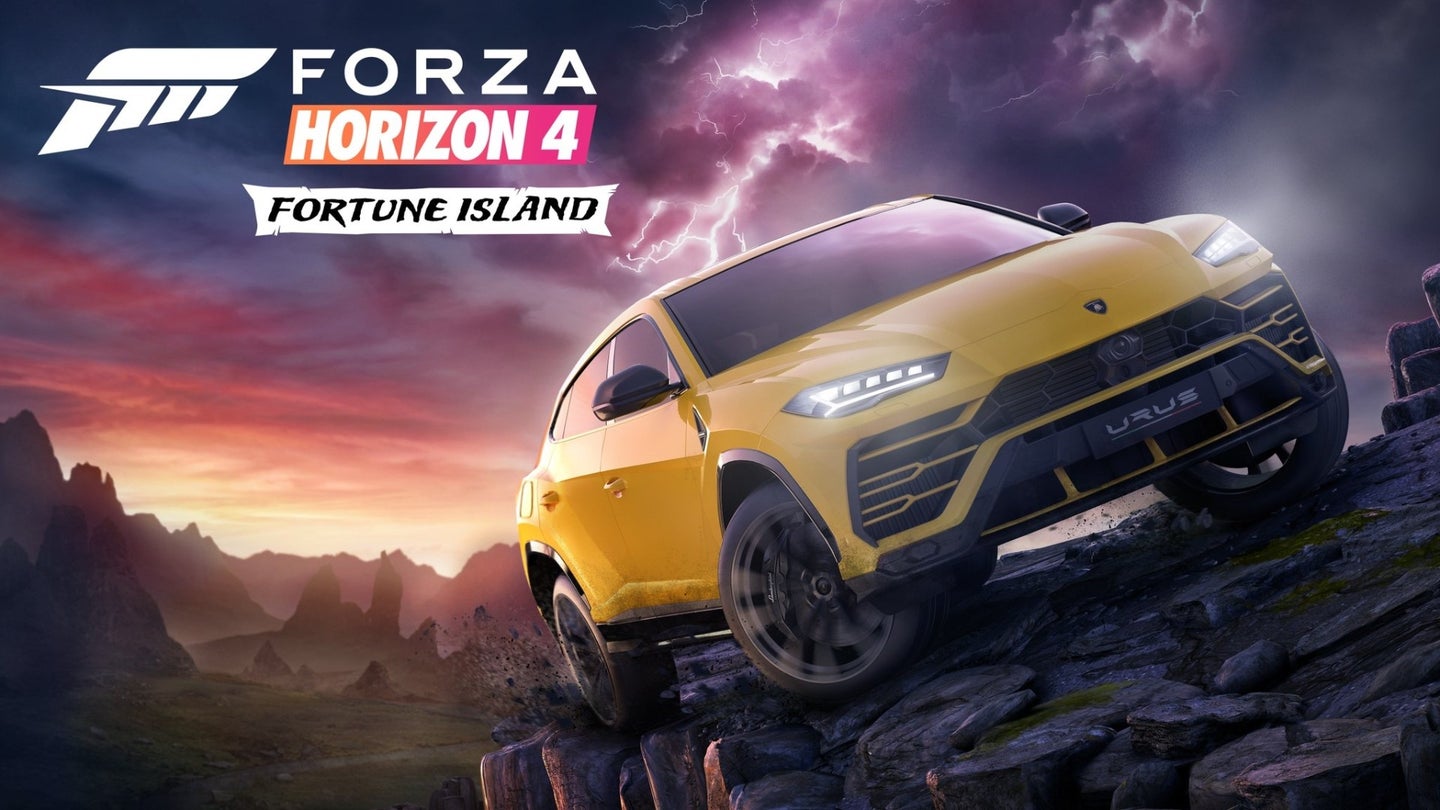 Forza Horizon 4, a.k.a. the best arcade racing game of all time, is getting its first downloadable expansion in the form of "Fortune Island," a fictional northern British Isle where extreme terrain and weather conditions appear to be a way of life. Developer Playground Games promises "fierce lightning storms, perilous cliffside dirt roads," as well as "sweeping paved mountain switchbacks"—a squiggle of digital tarmac that the company says is quantifiably the longest section of road it's ever built—"under the mystical glow of the aurora borealis in search of hidden treasure." Could "hidden treasure" refer to in-game credits or more classic car barn finds? We're thinking a bit of both.

The island is also said to be the biggest add-on Horizon location to date.

Announced at publisher Microsoft's X018 event in Mexico City, "Fortune Island" will be out Dec. 13 and be the first of two anticipated expansions for Forza Horizon 4. While players who opted for the Ultimate Edition of the game get this at no additional cost, Deluxe and Standard Edition gamers can get their virtual Island motoring on for either $19.99 à la carte or as part of a $34.99 bundle that includes both planned expansions. The second expansion is scheduled to drop sometime early 2019.

Confirmed by artwork released by Xbox, Horizon 4 will also be getting the physics-defying, all-wheel-drive Lamborghini Urus SUV, a formidable companion on Fortune Island's winding roads and wet weather.

Forza Horizon 4 is available now for Xbox One and Windows 10.