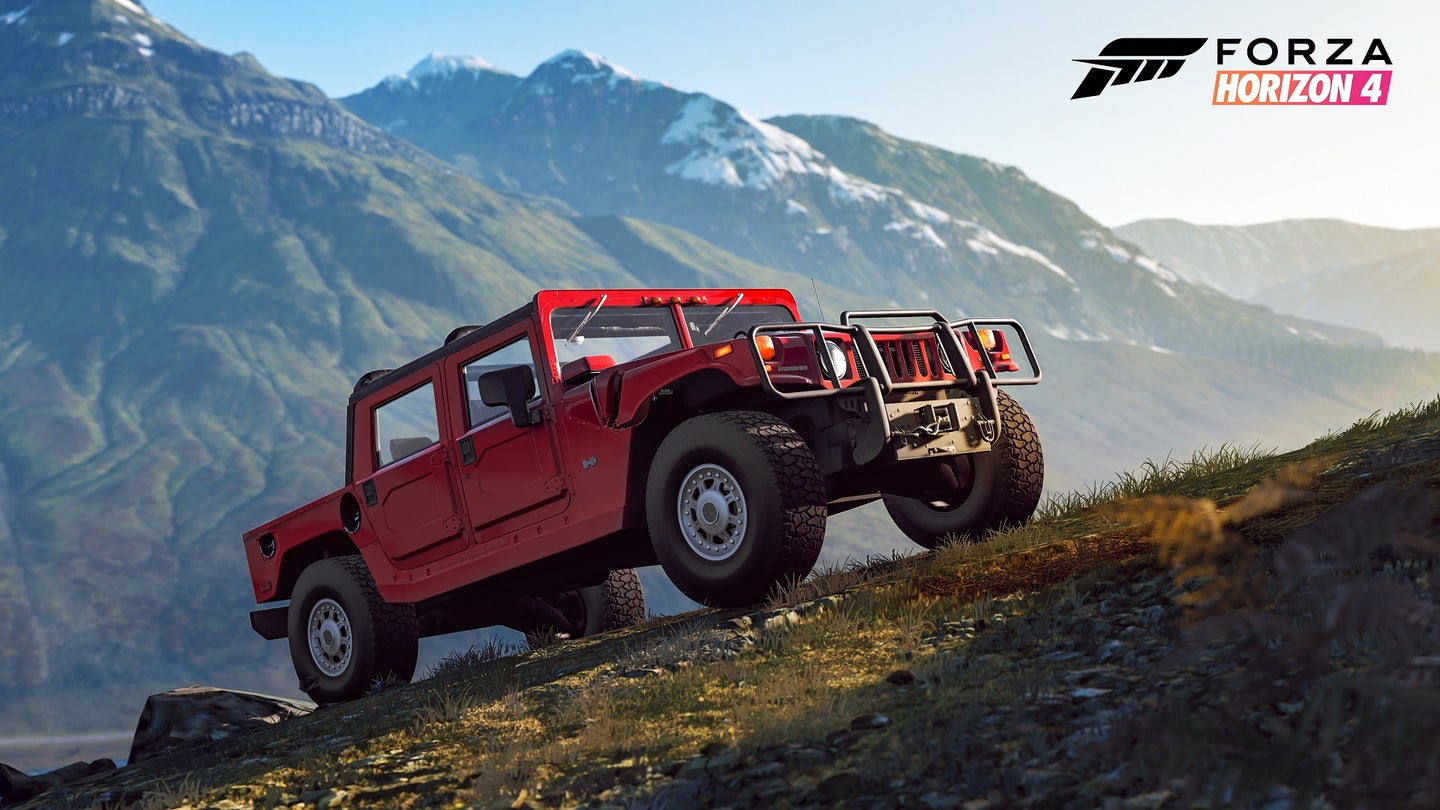 It may be time to revisit what we once described as the best arcade racing game of all time, because Forza Horizon 4 recently got a sizeable update that looks pretty darn cool. Headlining the content drop is a total of 12 new cars, nine of which are off-road vehicles that appear to have been added specifically to dominate the game's new battle royale-style "Eliminator" game mode.

Available now inside the Xbox open-world racer is the Alpha Open Top version 2006 Hummer H1, Mercedes-Benz Unimog, Mini X-Raid, a specially-tuned Jeep Wrangler DD, the Funco F9 buggy, the Quartz Regalia D, and for some reason, an "off-road" version of a London taxicab, all according to the official Forza Motorsports blog. The quirkiness doesn't stop there though. Also being added are Top Gear's record-breaking Track-Tor, Master Chief's M12S Warthog CST from Microsoft's other blockbuster video game franchise, and...a monster truck version of the Quartz Regalia from Final Fantasy XV.

For players more interested in nailing apexes in cars based in reality, Horizon 4 also gets the godly Lamborghini Huracan Performante and a 1964 Porsche 356 C "Outlaw" restored by Emory Motorsports.

For those keeping track, only the Lambo and the Porsche could be found in that list of 120 allegedly upcoming cars leaked last month meaning even if it is a blueprint of downloadable cars to be added to Forza Horizon 4, it isn't an exhaustive one.