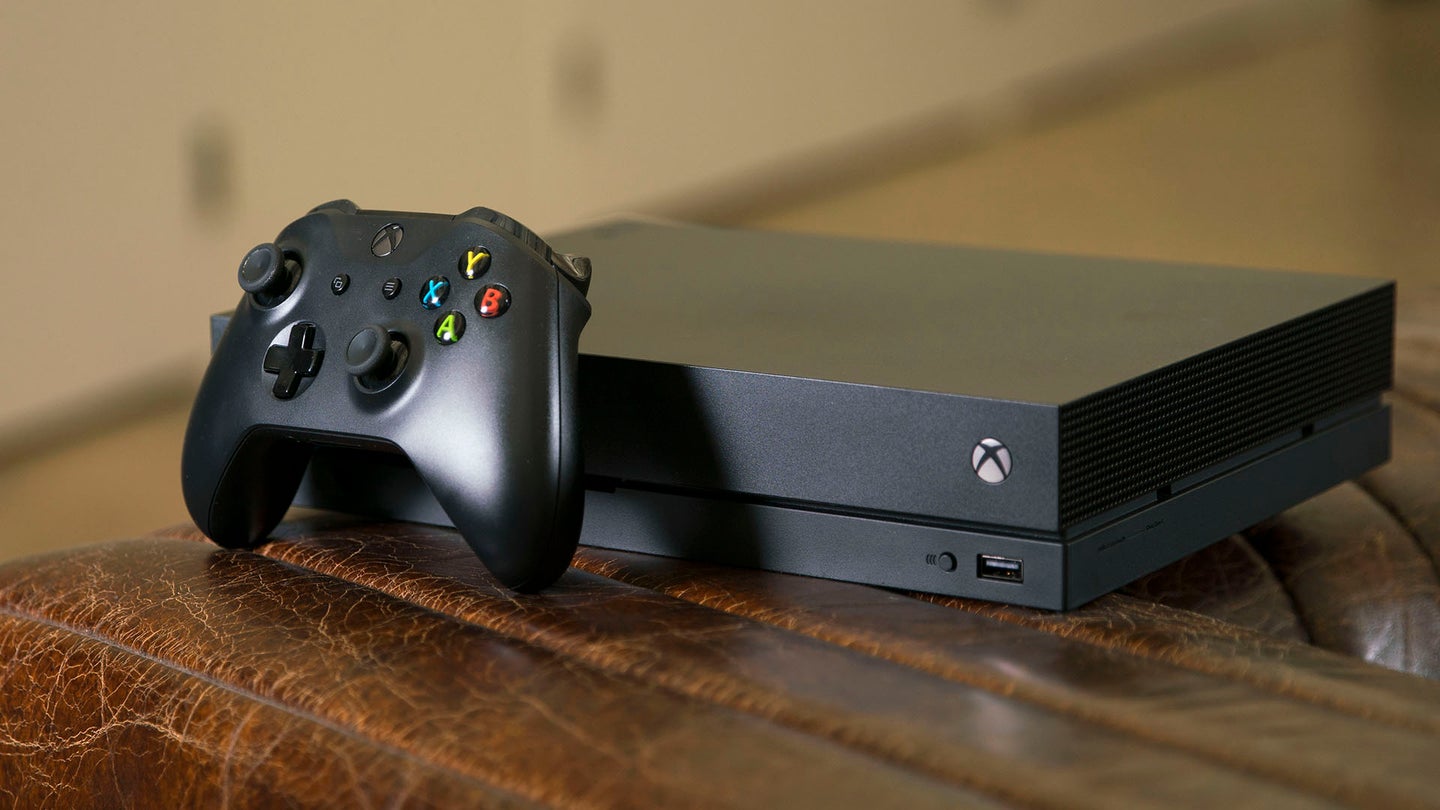 The sunset in Rio is nice, but the screaming V12 behind you is what really makes the moment beautiful. You keep an eye on the the redline and tap the tiptronic, which shoots you to the better half of 100 mph out of third; too fast for the turn. 770 horsepower seems dangerous with the traction control off, but you’ve committed. Unfortunately, you hit the gas a little too early and lose control of the $2.7 million Lamborghini Centenario, one of only 40 in existence. Off to the side, cannons blast colorful confetti as you drift this handcrafted masterpiece right into a barrier.

Your panic peaks until a calming graphic pops up on your lower screen, and you press “Y,” which rewinds you to the start of the turn. This time you nail it, and experience a satisfaction that only too few have ever felt.

Most of us would never get a real chance to drive millions of dollars worth of supercars recklessly through picturesque environments—until now. Forza 7’s stunning 4K HDR graphics are the perfect companion for the most powerful gaming console to date, the Xbox One X.

The One X is Microsoft’s nod to the serious console gamer, boasting specs and load times that were once only achieved on purpose-built PC gaming rigs. The company describes the Xbox One X as “the only console system designed to play the best games of the past, present and future.” Along with new titles designed to take advantage of the enhanced specs, Microsoft promises your old library of Xbox One games “will look and play better” on the new box. But with a steep price tag of $499 and stiff competition from Sony (not to mention gaming PCs), should you opt for the high cost of the Xbox One X?

The Xbox One X, Ranked

If money isn’t a factor, buy it; the Xbox One X is a great piece of technology and an amazing showcase in graphical gaming prowess. If the price tag is a reservation for you but you want to stay in the Microsoft world, then go with the the Xbox One S, which can play 4K games, comes with an UHD 4K Blu-ray player, and can be found for less than half the price.

In a world where add-on hardware and other accessories seem to take precedence over gaming power, the Xbox One X decided to go back to basics and make an ultra powerful gaming machine. It’s difficult to justify when reading price per spec, but there is no console that offers such a powerful experience in a convenient, consumer-friendly package. We were shocked by how much that changed the way we approached video games in general, allowing us more actual playing time on a busy fixed schedule without having to factor in load times as well.

Gaming aside, the Xbox One X does an admirable job creating a portfolio of entertainment options, and can easily be used as your go-to streaming hardware. With its powerful capabilities, it should be somewhat future-proof, at least for a while. But if VR takes off—and yes, that's a big if—that will change. At the end of the day, though, this is the first console to hold its ground against PC gaming rigs for about the same price. If you're a pixel-peeping audiophile with no budgetary restrictions looking for the most impressive console gaming experience, the Xbox One X is worthy of a central spot in your entertainment center.

The Xbox One X, By the Numbers

Amount of game-loading downtime for tweeting or answering texts: Little

Microsoft’s Giving Away This Custom Audi R8 Xbox One Console

Hopefully with an apology.