Astro Gaming A20 and A50 Headsets Review: These Cans Will Ruin Anything Else You Put on Your Ears

Just consider breaking off the microphone. 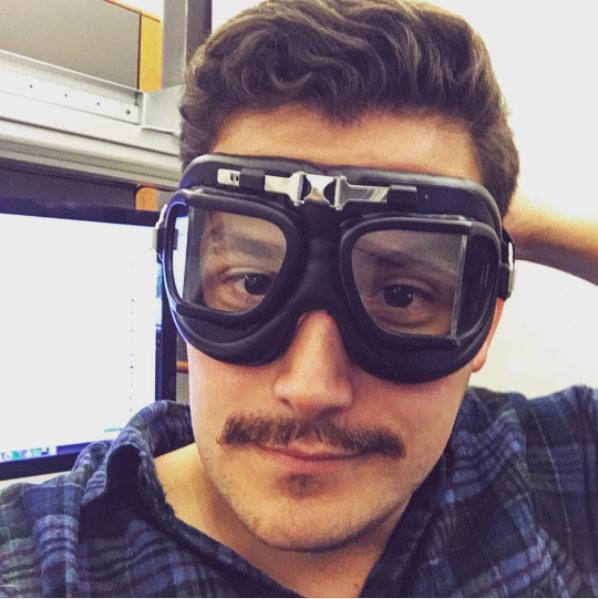 Hearing a car’s rumbling exhaust can be a blissful auditory experience—in person. Record that rev on your phone, and the sound is diminished to a tinny, hollow blip, a pathetic imitation of the real thing. In gaming it’s no different: fire up Forza, and while that Lamborghini Aventador looks gorgeous in 4K resolution, you’re only getting half the experience if you don’t have the speakers to support that glorious V12 roar.

So what’s to be done? You could opt for a surround sound experience, but then there’s the expensive receiver, speakers, and having to run cables around your room. Next time you’re in a movie theater, notice how many boxes there are on the walls and how much sound paneling is involved. It takes a lot to recreate sound accurately in a large room, which brings us to what we believe has been the greatest upgrade to hit gaming since the joystick: wireless headphones.

Astro Gaming services up high-end tech (priced accordingly) designed with gamers in mind. The company spun out of a big-time design studio, so there’s a lot of thought that goes into how these headphones look and function. From its everyday wired A10 ($59.99) to the wireless, surround-sound A50 ($299.99), Astro offers up a range of headsets for most budgets. This week we’re testing both the mid-level A20 ($119.99) and the top-of-the-line A50 on a PC, Mac, and an Xbox One X, but the same units are available for PS4 and Astro offers other options that work with the Nintendo Switch.

Both of these sets offer incredible sound. The A20 plays only stereo and the high end falls a little flat if we’re being extremely picky, but by and large playback is great. Some speakers and headphones digitally tune out lower frequencies at higher volume, but there’s no falloff here. All in all, the A20 feels like a great daily headset. The sound in games is rich and dynamic and not overly bassy, which seems to be a growing trend among more expensive rigs.

Meanwhile, the A50 is on another level. We were hesitant to experience surround sound “in” a headset, worried that there’s no replacement for displacement, but we couldn’t have been more wrong. Anything we threw at it—music, video streaming, games—it ate without breaking a sweat, returning delicious high fidelity with ease. Sounds are rich and not overly combative on any frequency. Highs sound crisp and clean, mids are clear, and bass notes are rumbly but not obnoxious. Although the signal goes through some digital manipulation, we didn’t find it bothersome. Then there's the surround sound effect, which enhances your spatial awareness in games. You can hear someone sneaking up on you, or a car going for a pass, or an explosion off to one side, and tell exactly where it’s coming from. It’s one of those things that you don’t know you need until you try it, and then can’t imagine ever living without it.

The same might not be said about the design, though. The A50 definitely screams GAMING, and its glaring neon motif might be a little much for some. It probably wouldn’t go over too well at the office, though in our book, it’s pretty much on par with most gaming headsets out there. The A20 is much more minimal and more appropriate for daily use. Case in point: our video editor uses them at his desk every day as normal headphones.

Overall, the Astro A-line headsets are hands down the most comfortable we’ve ever tested regardless of the size of your noggin. We work in an open office and edit video constantly, so headphones are a must for most of the day. Both the A20 and A50 use a very soft fabric that envelops the ear in a downy pillow of garage rock. We had zero problems with extended use out of the box. Honestly, for most non-audiophiles, that all-day comfort will probably be the biggest draw here.

Most importantly, the wireless technology worked flawlessly for the A20 and A50. The signal never dropped out and played without any noticeable lag. We found the range extended at least 100 feet from the system, which bodes well for any realistic gaming setup. We did notice some slight break-up when moving behind an obstruction (in this case a cement pillar), but again, it should perform as stated in any normal living room.

The biggest drawback for both sets is the microphone, which is passable at best. You can argue that no microphone on any headphone can compare to a standalone mic constructed for a singular purpose, but there are better ones out there (try the Sennheiser Game One). The flip-up-mute feature is nifty and works well, but we found ourselves rarely using it.

Another con might be the lack of phone connectivity. It's true that these are not your average headphones and that they’re made for a specific use, but with the rise of mobile gaming, it seems like a lack of foresight—especially when other brands like Logitech offer attachments for mobile devices at basically the same price point.

These are headphones first and foremost, and they headphone very well. The amazing sound and superior comfort are worth the price, as long as you aren’t looking for a good microphone attachment or to use them for the world’s most immersive session of IQ or Candy Crush.

The A50 is one of the best sound experiences we’ve heard in this small a package, while the A20 is a fantastic everyday option if surround sound isn’t a must. Critically, both are comfortable enough for extended daily use. And after just a week, it’s safe to say that either will ruin all your other headphones for you.