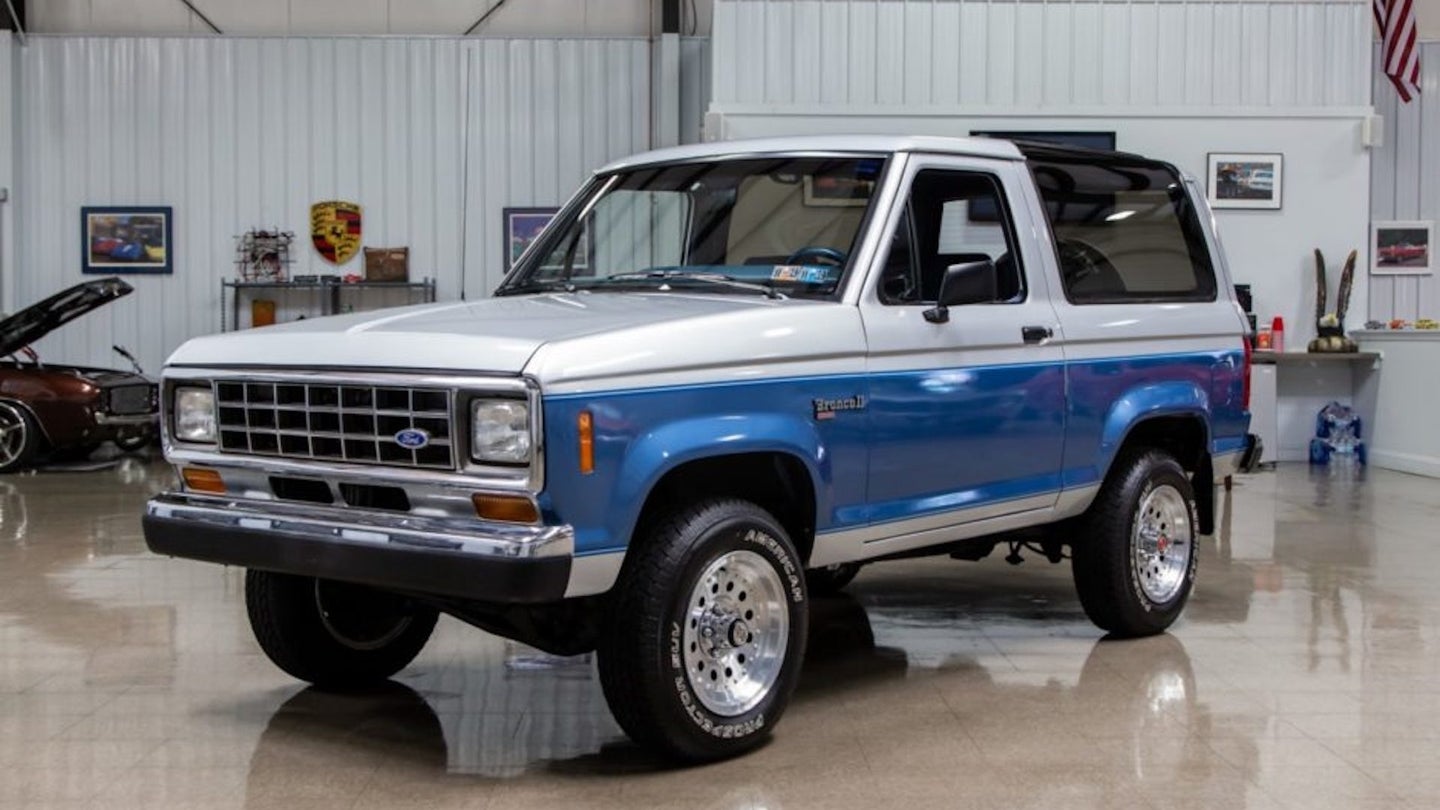 What might be the world’s nicest remaining Ford Bronco II is up for auction right now on Bring a Trailer and the call of the blue-over-woodgrain interior is strong with this one. The long-forgotten SUV is a rarity, as many of the remaining examples have been driven back into the ground from whence they came.

Now that the Radwood Effect has hit full stride, we’re seeing more and more super-mint vehicles from the 1980s and 1990s hit the market at wildly inflated prices. This gem from 1988 has been bid up to just $7,600 at the time of this article’s writing, but there are still six days left for it to climb into the stratosphere. And what a gem it is, showing just 27,000 original miles on the odometer.

Under the hood, there’s a fuel-injected, 2.9-liter V6 that made 140 horsepower when new. Almost everything is original, but the seller has replaced an oil cap and part of the exhaust. There’s a four-speed automatic transmission with overdrive and power can be sent to all four of the sweet '80s-era, 15-inch, cast-aluminum wheels.

The original owner held onto it until his passing in 2016 and kept it in near-showroom condition. The factory two-tone paint job is in great shape and has only had minor touch-ups over the years, despite the Bronco’s occasional use as a snow-plow truck. The blue-on-blue-on-blue interior shows little wear, and the cloth seats appear to have plenty of padding left. All of the original wood veneer is intact, and the dash sports the stock AM/FM/cassette/clock radio.

The Bronco II was sold in the mid-'80s and was smaller than “standard” Bronco at the time. The “deuce” was based on the Ford Ranger pickup truck and marketed against the Chevy S-10 Blazer and Jeep Cherokee. Broncos of all types have seen a resurgence in recent years as enthusiasts yell for Ford to make a new one. The company listened and will make a new one next year, but for now, we've got this little guy to hold us over.