Pony up and Buy This One-Owner 1994 Ford Bronco Centurion With Only 41,000 Original Miles

We may see a four-door Bronco from Ford next year, but the folks at Centurion Vehicles were the original tastemakers. 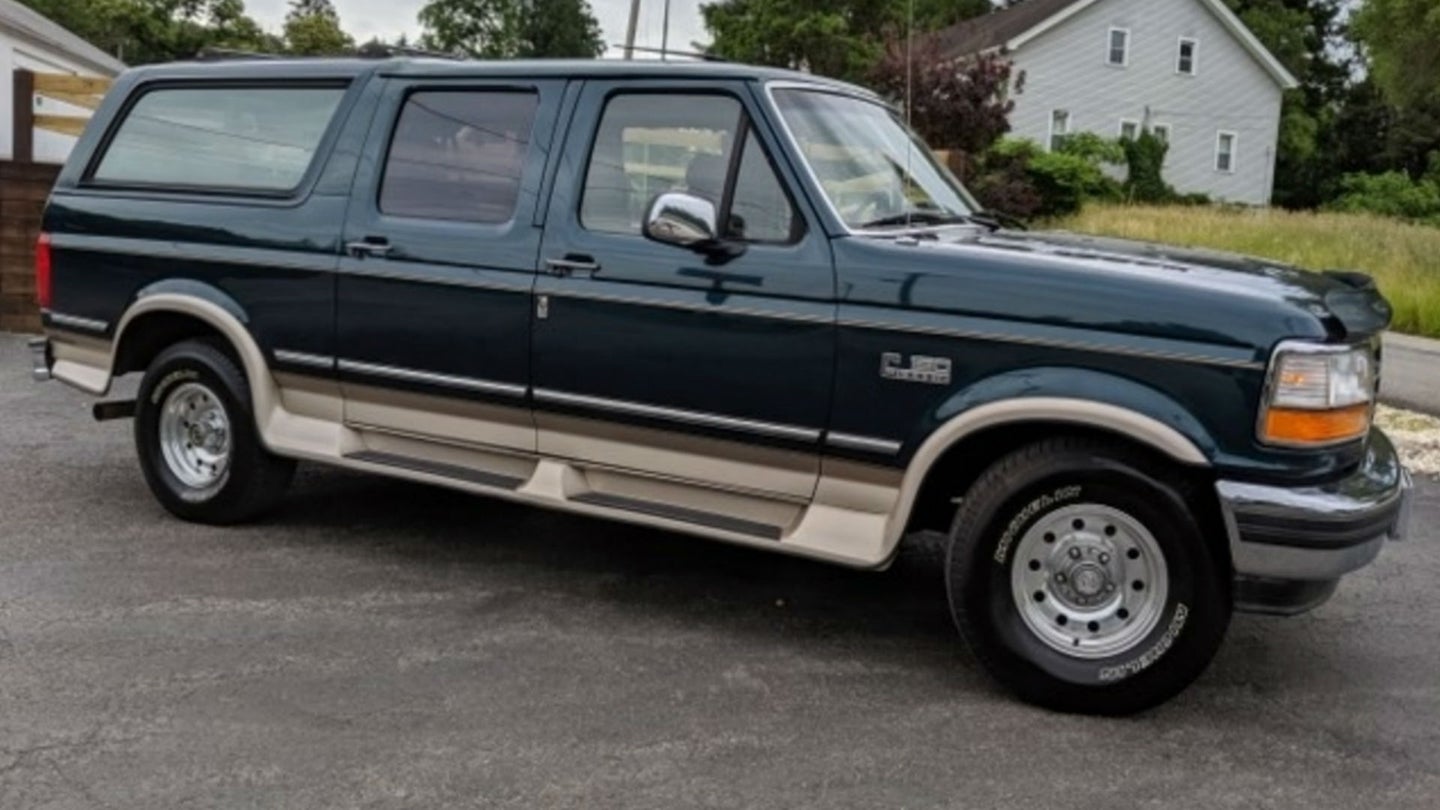 Not everyone has heard of the rare Ford Bronco Centurion, but there's great news for those that love the four-door brute: this one's for sale on Ebay right now, sporting just 40,000 original miles.

This truck's also about as mint as it gets. Showing almost zero wear for its age and use, there’s not much to nitpick with the Centurion's condition. The truck is a C-150, meaning it was based on the F-150 at the time. Centurion also made a C-350, which was built on, you guessed it, the F-350.

The seller says that it’s been a Florida truck since new, meaning rust and corrosion are likely minimal. It’s not surprising since this is one of the most Florida things we’ve ever seen. The tan leather interior appears to be in great shape and the Centurion-stamped wood paneling looks to be clean as well. Someone with a taste for the finer things in life has even added a CB radio and a VCR, rounding out the full-on '90s feature set.

The Bronco Centurion was not a factory job, though that’s not to say there wasn’t demand for a Ford-made Chevy Suburban competitor at the time. It would be a few years before the Ford Excursion hit dealer lots, so the aftermarket had to pick up the slack. Centurion Vehicles was a conversion company that specialized in fusing the F-Series crew-cab pickup and Bronco to create a four-door SUV. Centurion started by shortening the pickup’s wheelbase and applying the Bronco’s rear quarter panels and tailgate to the truck’s frame. The franken-truck retained a back seat from the Bronco, giving it a full three rows and room for up to nine people.

Now, tell us why you need that $80k Expedition again?