The Magical Mystery Plant Tour rolls on, as we check in on the newest auto assembly plant in the world: Geely's Lynk & Co plant in Northern China. 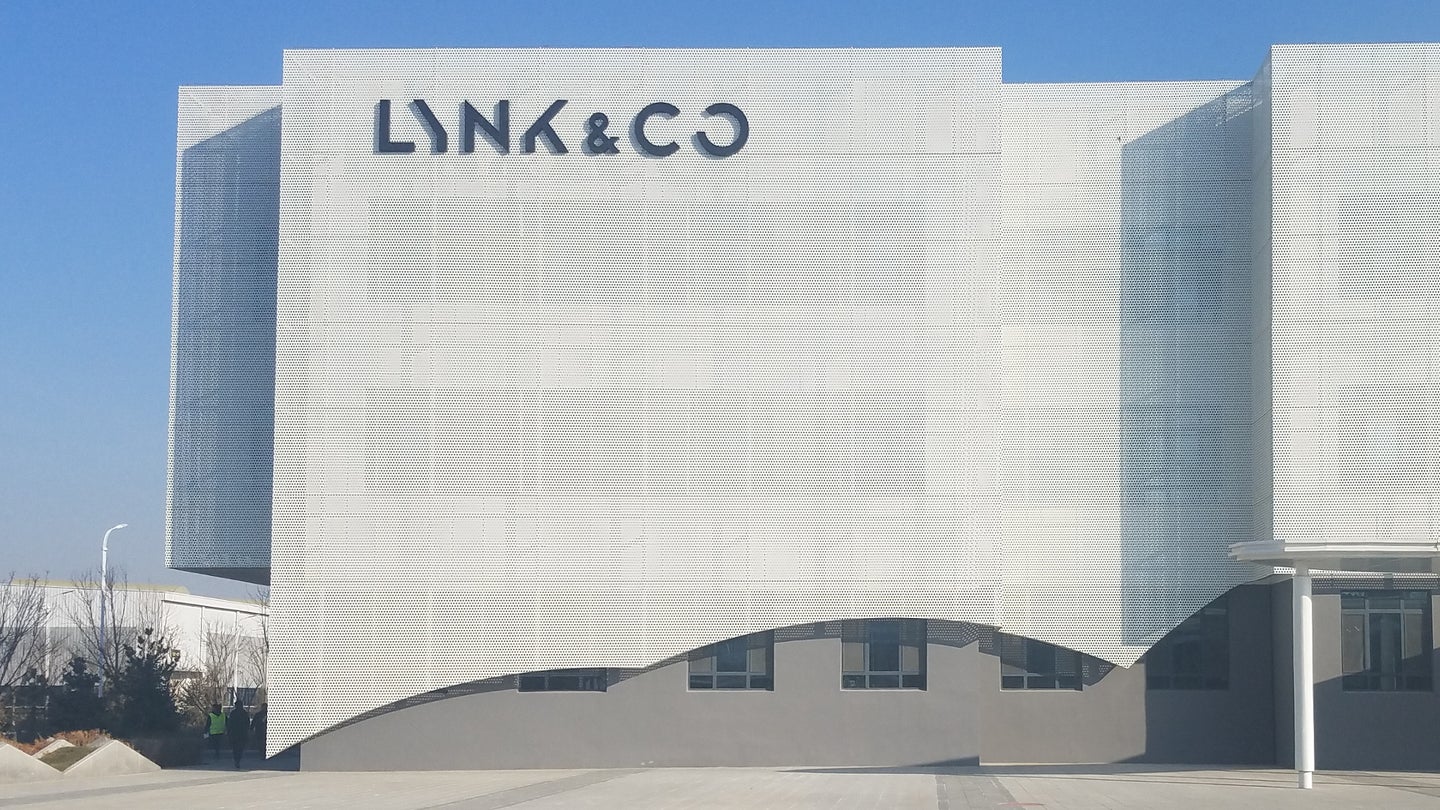 As our jet approached Beijing, the seemingly endless forest of high-rises stretched off toward the mountains providing a dramatic perspective on China’s staggering scale before we even touched down. Once on the ground we promptly load onto a bus that drives us Northwest toward the same mountains, past the Great Wall and on to the little-known town of Zhangjiakou (pronounced jong-ja-koh). There, in a hinterland previously dominated by agriculture and military facilities, the world’s newest car factory has sprung up to produce cars for one of China’s newest and most ambitious brands: Lynk & Co.

Widely misunderstood by nearly everyone, myself included until this trip, Lynk & Co is often described in the media as a “Volvo sub-brand,” a “subscription-based automaker” and a “Chinese export brand.” In fact, Lynk & Co is a wholly-owned company of the Zhejiang Geely Group that builds a line of fashionable C-segment vehicles on Volvo’s Compact Modular Architecture for the younger, hipper elements of the Chinese market.

Much of this confusion is quasi-intentional: everything Lynk does, from its overseas launch events and dubstep-soaked promotional videos to its talk of new business models and global ambitions are efforts to appeal to the Chinese market. In a market that as long seen foreign brands as the ultimate in automotive prestige, Geely has found that making Lynk appear to be a more global and Western-facing brand than it actually is plays well with Chinese consumers. As one Magical Mystery Plant Tour attendee put it, Lynk & Co is the automotive equivalent of Häagen-Dazs: a brand that is masterfully contrived to capture the feel of a foreign heritage.

Lynk & Co’s relentless branding extends as far as its brand-new factory, which looks as a CGI design rendering had suddenly materialized in a dusty industrial area outside of Zhangjiakou. This “fashion factory,” as Lynk & Co’s branding mavens describe it, is designed to stamp, weld, paint and assemble 200,000 compact crossovers and sedans per year, but unlike most other car plants it is also very much designed to be seen. The Magical Mystery Plant Tour may be only the second group of foreigners allowed into the plant, but what we found is a factory that is made as much for Instagram as it is for manufacturing.

Every inch of the factory complies with Lynk & Co’s rigorous visual branding guidelines we are told, prompting one tour attendee to wonder aloud if the brand’s signature safety-yellow slash was chosen so that the assembly lines could simultaneously comply with safety and branding standards. The manufacturing system is Volvo’s CMA design, with a Geely-developed production data analytics system and red ABB robots replaced with Orange Kuka machines that better fit the brand’s color palette. Our tour begins high above the body welding shop, in an enclosed glass walkway that gives a 360 degree view of the color-coordinated robots below, transforming processes typically hidden behind safety cages into a unique display of industrial exhibitionism.

Moving to the assembly area, we find spotless, if fairly conventional, production lines building the brand’s 02 crossover and 03 sedan. There are an unusually high number of workers on the end of the line, and many of them seem to be doing things that you’d expect to have been done earlier, like attaching trim pieces. Plant manager Xiangbei Tong admits that the plant’s First Time Through rate is currently above 10% which is much higher than he’d like, and that the entire plant can and eventually will be a lot more lean than it is after six months of production. “We are still in launch mode,” he says. “Process improvement will come later.”

There’s no evidence on the assembly floor of European-looking workers breakdancing, as they are shown in a promotional video that runs on a loop in the plant’s lobby, and Tong says the local workforce has been one of the plant’s biggest challenges. With so little industrial activity in and around Zhangjiakou, he says, most of the workers had no relevant work experience and in some cases have even needed to be educated in basic behavior standards. The earliest hires were sent to other Geely Group factories around China for training, but plant has also established an onsite training facility where workers can advance their skills.

Inside the relentlessly-branded Lynk & Co Academy, a miniature assembly line moves tiny wooden cars while workers learn proper bolt fastening and other basic assembly techniques. The facility and the training that goes on inside it are tiny and extremely basic compared to the massive Toyota training center we toured in Japan, but the task here is also far more limited. With 3,200 employees building a maximum of 200,000 units per year, it seems pretty clear that the strategy here is to make up for the lack of quality labor with quantity.

Once again, it’s impossible not to marvel at the dramatic contrast between this “fashion factory” and the Toyota plants we’d seen on the tour’s previous stop. From old plants retooled for maximum capital efficiency and staffed by high-skilled workers in Japan to this brand-new nearly $2 billion factory full of new equipment and inexperienced labor, they could hardly have been more different. Even the personalities of the two cultures were opposite, with Toyota coming across like an experienced older person who calculates and plans every detail and chooses their words carefully while Lynk has the instinctive, exuberant and image-conscious demeanor of a slightly reckless young person.

Like so many young people, Lynk & Co has a lot of ideas about what it wants its future to look like, but it doesn’t always know exactly how to get there. Its “subscription model” turns out just be short-term leasing, and not something that affects production planning in any meaningful way. Car sharing hasn’t evolved beyond expressions of interest, due to legal complexities and the need for in-cabin cameras. Having wondered how the brand’s new business models might affect its factory operations, it turns out they are little more than aspirational branding ideation… and given that the brand’s sales have more than doubled since they started last December, they seem to help drive old-fashioned private sales.

With slowing growth turning to talk of a possible downturn in the Chinese car market, it will be fascinating to see if Geely’s youthful swagger takes a more sober turn and if factories like Lynk & Co’s in Zhangjiakou survive or become highly-branded monuments to the hubris of a market that has yet to see a real down cycle. It’s easy to imagine Lynk & Co continuing to grow like crazy and this plant expanding to a nearby lot that is already being prepped for construction, but it’s also just as easy to imagine the whole project being abandoned and forgotten in a brutal downcycle and it’s “fashion factory” moldering, Ozymandias-like in the dust of Northern China.

For now, however, the Zhangjiakou plant reinforces an important lesson that’s been demonstrated on every stop of the tour so far: factories can and should be an important brand-building tool. Whether a showcase of heritage and high technology like Dearborn Truck, a sober manifestation of craftsmanship and culture like Toyota City, or an Instagram-ready temple of branded cool like this Lynk & Co plant, a factory always reflects the company that runs it. Rather than trying to replicate the trappings of Silicon Valley, automakers should look to their plants to both discover and reinvigorate their public images.