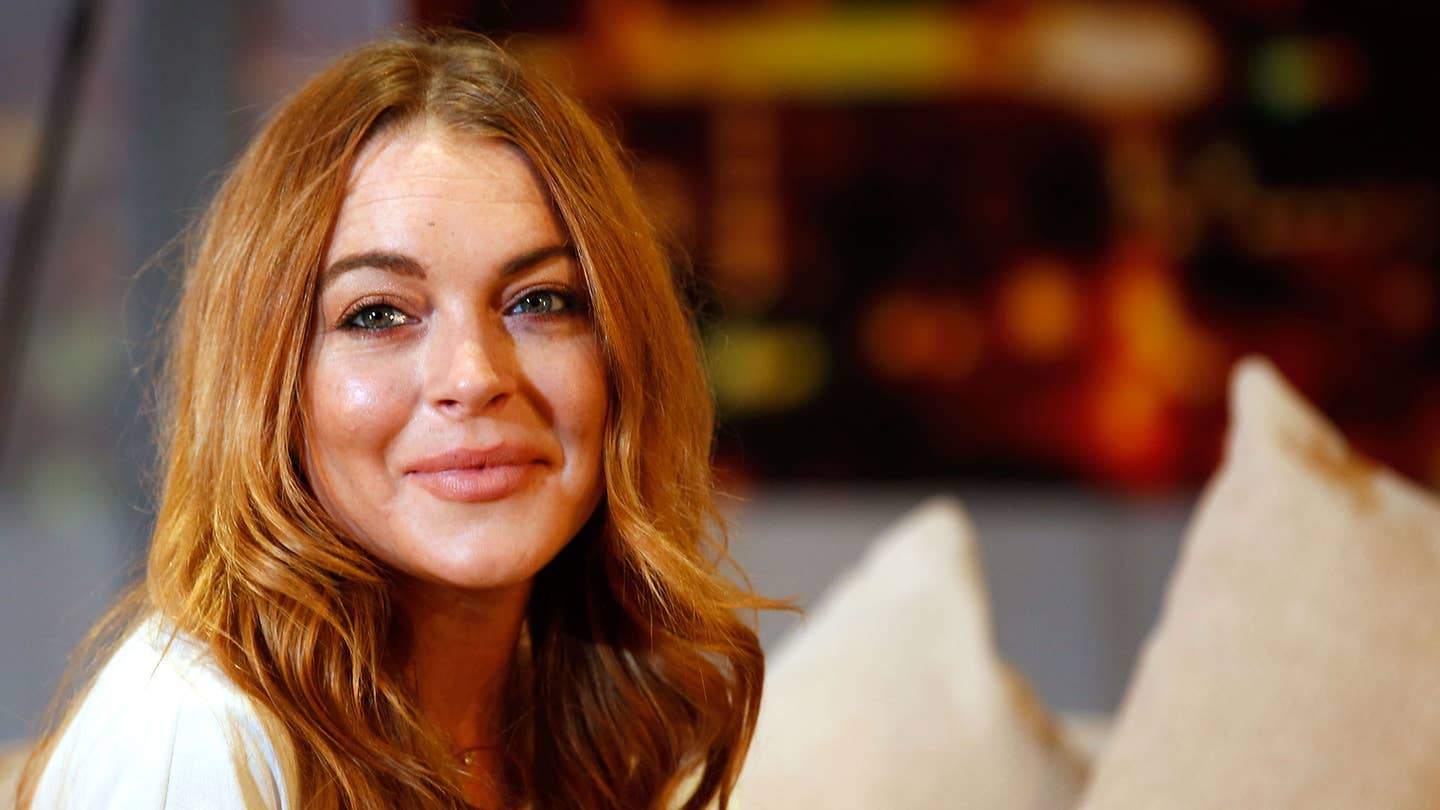 If you’re erstwhile famous person and renowned car crasher Lindsay Lohan, finding your way back to the forefront of the pop culture zeitgeist requires real hustle. Not real work, mind you—a hustle. Case in point: suing the makers of Grand Theft Auto V because you think a character is an “unequivocal” reference to you. It takes a special kind of delusion to see “Lacey Jonas,” a pixelated blonde character in a red bikini who issues peace signs while posing for a selfie, and assume that Take-Two Interactive, the game’s parent publisher, used you as a muse. And that you should be compensated for it.

The suit itself was filed back in 2014, but last week New York Supreme Court judge Joan Kennedy ruled that the case won’t be dismissed. Not yet, anyway; Kennedy shrugged off Take-Two’s claim that Lohan’s suit was filed too late, and stated that the reference images the game manufacturer provided to demonstrate that the "Jonas" character is not based on Lohan don’t definitively prove it wasn’t based on Lohan. It’s all as confusing as Lohan’s career choices. (What’s up, Canyons?)

For their part, Take-Two alleges that Lohan’s just seeking publicity and reasserts that the actress/trainwreck wasn't on their minds when creating Jonas. However, because Lohan has worn red bikinis, had (possibly has? Who's keeping track?) blonde hair, and enjoys her own image in any reflective surface—particularly the lens of a camera—her legal team rifled through old party photos until they found a snap from 2007 that vaguely resembles Jonas, then presumably sprinted to court in an attempt to start rifling through game giant's deep pockets. Take-Two didn’t comment on the recent developments, but GTA V actor Ned Luke, who plays the character "Michael de Santa," took to Twitter to voice his opinion on the kerfuffle: