The 5 Loneliest Roads in America

Our writer really misunderstood this assignment. 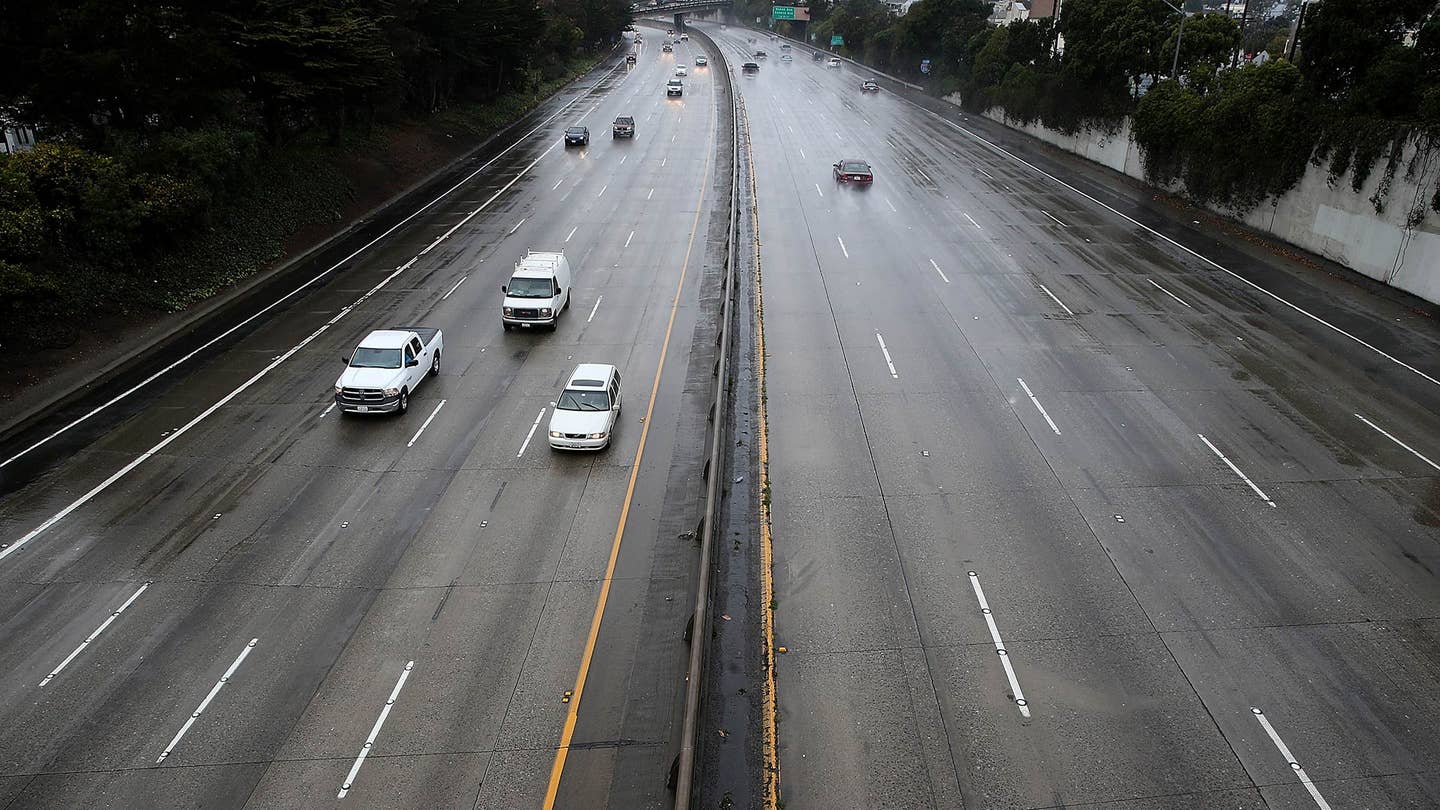 One of the wonderful things about the automobile is its ability to provide solitude—the way it can give anyone a way to be alone. Completely, utterly, devastatingly alone. Believe it or not, there are people who don't feel that way constantly, like even when they’re in a crowd or with co-workers or with their supposed loved ones. Apparently, these people like to seek out that feeling, and I guess empty roads are good for spirited driving or whatever, not just kind of drifting along feeling utterly and unbelievably insignificant.

We asked a collection of travel journalists, regional guides, auto scribes, and transportation authorities for their opinions on America’s best lonely roads. None of them got back to us. So here are our personal picks.

The lonely driver who’s really feeling it can pull out of my driveway and take a couple lefts and a right and find himself on one of the more scenic little stretches of pavement in Eastern Michigan. It's an undulating bit of road whose rural Midwestern beauty is thrown into stark contrast by the fact that you have no one to show it to. There are century-old mills where you’d stop and get cider or doughnuts in the fall, if there were anyone to share them with. It's best taken at an ambling pace, especially because you really shouldn’t drive recklessly when you’re in this kind of mood. Plus, there’s a heavy police presence on this road, and nothing punctuates your loneliness more than the mandatory, license-and-registration patter of the police officer who's apparently too good for some small talk and has already relegated you to the status of a statistic. Really, the interaction was almost the opposite of human contact and interaction. But you take what you can get, I suppose.

If you space out long enough on West Huron River Drive and suddenly make a turn for no reason, you'll likely find yourself on this flat stretch of road reminding yourself that desolation applies to feeling as much as place. It’s just a few miles long but it somehow manages to host all your feelings of inadequacy thanks to the eponymous historic settler church—more specifically, the parking lot of that very church, the place you first experienced the moist, ineffective fumblings of anxious lust, which you’d always thought would get better as you got older but instead just became sublimated into a preoccupation with cars. Cars become time machines in that way, taking us back, even for just an instance, to a humiliating and failed romance of a girl whose name you can’t remember, and who certainly doesn’t remember you. On this wooded road, it’s possible to imagine a time, long before you were born, to a kind of tranquility of your own un-being, back when trees stretched from the Delaware Water Gap to the Mississippi. Also, watch out for deer!

3. WASHTENAW AVENUE, BY THAT DENNY'S WHERE TRACY TOLD YOU SHE WAS LEAVING FOR CALIFORNIA, Ann Arbor, MI

I don't want to talk about it.

2. INTERSTATE HIGHWAY 94, MULTIPLE LOCATIONS, BUT IN THIS CASE, SPECIFICALLY THE DETROIT AREA, WESTBOUND, NOT THAT THERE’S MUCH DIFFERENCE, Michigan

Is there anything more majestic, more American, more spiritually empty than the Interstate Highway System? Originally constructed under the auspices of the Department of Defense as a way to mobilize troops and resources in case of invasion, the interstate system is now primarily a method of stringing outlet malls together on some kind of purgatorial daisy-chain, and secondarily a way to sit passively as hour after hour grind by like misshapen stone blocks. But it still beats drinking, and as you watch the mile markers go by you can congratulate yourself that at least you haven’t sunk to the level of boozing behind the wheel, yet, instead just feeling the dull narcolepsy of exit after exit after construction zone after exit. Until, suddenly, all the IHOPs have become Waffle Houses and you realize you're much farther south than you planned, though aside from that nothing has changed, because of course you can’t drive away from yourself. Obviously it’s not healthy to be alone like this, but it’s better than inflicting this on anyone else—it’s miserable and greasy and eternal and never gets better and never changes in any way. Speaking of which, Waffle Houses are open all night.

When people talk lonely roads, they usually note Nevada’s Highway 50, or the Al-Can Highway up in the Yukon, or some similar place where hundreds of miles stretch between gas stations and you could die of exposure. These are amazing roads indeed. But what most driving enthusiasts don’t stop to consider is that any road on a sufficiently dark night is just as godforsaken and distant if you drive south on the interstate until you can’t stand it anymore and then just take a random exit. Anywhere is hundreds of miles between gas stations if you don’t stop for gas. You could die of exposure anywhere if you just stop the car and sit there long enough. And if you don’t, if you keep driving, every house you see can remind you of a failed romance, every park an expired friendship, every roadside tavern all the people you once thought were friends, or more, but haven’t spoken to in months. Maybe years. And sometimes through the trees you can see a river glittering darkly, and that reminds you that water flows down, into other rivers and eventually to the ocean, mingling with all other waters in the deepest depths of the ocean, underneath which the continental plates are being unmade and taken back into the heart of the oblivious Earth, never knowing that you lived.

NEXT WEEK: Five Great Backseats For Curling Up Into a Stupefied Ball!

—Carl Groenick is an automotive writer living in Dexter, Michigan.