Even if you love your current car so very much, maybe, one morning, it just won't be there anymore. 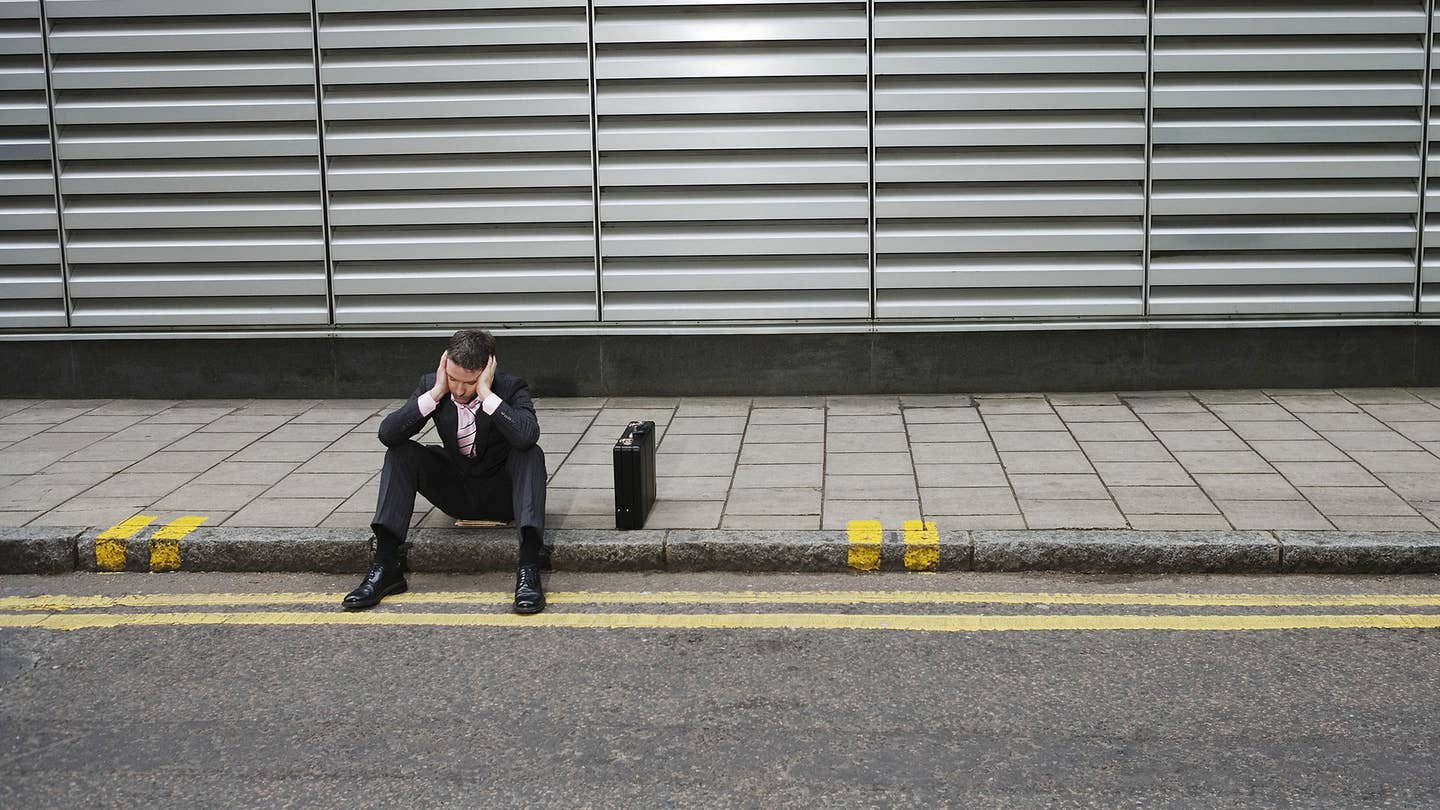 In today’s automotive landscape, finding a decent car is one of the better problems to have. It’s certainly happier than being in the market for a new person to spend the rest of your life with because she's decided she's moving back to California to go to law school. We're spoiled for choice in the new-car market—no matter what you want, there's a car out there that will give it to you. Unless you want Tracy back, because really, it's time to face the fact that she's gone.

She's gone and she's not coming back. Let's just get to the list.

This may seem like an odd choice considering the number of competent sedans in this segment, and the fact that your heart feels like it’s about to rot out of your chest, but the closer you look at this surprisingly agile full-size sedan the more it becomes clear that she just thought she was wasting her time with you. Mazda is a classic underdog of a company, the sixth-largest automaker in Japan but one that consistently punches above its weight. Unlike you. Tracy was the best you could have hoped for and you really screwed that one up.

The manual Touring version would be the one to go for here, with an excellent shifter and a quality interior trim that easily distracts from the emptiness inside you for whole minutes at a time. Plus, the 2016 model just received a mid-cycle refresh that, unlike the minor self-improvements you always promised to make for her but failed to follow through on, actually made the 6 better in real, tangible ways.

The Ford F-150 may be the sales champ in the pickup category, but Chevy still sells a Silverado every single minute—that’s a truck sold every time you think about how her hair smelled like lavender. You can get it in almost every cab style, drive train flavor, and bed length you want. And with a new Silverado there’s no shock in finding the bed empty! It’s important to stay upbeat.

The Silverado can tow up to 12,000 pounds, so if you want to go up to the lake house and get the boat out of the water instead of just leaving it there, the sails mildewing because you can’t bear to remember how she trailed her hands in the water, and how it cut right through you when she laughed at the spray coming off the bow, and...yeah. Just go get the boat, okay? You’ll feel better.

The big Silverado will surprise you by driving like a big car instead of a big truck, which is the good kind of surprise. The happy kind. Anyway, whether you choose this or the more trucklike F-150 with its new all-aluminum body, one thing’s for sure: Tracy is going to say she’s happy for you and your new truck, but she won't care. Not really

This is a more sensible and less desperate choice than you may think. When you think Mustang, you may think wild-haired teen, or aging-but-genial shop teacher, or how Tracy’s dad had one and she always talked about it, and so you went out of your way to rent them when you two traveled and maybe she thought that was a little weird?

But the iconic sports coupe actually makes sense for the active single person, or the happy childless couple, or the solitary, childless single person who isn’t sure if they might look a little desperate now but maybe also they don't goddamn care, do they? I’ve always liked them and I refuse to feel insecure, even if things are a little, you know, iffy right now, because for the first time in God, I don’t even know how long, the Mustang has an independent rear suspension instead of the traditional solid axle. It had that solid axle for years. It was such a fundamental part of what it was that everyone assumed they’d be together forever. Now, the original pony car corners with the same ferocity as it accelerates, proving that some changes have real, long-lasting effects, and some things aren’t missed so much when they leave after so many years. Unlike other things.

So much has been written about the Teslas’ performance, its deep quality, its innovation, and its sheer desirability that you’d think there was nothing left to say. But as we’re learning at this point in our lives, there’s always, always more to say. Communication is so very important, and we don’t want to leave anything unsaid because when it’s gone we don’t want to regret what went unspoken. And the name of Tesla’s game is communication—through connectivity! Sure, it’s fast, and sure, it’s beautiful, but the 17-inch touchscreen also means the car can download updates while you sleep, and do lots of tech-y stuff, like maybe check Facebook every ten minutes to see if Tracy’s posted anything, like that shot of her and Trish at a music festival.

Range anxiety may be a concern for some, as the 240-mile range is both optimistic and realistically unable to bridge the gap between Supercharger stations. But Tesla’s adding more charging facilities all the time, so waking up in the middle of the night and jumping into your Tesla to drive out to Sacramento and beg Tracy to change her mind is still a real possibility.

Wait, who took that picture of her and Trish?

It’s majestic, it’s gorgeous, it’s downright imperial. And, let’s be frank, not even this is going to bring Tracy back. Eighteen top-grade hides in the interior, almost sixty square feet of solid wood and hand-laid veneers, an 18-speaker sound system, and Bentley’s famous “Six-and-Three-Quarter Litre” eight-cylinder engine—all that magnificence and glory has as much power to bring her back as a handful of dust. That's all life really is: waiting around for the inevitable return to dust.

It takes 144 craftsmen 400 hours to build one of these incredible machines, and just one moment to destroy a future that now promises nothing but echoes and memories. The Bentley’s hand-formed body contains 600 individual stampings smoothed over 90 hours into one flowing, seamless shape, perfectly aligned without a ripple or a flaw, as if nothing is wrong, nothing is missing. Definitely something to aspire to, especially with the brave face put on by the new-for-2017 headlight treatment.

Say what you want about the Prius and the Volt, or the sun and the moon and the stars and all that bullshit, but the C-Max has about as much chance of getting you and Tracy back together as anything. Which is to say nothing.

The C-Max is second to the Prius in hybrid sales...unless the Camry hybrid beats it? Really, who cares about rankings once you're not the only one that matters? The Ford's agility advantage over the Prius may sway some buyers, but this is an economy market, so screw it. Get whatever you want. Just buy something, goddamn it, change something in your life so you don't have to see "Tracy's Phone" come up on the pairing screen every fucking time you start your car, so you don't go looking for change in the door pockets and find one of her little mittens and sit there with it for almost an hour before you look up and realize that Parking Enforcement gave you a ticket as you sat in front of the meter because the mitten still smells like her, even after a year.

Carl Groenick is an automotive writer living in Dexter, Michigan.