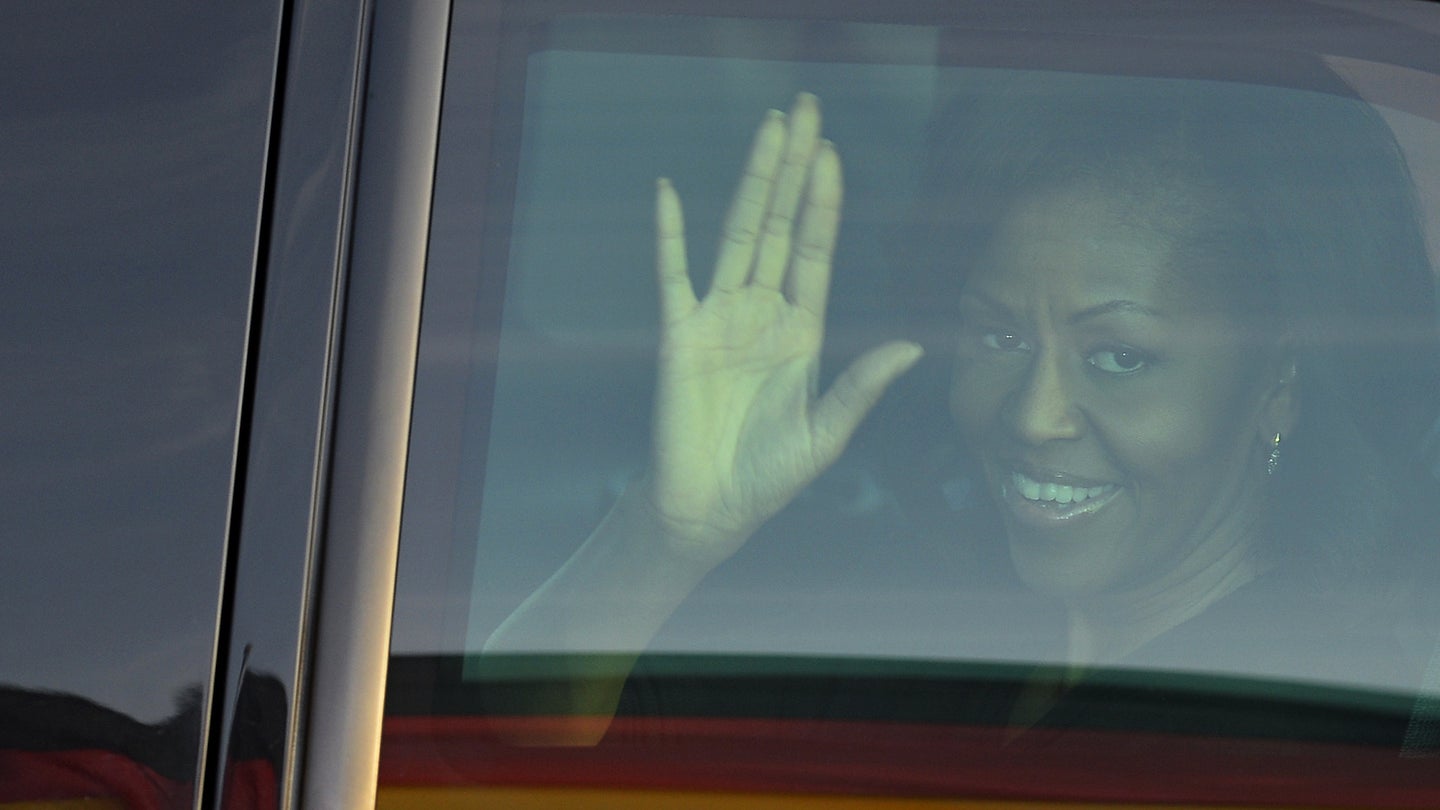 Former First Lady Michelle Obama is still readjusting to life outside the White House and misses one thing about her independence in particular: driving.

In an interview with People, as part of the promotional book run for her memoir Becoming, Obama revealed that she wishes she could get the simple pleasure of sitting in the driver’s seat and taking a car for a spin. Of course, she misses being generally anonymous as well.

“We don’t have the anonymity that allows you to be in the world with normalcy,” said Obama. “I go to restaurants, I still work out and travel, but I can’t sit at a sidewalk cafe and just watch other people without it becoming a scene.”

For those of us who’d suggest simply wearing a disguise to overcome that particular celebrity hurdle, Obama has already thought it through, to its natural conclusion.

“Then somebody’s gonna say, ‘What’s Michelle doing in that wig and those glasses?’ So I think a disguise would only backfire,” she said. “I’d be in some tabloid magazine: ‘What’s she trying to do—what’s wrong with her? That’s crazy!’”

While sitting at a sidewalk cafe is surely one of life’s simple pleasures us anonymous folks take for granted, the former First Lady is being restricted from one of life’s even better pleasures. Though taking a back seat has become a warranted precaution, she does seem to miss it. The Secret Service, however, prioritizes her safety above all else.

“No driving for me,” she said. “We still live in a bubble. If we had a farm somewhere, maybe I could drive around it.” Unfortunately, the recent mail bombing fiasco has brought about a renewed focus on preventative measures and intensified risk aversion. Naturally, that includes letting the Secret Service take the wheel.

“As we’ve seen, the risks are still there,” she said.