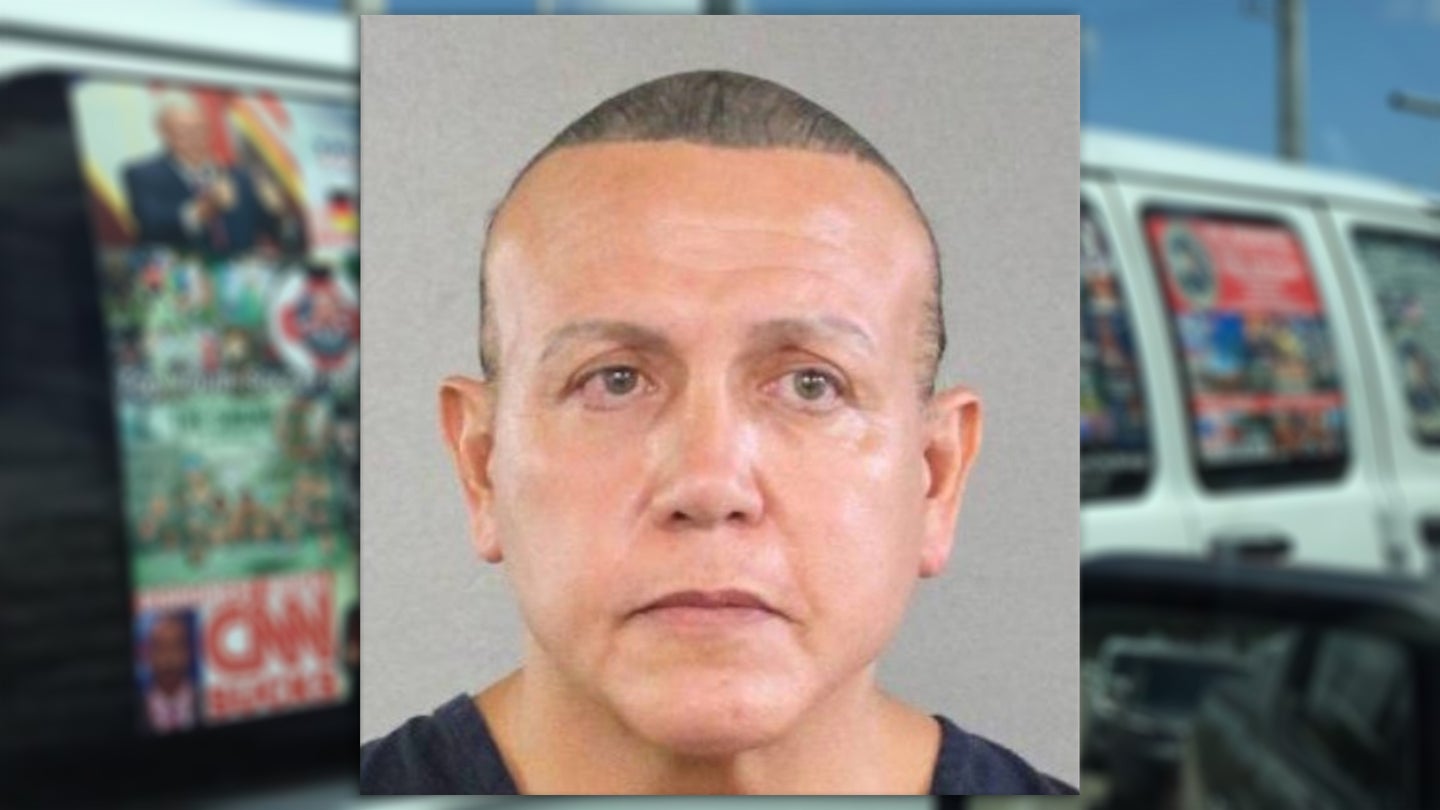 The south Florida man arrested Friday in connection with the politically-tied mail-bombing campaign that has gripped America all week has a lengthy criminal record dating back to 1991, including several arrests for allegedly stealing cars and another for reportedly making a bomb threat in 2002, The Drive can report.

Federal authorities took 56-year-old Cesar Sayoc into custody following a tactical operation in the parking lot of an AutoZone in Plantation, Florida on Friday morning. The weeklong spree saw at least 12 devices that appeared to be crude pipe bombs delivered to notable critics of President Donald Trump, including Bill and Hillary Clinton, former president Barack Obama, other prominent Democrats, and CNN's New York headquarters. No formal charges have been filed yet.

Sayoc's criminal record shows he's no stranger to the Florida judicial system. But he's never been sent to prison, racking up felony charges in across various jurisdictions and receiving probation each time. In 1991, Sayoc was arrested and charged with third-degree grand theft for allegedly stealing a car in Broward County; he eventually pled guilty and was sentenced to two years probation.

In 2002, Sayoc was slapped with a felony charge for making a bomb threat following a dispute in Dade County. He later submitted an Alford plea (a form of a guilty plea where the defendant proclaims their innocence while admitting that the evidence is strong enough for a conviction) and walked away with another year's probation.

In 2013, Sayoc was again arrested in Broward County for felony auto theft, with an accompanying charge for felony battery and resisting a merchant. That time, he was able to plead guilty in exchange for what's known as "adjudication withheld," In Florida, judges have the ability to withhold the formal conviction and reduce a sentence if they believe the defendant won't offend again. Once again, Sayoc ended up on probation.

That's only part of the picture. According to public records, Sayoc's been arrested at least 10 times in Florida and once in North Carolina for everything from possession of a stolen vehicle to possession of anabolic steroids with intent to sell. He's been ticketed for a host of other traffic violations: driving on a suspended license, speeding, running red lights, et cetera.

At the time of Sayoc's arrest on Friday, FBI agents also seized a white Dodge Ram van festooned with pro-Trump stickers and conspiratorial messages, which reportedly belongs to the bombing suspect. Officials say more arrests are possible as the investigation continues.