The FBI covered the suspect's van, which was covered with political messages, in a tarp before loading it onto a trailer for examination. 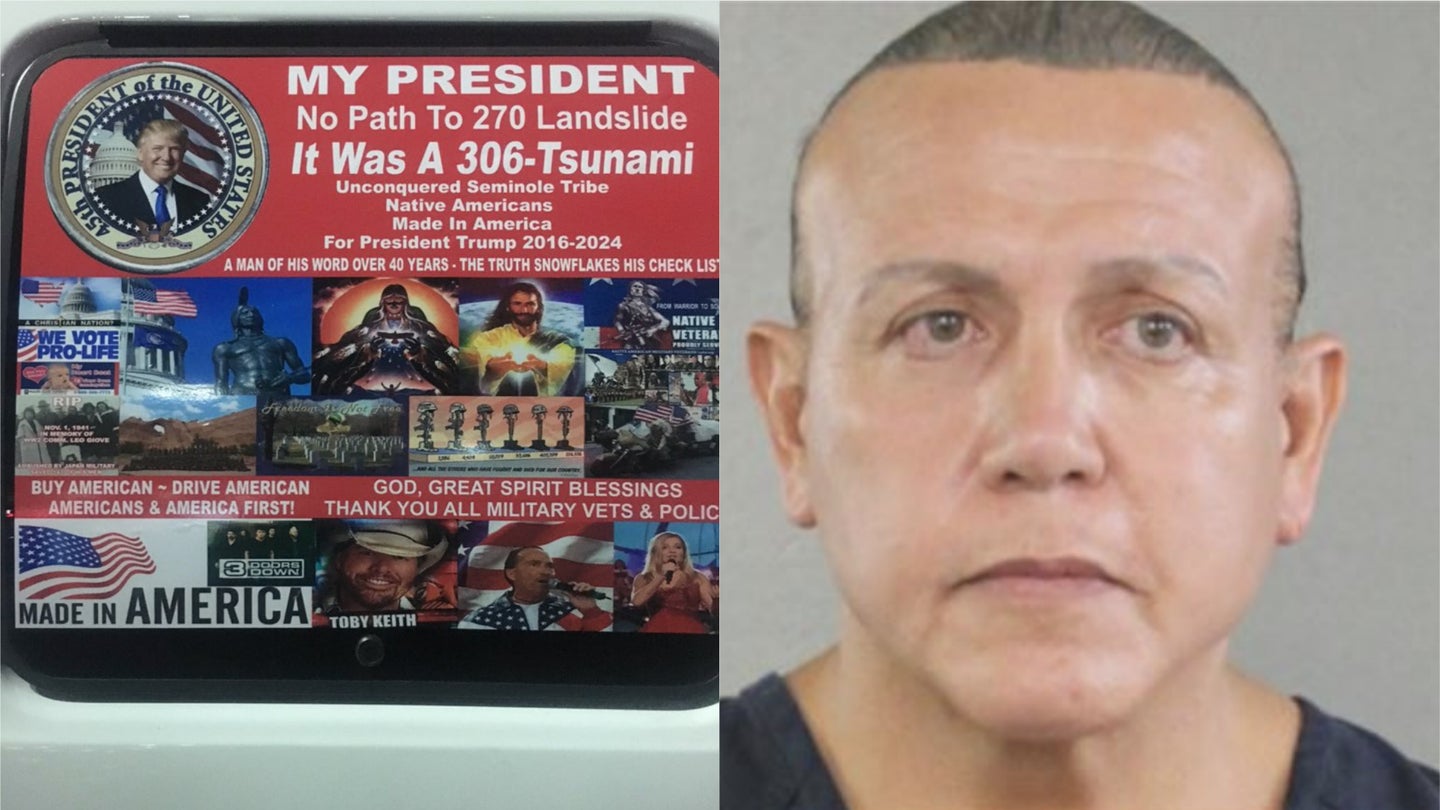 A suspect has been arrested in connection to the attempted mail bombings of multiple high-profile politicians and actors, all seemingly tied together by their criticisms of President Donald Trump.

CBS 4 Miami reports that a 56-year-old man from Aventura, Florida, was arrested around 10:30 a.m. on Friday morning outside an AutoZone in Plantation, Florida, and CNN identified the man as Cesar Sayoc. An explosion was reportedly heard at the time of the arrest, which is believed to be a flash-bang grenade used by the Federal Bureau of Investigation. The FBI reportedly identified the suspect through DNA evidence, presumably gathered from the mailed bombs.

A van owned by the suspect, plastered in political stickers, was seized at the time of the arrest. It was covered in a blue tarp before being loaded onto a trailer for thorough examination at an FBI facility.

The FBI and Justice Department confirmed a press conference later on Friday would provide additional details on the arrest. It has not yet been determined whether this suspect acted alone or had help from co-conspirators.

"This is definitely domestic terrorism, no doubt about it in my mind," said former Director of National Intelligence James Clapper Jr., a bomb recipient who has criticized Trump on CNN in the past. "This is not going to silence the administration's critics."

Common to every recipient of a bomb was open criticism of President Donald Trump, who complained via social media that his rhetoric has been accused of inciting violence. Trump has repeatedly denied calling for violence against his detractors, though some make the case that video and audio evidence prove the contrary.

Did the U.S. Air Force Bomb a Rogue SpaceX Booster Rocket?
The Drive
MORE TO READ