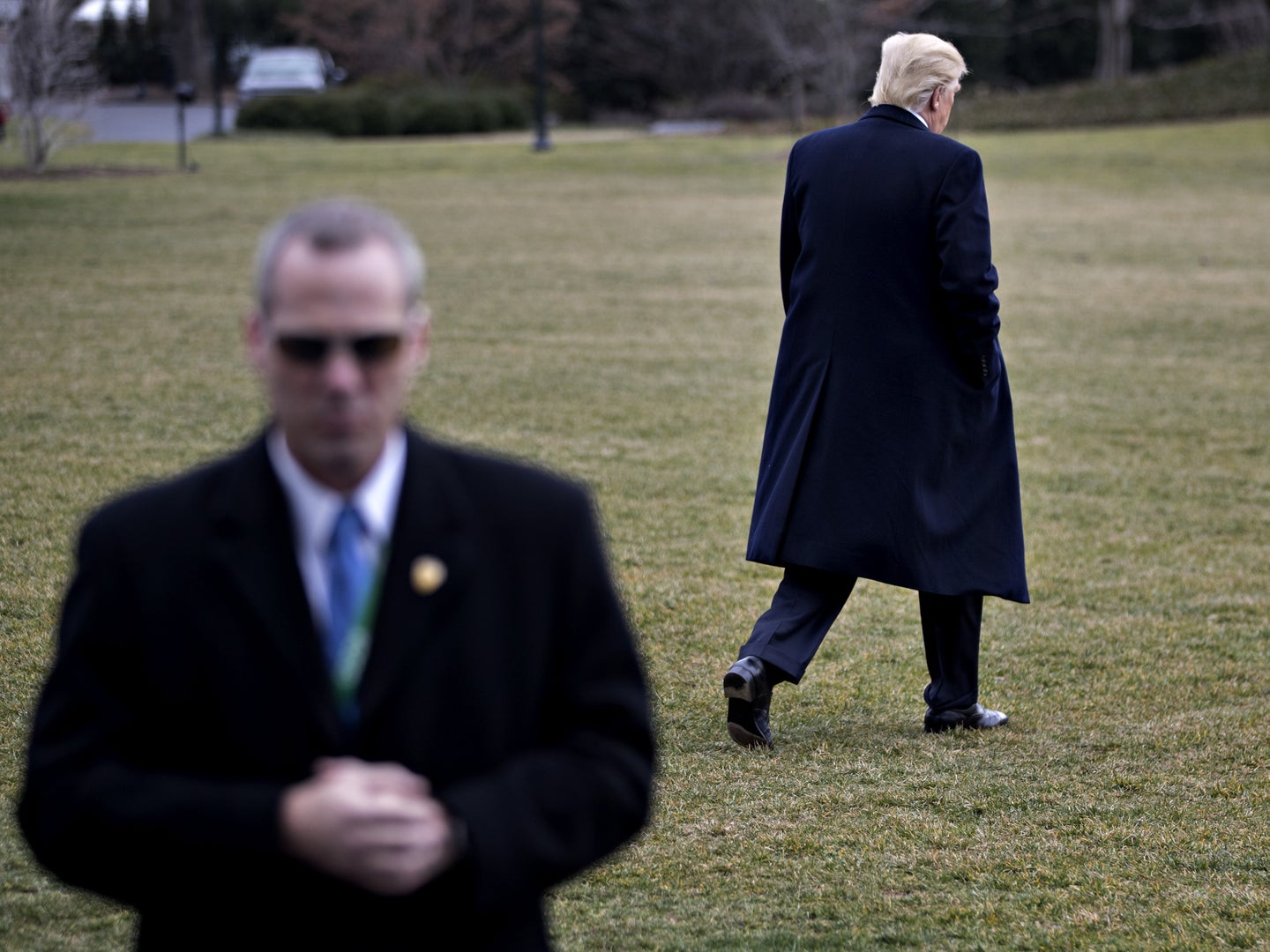 There are few feelings worse than coming out to your car after a long day of work and realizing that someone has broken in. Maybe you see shards of glass framing a freshly-punched hole in the window, or maybe you left it unlocked and your stereo receiver is conspicuously absent. Or maybe you're a Secret Service agent, and a thief grabbed a laptop containing floor plans for Trump Tower, information on the Clinton email investigation, and other documents related to national security. Yeah, that last one sounds way worse than having to replace a crappy Pioneer unit.

But that's the reality for one unnamed Secret Service agent in Brooklyn, who reported yesterday that a thief broke into her official vehicle as it was parked outside her home. The New York Daily News reports it's likely the man took an Uber to the area and grabbed the laptop and a bag containing the agent's access keycard, plus a few other documents. Later, he can be seen on a security camera walking away from the scene carrying the bag.

"It's a very big deal," an NYPD source told the Daily News, saying that the Secret Service is basically running the investigation and "scrambling like mad" to find the laptop. Though the bag and a few items in it were soon recovered, the laptop is still MIA.

Though it likely contains multiple layers of encryption and other forms of security, it seems pretty clear that a computer holding information related to national security should be at least slightly more secured. There's no word on whether the agent will be punished over the incident—other than confirming the theft, the USSS has been unsurprisingly tight-lipped about the situation.