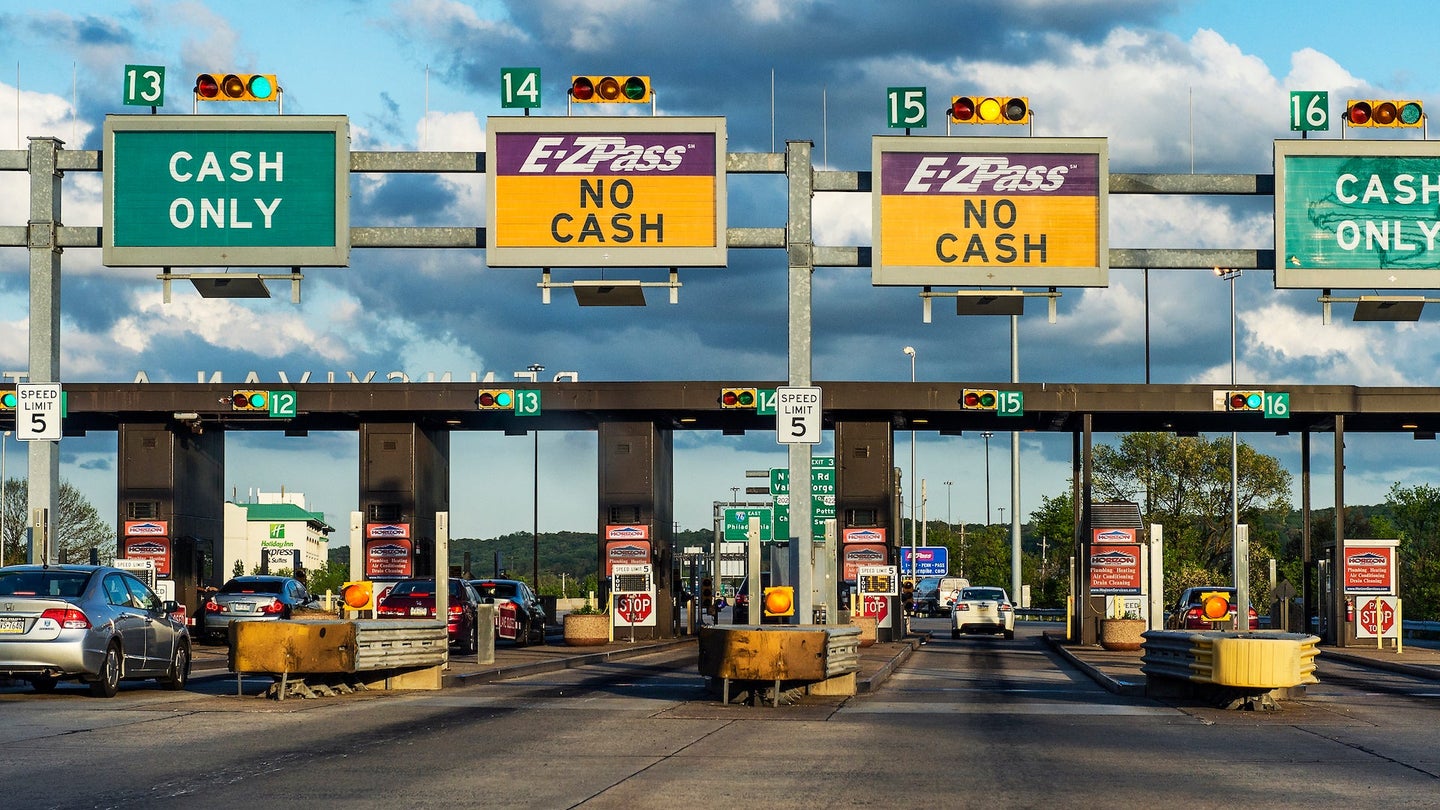 In the United States, toll roads are pretty common. Certain tunnels, bridges, and highways in more than 35 states require you to fork over extra cash to pass through, but if you've ever traveled on the Pennsylvania Turnpike, you know it's not a cheap trip.

To travel from tip-to-tip on the Pennsylvania Turnpike starting on the western side of the state, travelers will fork over a hefty $112.90, or roughly $0.26 per mile according to the turnpike's toll calculator. This cost drops down by more than half if paying by E-ZPass, though not every single driver will use this service, especially as only 19 states actively accept it.

In fact, traversing the Pennsylvania Turnpike in its entirety is over four times more expensive than the next priciest toll road in the United States. That'd be the New York State Thruway, which costs $28.05, according to Budget Direct. Other notable mentions are the Florida Turnpike at $26.45, the Ohio Turnpike at $20.50, and the 85-mph Texas State Highway 130 at $19.23.

From a global perspective, the Pennsylvania Turnpike is nearly two-and-a-half times as expensive as its closest rival, Grossglockner High Alpine, the highest surfaced mountain pass in Austria.

So why is it so expensive?

Back in 2007, Pennsylvania anticipated opening another toll road on Interstate 80 under a federal program called the Interstate System Reconstruction and Rehabilitation Pilot Program (ISRRPP). Therefore, it submitted an application to the Federal Highway Administration (FHWA). Former state governor Ed Rendell had planned on this resulting in an all-new stream of income for statewide roadways, and that the Pennsylvania Turnpike Commission (PTC) would take control of I-80. He preemptively passed the controversial Act 44 as a result. The following year, the FHWA rejected the PTC's application to place tolls on I-80, not once, not twice, but three times, citing the inability to use funds collected under ISRRPP to subsidize other state roads.

That left the PTC holding the bag to pay the Pennsylvania Department of Transportation (PennDOT) $450 million in annual payments, and with an open authorization to increase the cost of tolls to do so. Over time, the price of tolls has increased from less than $0.08 per mile to its current price of approximately $0.26 per mile.

The PTC says that it has paid PennDOT $7.337 billion in funding under Act 44 to date. Beginning FY2022, the PTC's annual payments will drop from $450 million to a comparatively puny $50 million. Meanwhile, Pennsylvania's mid-state residents are caught in the center of another battle to determine if a popular commuting bridge will also be fitted with tolls.