Mother Runs Over Infant Son With Lincoln Navigator, Says She Was ‘Playing Game of Chicken’

The Texas woman drove her SUV directly at her kids thinking they would move over in time. Sadly, her three-year-old didn’t. 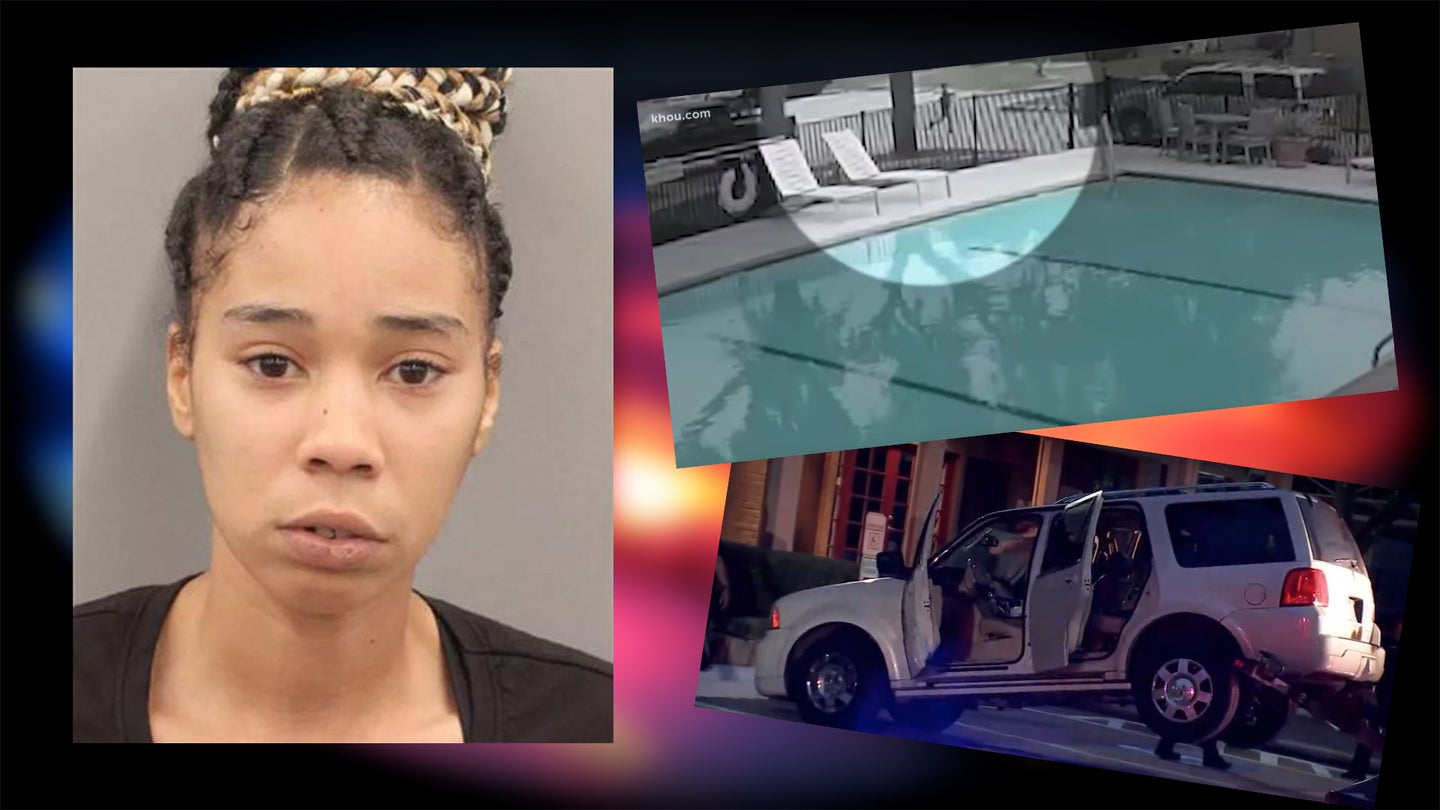 Prosecutors in Houston, Texas, recently charged a woman for criminally negligent homicide in the death of her three-year-old son. According to multiple reports and a statement from the Harris County District Attorney, 26-year-old Lexus Stagg ran over her child in an attempt to play a game of chicken while in a parking lot.

District Attorney Kim Ogg said that Stagg drove a 2006 Lincoln Navigator toward her three children near her apartment complex. Stagg then reportedly attempted to steer away at the last minute to scare her kids but instead, ran over her three-year-old son with the Navigator's front wheel.

When authorities arrived, Stagg allegedly told police that she mistook running over her son as a speed bump. The incident, however, was caught on surveillance video.

The footage supposedly shows Stagg walking out of her apartment and hopping into her Lincoln. As she backs out of a parking spot, her three kids come running out of the apartment to the front of the car. Stagg then moves toward her kids to play chicken with them, but only two of the children dodged the SUV in time.

The three-year-old boy was then seen getting caught under the front wheel. Stagg reportedly didn’t stop either as he was also crushed under the rear wheels. He was transported to the nearest hospital but later died from his injuries.

“You should be playing Peek-A-Boo with a three-year-old instead of forcing him to try and dodge a 5,600-pound deadly weapon,” Sean Teare, chief of the Vehicular Crimes Division said in the DA office’s statement.

As a result of the incident, Stagg is facing up to 10 years in jail. She also reportedly has a history with Child Protection Services.

“Every parent has an obligation to protect their children, even from themselves,” DA Ogg said in the statement. “Car’s aren’t toys and playing chicken with your kids isn’t a game.”