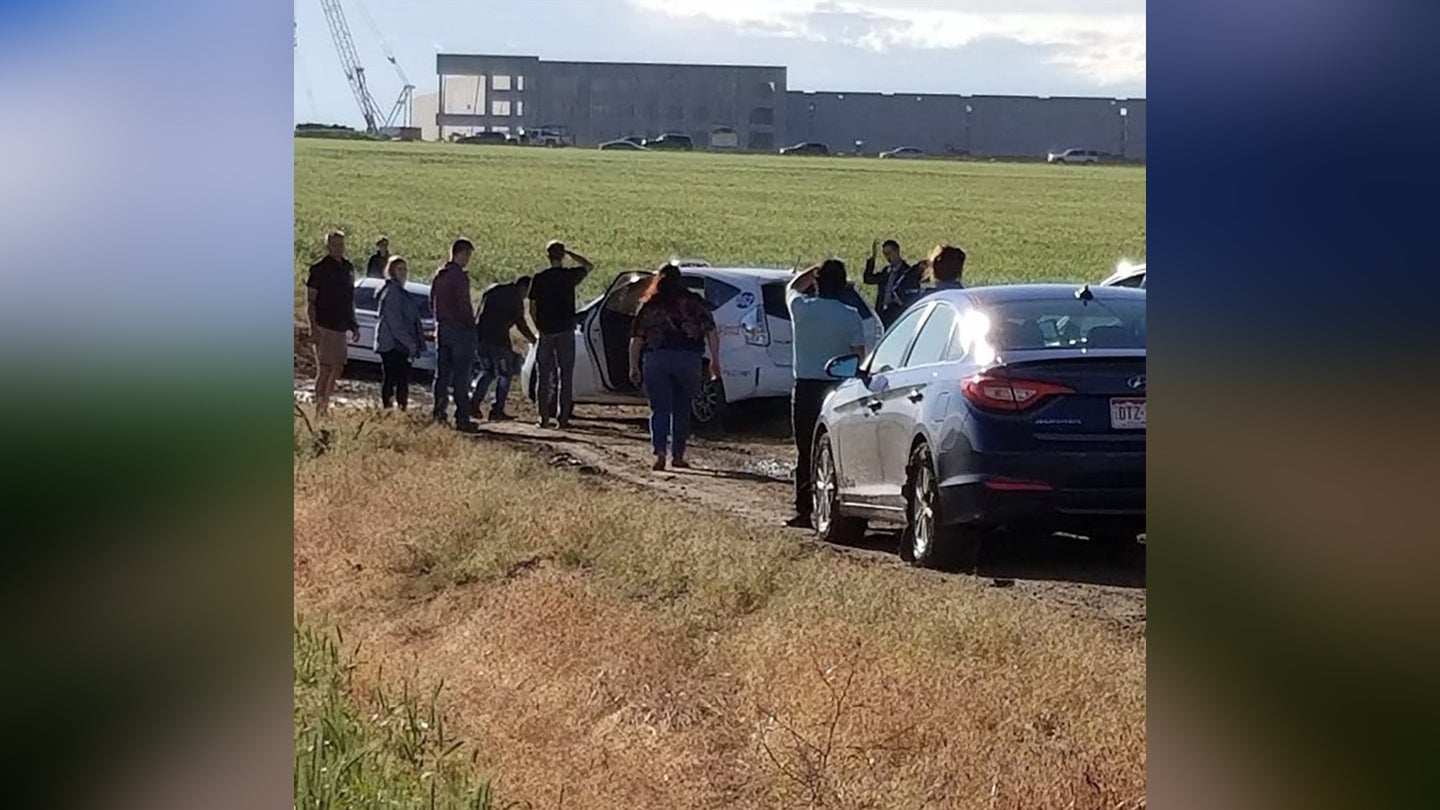 Getting to the airport can be nerve-wracking. But what recently happened to a bunch of drivers on their way to Denver International Airport this past Sunday probably sits high up on the list of frustrating experiences. Almost 100 drivers were caught off guard when Google mistakenly detoured them around a traffic jam and onto an unpaved and muddy road, leaving them stuck and stranded.

Usually travel delays are caused by traffic en route, vehicle problems, or even inept hired car services. But improper detours onto muddy roads aren’t usually the cause. According to several reports, drivers were relying on Google Maps to get them around a gridlock situation on the way to DIA near Peña Boulevard. But that detour ended up being worse than the traffic jam.

“I thought ‘maybe there’s a detour’ and pulled it up on Google Maps, and it gave me a detour that was half the time,” Connie Monsees told reporters. “It was 43 minutes initially, and it was going to be 23 instead — so I took the exit and drove where they told me to. It eventually took me to a road that became dirt. I was not the only one, there was probably a hundred cars out there."

Many of the cars stuck were two-wheel drive and sank into Colorado’s clay soil-based mud. Others supposedly high-topped or got stuck trying to traverse deep ditches and ruts. Had it not rained recently, the road surface is known to otherwise be hardpacked dirt, others noted.

Monsees said she was able to make it through the muddy road because of her car’s all-wheel traction. On the way, she even helped two stranded strangers get to the airport by providing them a quick lift. But she did end up tearing up her car’s wheel well cover in the front passenger side.

In a statement responding to inquiries from reporters, Google said the road wasn’t marked as private and thus, it’s AI system factored it in as a potential detour for drivers.

Although Google touts its Maps app tries its best to help relieve congestion by providing drivers with new routes according to traffic situations, they ultimately encourage drivers to use their own discretion because Maps isn’t always perfect.

"While we always work to provide the best directions, issues can arise due to unforeseen circumstances such as weather. We encourage all drivers to follow local laws, stay attentive, and use their best judgment while driving," a spokesperson for Google told ABC.

Not that anyone would take it, but this was the only route connecting Perth and Karratha, Western Australia.