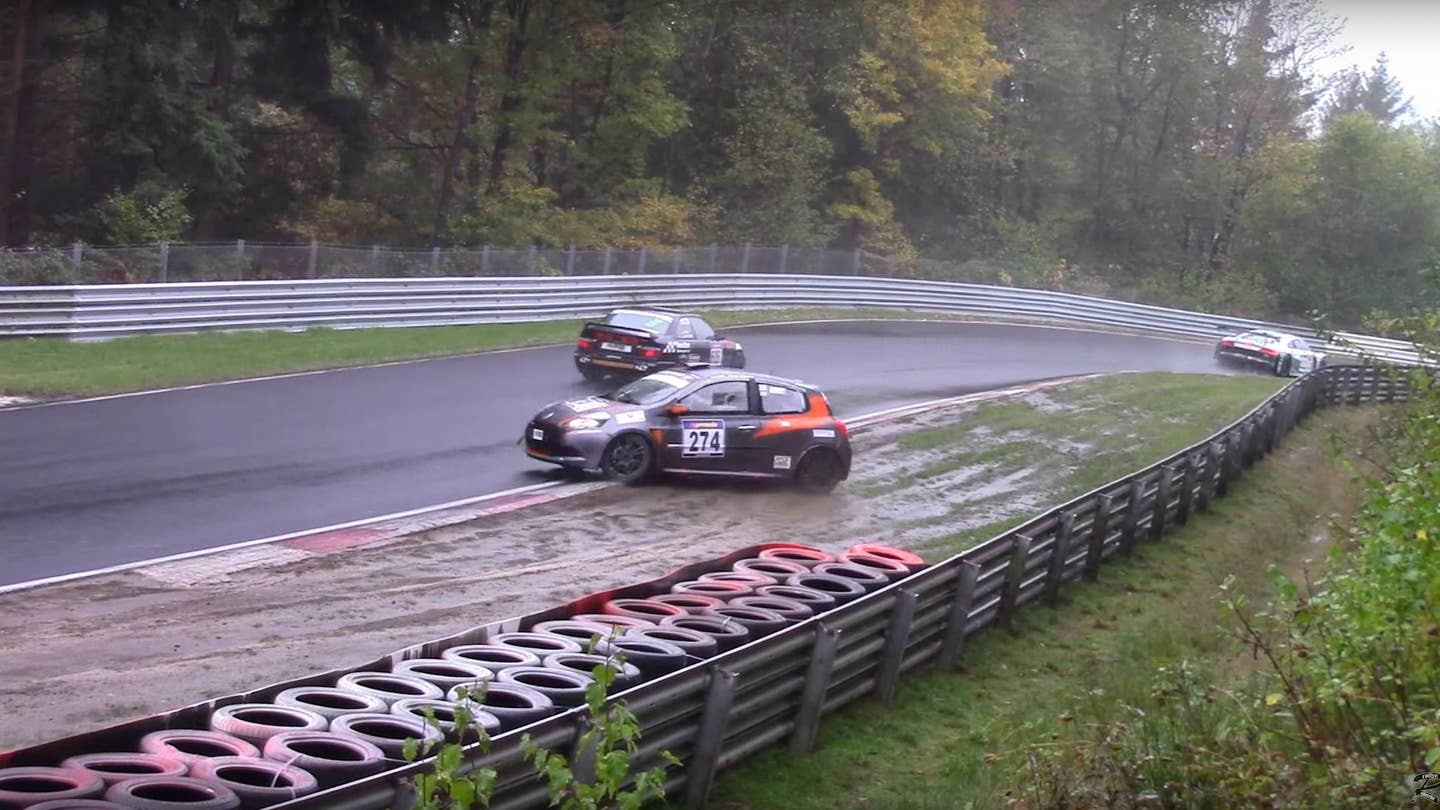 Round 10 of the VLN Endurance Championship took place last weekend, and the story of the day was rain. The 12.93-mile Nürburgring Nordschleife is a challenge even in the best of conditions, but the rainstorm that hit the course over the weekend made racing even more nerve-racking than usual and added some extra hilarity. Luckily, most of the slipping and sliding was posted on YouTube for our viewing pleasure.

The race started in the rain, and after making it through the first corner as cleanly as possible, it didn’t take long before the crashing started. Just seven minutes in, one BMW ran wide into the gravel while a second, in a completely unrelated incident, crashed into the tire wall just moments later.

The Kesselchen corner, about halfway around the track, also caught a lot of drivers out in the wet early in the race.

Metzgesfeld wasn’t much better, as cars going off line dragged plenty of mud onto the already slippery track.

Even as it dried, the Green Hell claimed a fair number of victims. Slick tires could not compete with the combination of a tricky surface and residual dampness off the racing line.

The full livestream highlights come in just shy of 14 minutes of rain soaked racing (and crashing).

There was one car that didn’t fall victim to the rain. Race winners Connor De Phillippi and Christopher Mies won the race in their Land Motorsport Audi R8 LMS by more than two minutes. BMW Team RBM drivers Jörg Müller and Nico Menzel took second, and Walkenhorst Motorsport BMW came home third, with drivers Victor Bouveng, Jesse Krohn and Christian Krognes, after the Haribo Racing Mercedes, made contact with the barriers with just over an hour to go.

The Land Motorsport victory in such weather conditions is especially impressive when you consider De Phillippi, a San Clemente, California native, hails from an area that's been in a state of near constant drought for the last 100 years.