BMW Drivers Had a Really, Really Bad Day at the Nürburgring 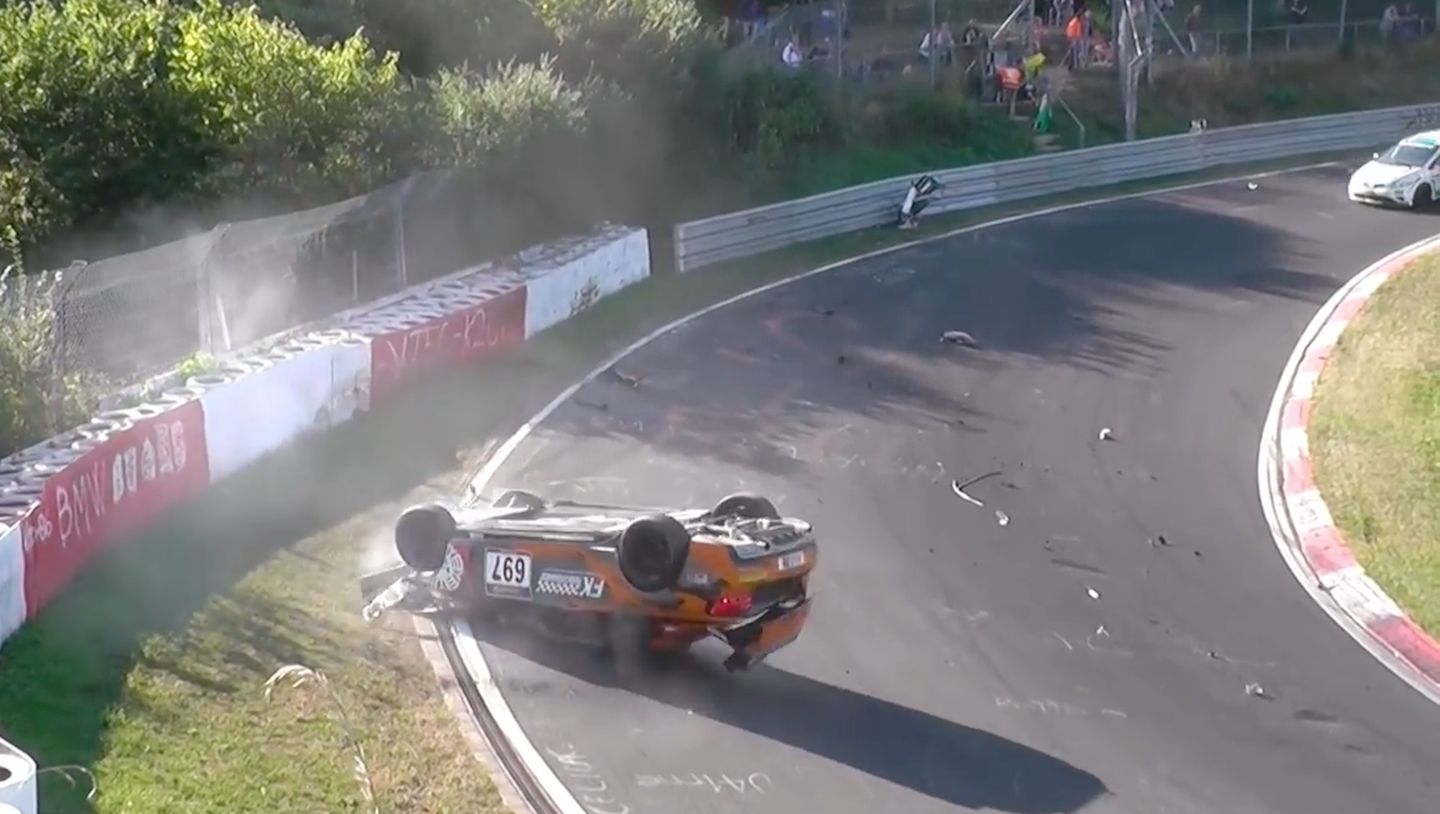 On Saturday, the Nürburgring hosted the ADAC Barbarossapreis race, the eighth event on the VLN Endurance Championship calendar. The Germs dominated on home turf, handily sweeping the Nordschleife podium. The No. 8 HARBIO Mercedes-AMG GT3 took the overall race win, followed by a pair of Porsche 911 GT3 R, the No. 911 Manthey Racing and No. 4 Falken Motorsport cars, respectively. The BMWs, on the other hand, did not have a good day.

The CUP5 class, a single-make series for the BMW M235i, counted 20 cars at the start. Just 14 finished. That’s an attrition rate nearing one-in-three, and there was plenty of carnage. At least three M235i Cup cars were involved in substantial wrecks during VLN8. The No. 668 BMW got off easiest with (apparent) suspension failure-induced understeer into a barrier; No. 151 came into a right-hand sweeper too hot and promptly received a face full of Armco. The worst by far was No. 697, which traded blows with a faster prototype car, lost, and suffered a gnarly rollover as a result.

Luckily, no driver injuries have been reported. But, of course, this is the Nürburgring, so all three crashes were captured on video and uploaded to YouTube. Watch them below.