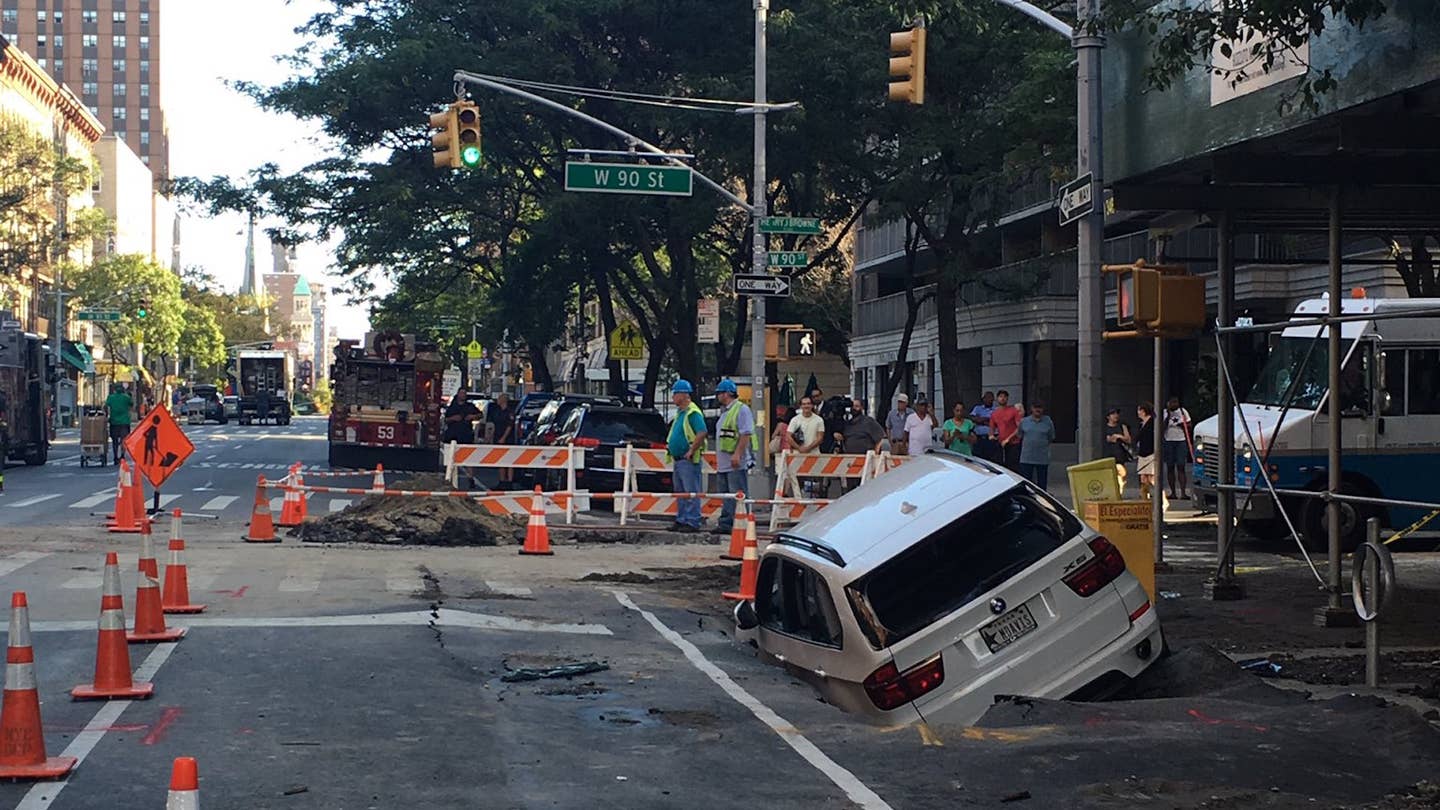 Many New Yorkers on Manhattan's Upper West Side had a rough morning Tuesday, when they awoke to poor water pressure after a water main broke in their neighborhood. But at least one person suffered a worse fate than a shower-less morning; the Upper West Side's water main break also caused a sinkhole that swallowed a BMW X5.

The broken pipe started to leak water at around 9:18 p.m. Monday at the intersection of West 89th Street and Amsterdam Avenue, the FDNY confirmed to DNA Info Tuesday morning. The fire department reportedly classified the incident as a "large water main break," but is purportedly unsure how many gallons of water was released from the broken system. The water main break reportedly caused dirty water to pour from Upper West Sider's taps. Crews with NYC's Department of Environmental Protection and Con Edison worked through the night to fix the broken water main, but as of 8 a.m. Tuesday, some locals were still without water, DNA Info reports.

The real victim here, in the minds of us at The Drive, is that poor BMW X5. Just look at it laying helpless in the crater, wheels drooping, headlights staring forlornly out of its hole. Its life likely cut short by circumstance beyond its control, a victim of century-old plumbing. If we had any say in the matter, we would leave the midsize German SUV in the ground as a relic—a reminder—of this sad occurrence, and as a reminder of the continuous infrastructural decay quietly occurring around the City of New York.