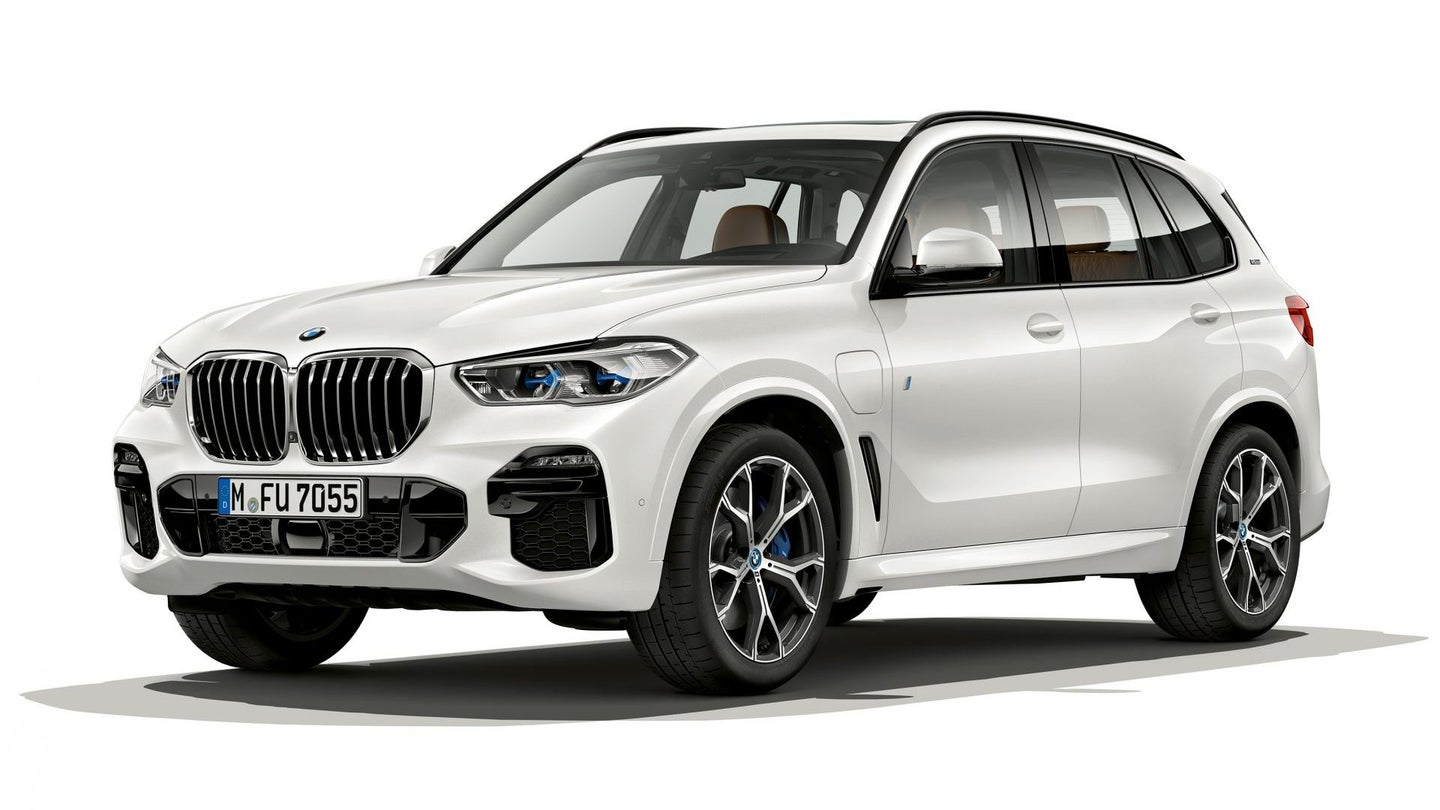 What's New: The 3.0-liter turbocharged inline-six engine unique to the X5 no longer lives alone under its hood. It now has a roommate in the form of a powerful 112-horsepower hybrid system, which can manage the spotlight on its own. Battery power can take the xDrive45e as fast as 87 mph, and as far as an estimated 50 miles. By their powers combined, however, the two propulsion methods are at their best. Together, the two produce 394 horsepower and 443 pound-feet of torque, spun through BMW's eight-speed Steptronic transmission and into BMW's xDrive all-wheel-drive system.

All together, they allow for a zero-to-60 sprint in just 5.6 seconds, an entire second faster than the xDrive45e's predecessor.

Because of smart packaging, the battery's added bulk does little to reduce internal storage space, giving the X5 xDrive45e only 150 liters (5.3 cubic feet) less internal storage space than a regular X5. To accomplish this, the gas tank had to shrink some, but at 18.2 gallons (69 liters), it's still far from small.

BMW has yet to discuss the xDrive45e's pricetage, or its availability by market. The Drive has reached out to BMW for this information, and we will update when we receive a response.

What You Need to Know: The xDrive45e is something of an intermediate step between mild hybrids and full electric vehicles. BMW intends to launch the smaller iX3 compact electric crossover in 2020, and the X5-sized iNext shortly thereafter in 2021. If you want a fast X5-sized crossover and can't wait for the 800-horsepower iNext variant, holding out for the rumored 600-horsepower-plus X5 M may be your best bet.