The electric crossover is Lucifer to classic BMW fans, but Gabriel to BMW's customer base. 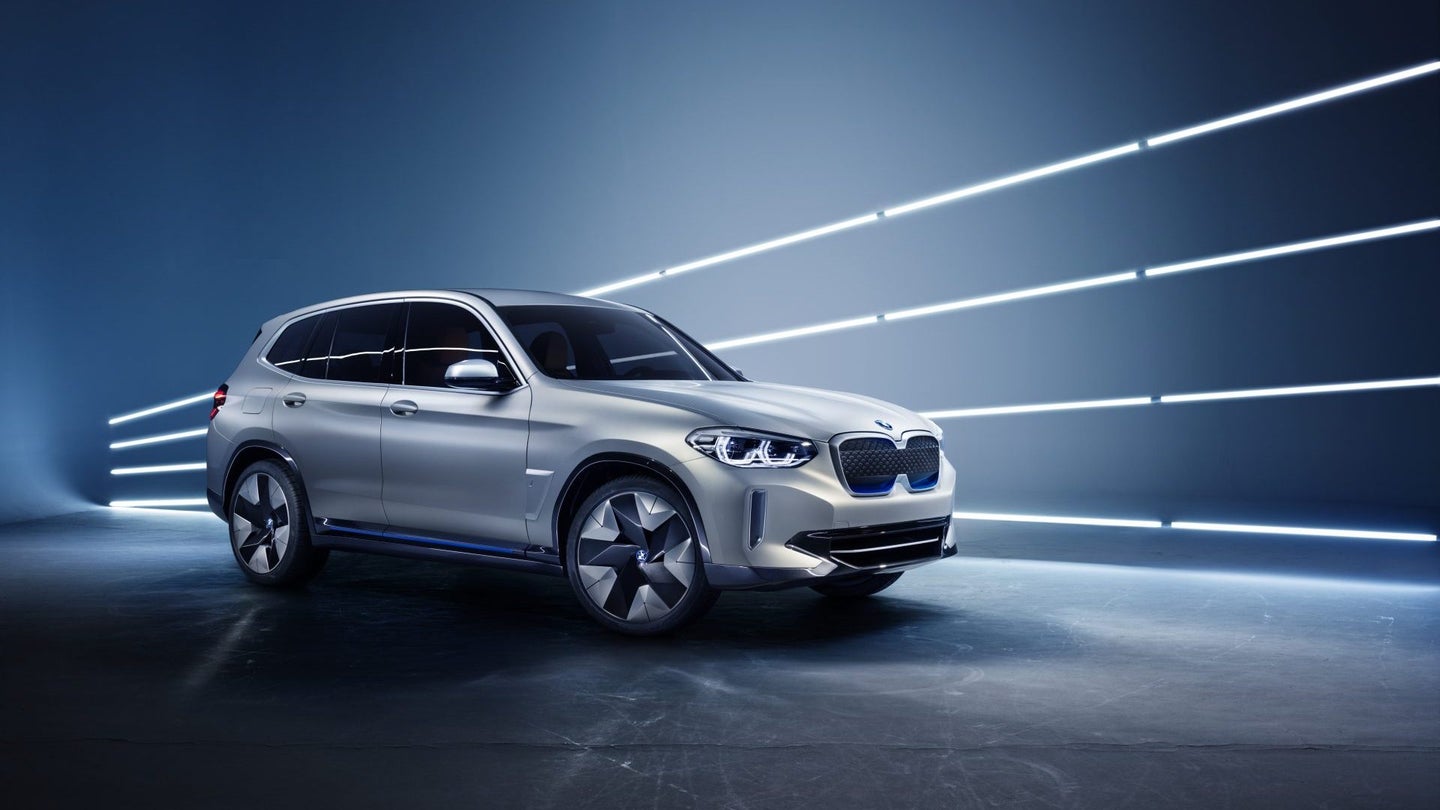 On Tuesday, BMW rolled out its iX3 concept onto the global stage for the first time, at Beijing's premier auto expo: Auto China 2018.

The company states in its press release that it will be the first BMW to move solely under electric power, as opposed to its hybrid i3 and i8 predecessors. Referred to in brand jargon as a "sports activity vehicle," the iX3 is in fact a crossover, equal in size to the X3. It maintains BMW's kidney grille, albeit joined at the center.

Attached to the concept car are range and power output claims, starting with a 70 kilowatt-hour battery, stated to be capable of a half-hour charge time when hooked to a 150 kilowatt fast charger. It provides a range of 400 kilometers (249 miles), and can pour over 200 kilowatts (268 horsepower) into unspecified drive wheels. Its motors are claimed not to use any rare earth metals, making BMW independent of uncertain resource availability in the future.

BMW ties the iX3 in with its modular architecture, which it says can accommodate multiple propulsion methods, and any combination of drive wheels. Internal combustion, hybrid or electric, and front-, rear-, or all-wheel drive.

The iX3's existence was foretold by BMW's bids for rights to vehicle model names, constructed from varying combinations of its 'i' electric vehicle designation, 'X' crossover signifier, and the digits already in use across the carmaker's product range.

As the iX3 remains a concept for now, no pricing information is available. The current X3's price sits at $41,000, which may suggest the iX3's price point. One of its closest analogues in the premium electric crossover market, the Tesla Model Y, is not expected to enter production until late 2019, but BMW's similar (but larger) 'iNext' autonomous electric vehicle will not follow until 2021.