It wasn’t the Rolling Stones. But when an electric World Tour touched down this week at New York’s JFK airport, we found a fresher, more-conceptual star lounging inside a Boeing 777F: Ladies and gentlemen, give it up for the BMW Vision iNext concept. That is, unless you’re troubled by its vertical twin-kidney grille, which seems as controversial as Mick Jagger’s lips, and equally as large. Hey, there’s a lot of time for BMW to tinker between now and 2021, when it promises to start selling a production version of this all-electric crossover SUV.

BMW had put the Vision iNext aboard this Lufthansa Cargo plane in Munich—with BMW decals splashed across the plane's fuselage—for a five-day media tour with stops in New York, San Francisco, and Beijing. Invited onboard for the car’s unveiling—no cameras or phones allowed, thank you—snarky journalists wasted no time calculating how much CO2 BMW was wasting by packing roughly 32 tons of car, show platforms and lighting/staging/recording gear into the aircraft and flying it around the world to trumpet its social and environmental bona fides. Then again, how much CO2 would it cost to pack dozens of international journalists onto planes around the world, and put them up at robustly air-conditioned luxury hotels, to let them ogle the BMW in Munich? See, there’s always gray area.

That gray, including a steady rain on the tarmac outside, gave way to a sunny shade of copper on the Vision iNext itself. That light-tricking color transmuted to a dusky rose as we walked along the iNext. Trust us: Neither the lovely paint nor the typically daring BMW exterior design were well-served by being photographed inside a shadowy, disco-lighted cargo plane. (But that rabbit-toothed grille? You’re seeing it exactly right). The body of this futuristic, suicide-doored SUV suggests it's been formed from single piece of metal, barely sullied by openings or cutlines—as intended by Adrian Von Hooydonk, senior vice-president of BMW Group Design, who walked us through the details.

Raising a hand toward the iNext causes a virtual door handle to glow beneath its rosy skin, whereupon a touch opens the suicide doors for a cavernous entryway. Side glass is pleasingly enormous, topped with a floating metal-and-glass roof and rising beltline that marry elements of the electric i3 and i8. Cutting-edge cameras stand in for exterior mirrors, naturally. But Flintstones-sized 24-inch wheels speak to an older-school, cave-man competitiveness that our autonomous overlords may look to snuff out. BMW strove to define the iNext as less a traditional car, and more an avatar of a new era of personal mobility: Deeply connected, autonomous of course, a “mobile environment that enhances quality of life,” as said by Klaus Fröhlich, BMW AG board member responsible for iNext development.

Invoking the car’s tagline and that philosophy, Fröhlich called the iNext  “A new “Favorite Space,” in which we can be ourselves and relax.”

The iNext’s salmon-and-aqua interior, inspired by either boutique hotels or the sofas of the world’s hippest grandmas, indeed evoked a swanky, mobile living room in which actual driving might seem hopelessly quaint. Integrated front headrests can be bent sharply rearward, Gumby style, to open the conversational space with rear passengers. So-called “Shy Tech” stays discreetly out-of-sight until a driver or passenger needs it. Those include BMW’s new Intelligent Personal Assistant, Intelligent Materials and Intelligent Beam. The Personal Assistant is basically Siri—or perhaps “Steffi,” this being a Deutsche automobile. Intelligent Beam functions as either a reading light or Minority Report-style projection screen, including beaming interactive content and moving images onto hand-held pages that a passenger controls via touch.

Intelligent Materials delivered the requisite gee-whiz, concept-car appeal. Will we ever see this crazy stuff in production? Who knows? The iNext's handsome floating wood console, resembling a high-end coffee table, doubles as a touchpad interface: Fiber-optic controls materialize within the open-pore wood as your hand approaches, and leave “comet trails” of light as your finger traces controls. For the high-backed, sofa-style rear bench­—covered in luxuriously woven, intricately patterned Jacquard cloth—ghostly LED audio controls are embedded within the fabric, apparently for back-seat loungers who are too lazy to reach for traditional switches or who lost their smartphone under the seats. Trace a musical note on the seat, for example, and the pattern is rendered in fiber-optic light, and the audio system springs to life.

Naturally, all this inward, interior navel-gazing led journalists to remind Fröhlich of BMW’s whole pesky “Ultimate Driving Machine” thing. Yet Fröhlich waved off any apparent contradiction: Autonomy will be a godsend for drivers to be productive or relax, he suggested, rather than dealing with rush-hour hell that’s no fun for anyone.

“We always do cars which are fun to drive,” he said. “The [iNext] will be the lightest car in its class, with the best driving capabilities.”

To that end, the iNext’s “Boost Mode” slides an actual steering wheel and displays toward the human pilot. But “Ease Mode” retracts the steering wheel, and driving-related content—oops, sorry officer, I honestly wasn’t looking at my content—gives way to an “Exploration Mode” that suggests nearby places and events in the surrounding area. Even the Vision iNext’s front-end is capital-I “Intelligent,” appropriately for what BMW itself called a “four-eyed” design. The blue-lighted grille, excused from any responsibility in engine cooling, is instead stuffed with autonomous sensors arranged in a grid pattern.

As for meat-and-potatoes mechanicals, BMW was largely mum, aside from a vow that the production model would travel at least 600 kilometers—a vast 373 miles—on a full battery charge. Its eDrive powertrain, by then the fifth generation of BMW electric propulsion, will feature electric motors with no rare-earth metals—as Honda is already doing with its Insight hybrid—and zero carryover components from today’s i3 and i8. A BMW spokesman did confirm a dual-motor, AWD strategy with electric drive at each axle.

Don’t let the dainty, lower-case “i” fool you: BMW has big ambitions for the i Division that has already brought us the i3 urban EV and scissor-doored i8 sports car. The division’s responsibilities have broadened beyond simple electrification to include safe, fully autonomous showroom cars by 2021. (Seeing all the promises, promises for self-driving cars of late, we promise not to hold BMW to such a dubious timeframe). BMW also noted that it’s on track to sell 140,000 electrified luxury models this year, a big jump from barely 100,000 in 2017, and exponentially more than its German competitors. Executives underlined a pledge to bring 25 electrified BMW models to showrooms by 2025, with at least a dozen of those full EV’s.

The company will embark on a 100-unit run of Vision iNext prototypes next year. As we await the still-far-off showroom model in 2021—not necessarily called the “Vision iNext—BMW noted the imminent arrival of the all-electric, three-door Mini Cooper in 2019, followed by an electric X3 SUV in 2020, based on the iX3 concept.

Fröhlich also responded to my question about Tesla's potential competitive edge in using consumer-based machine learning in autonomous cars: Monitoring actual owners’ Autopilot miles to improve autonomous performance in real-world situations. Whatever the advantages, Fröhlich vowed that BMW would never "beta test" on its customers, as its Silicon Valley competitor does.

“There have been some casualties, and we cannot accept that at BMW,” Fröhlich said. 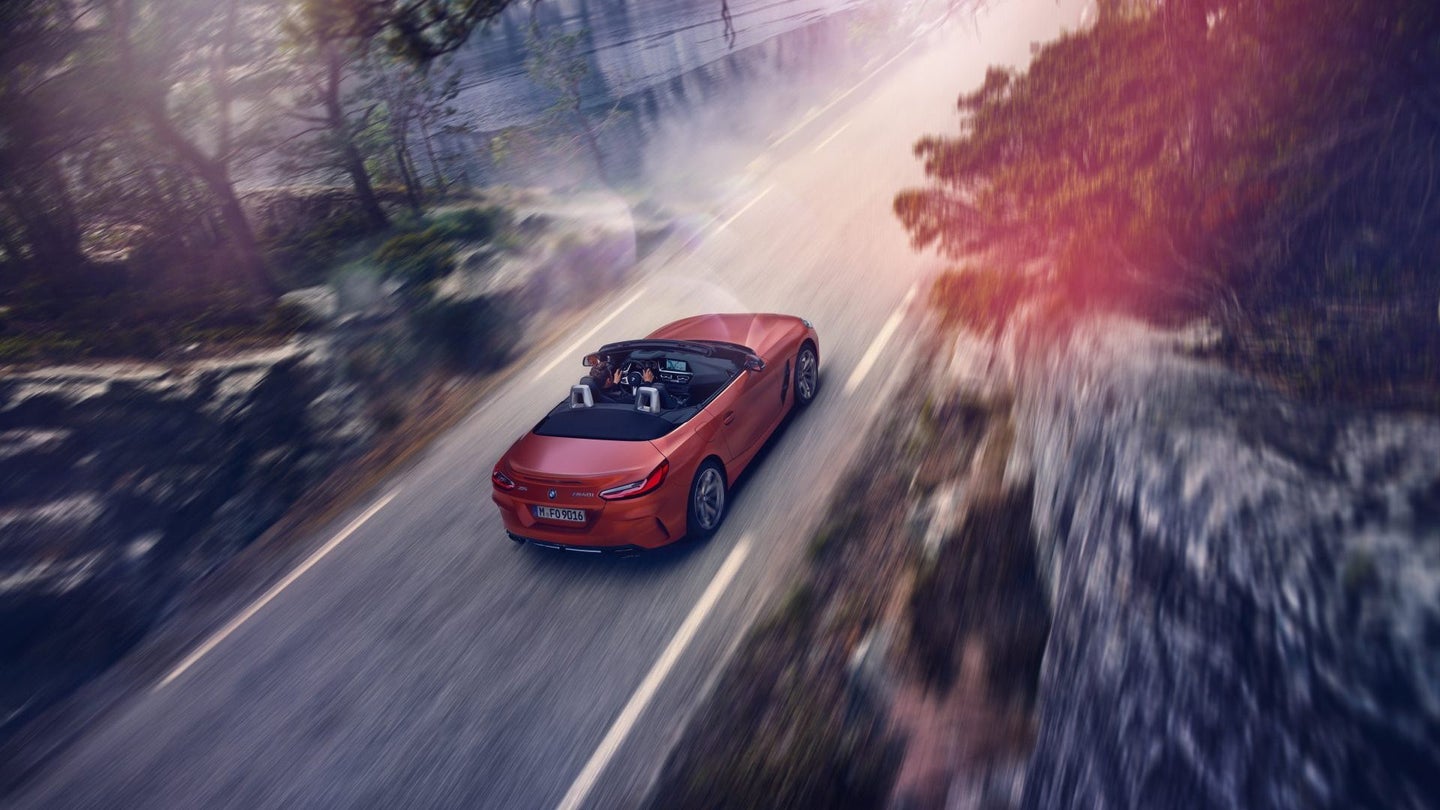 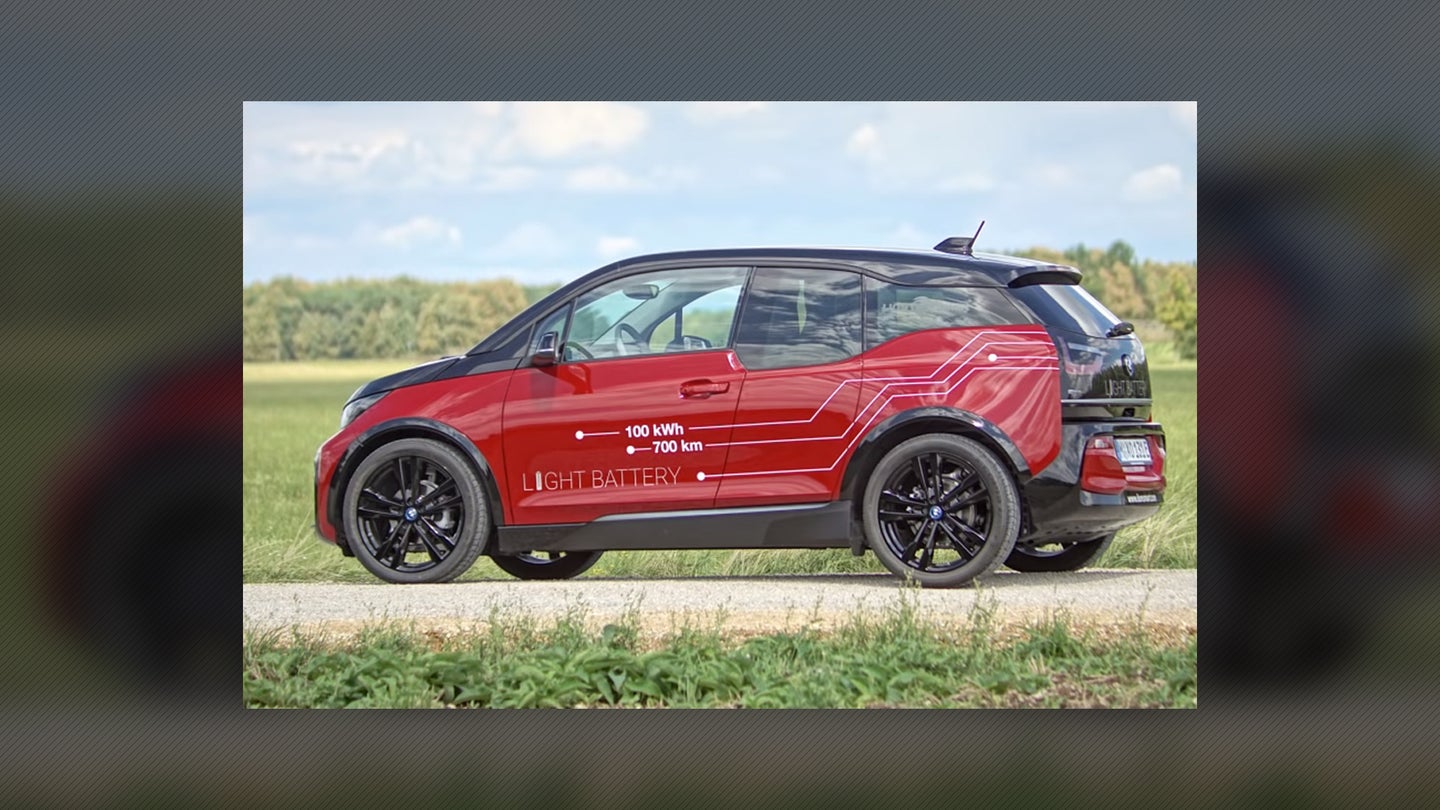 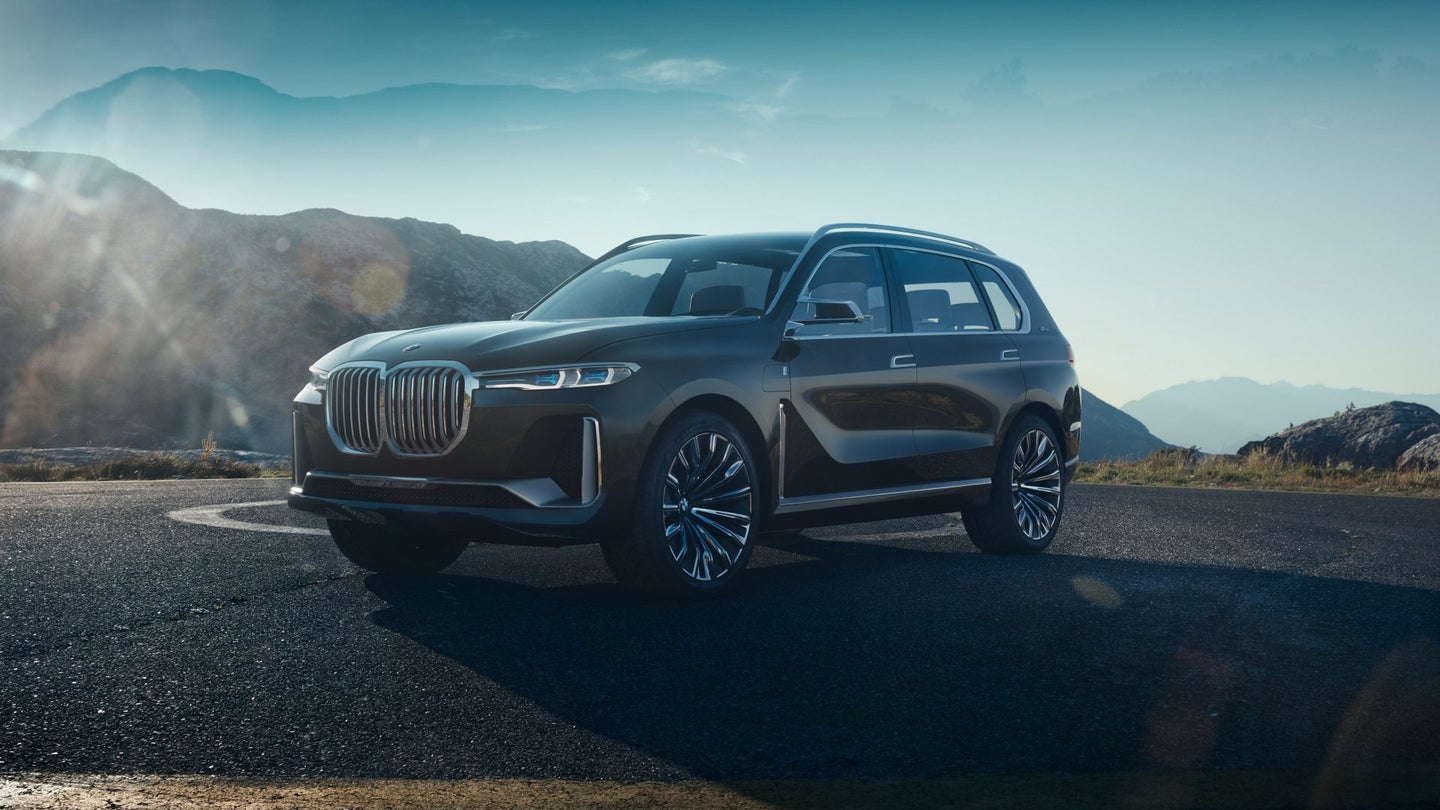 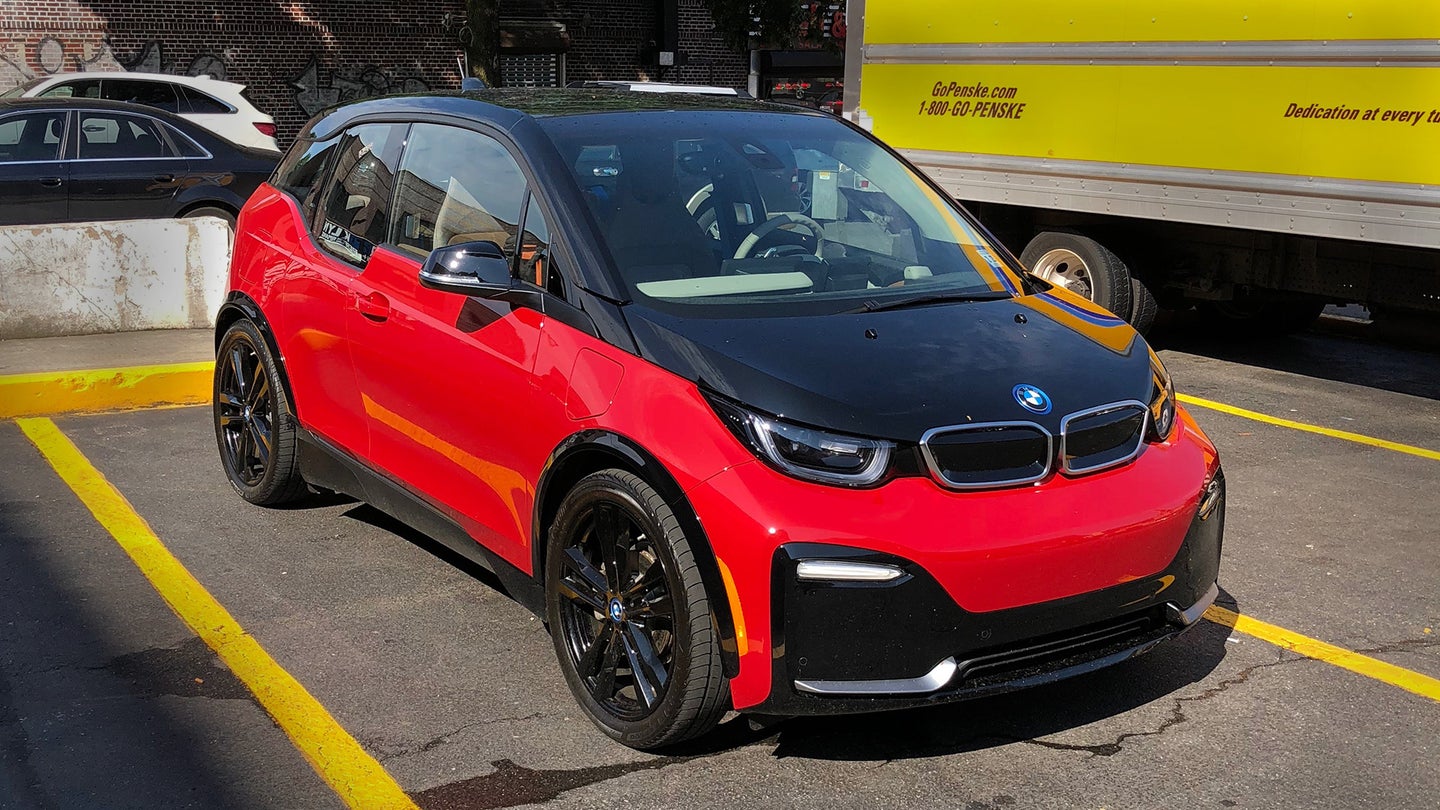 2018 BMW i3s Group Review: An Electric Niblet Smacking Drivers in the Face With the Future

BMW’s electric city car isn’t great at everything, but it packs a lot of character into the tasks it does well. 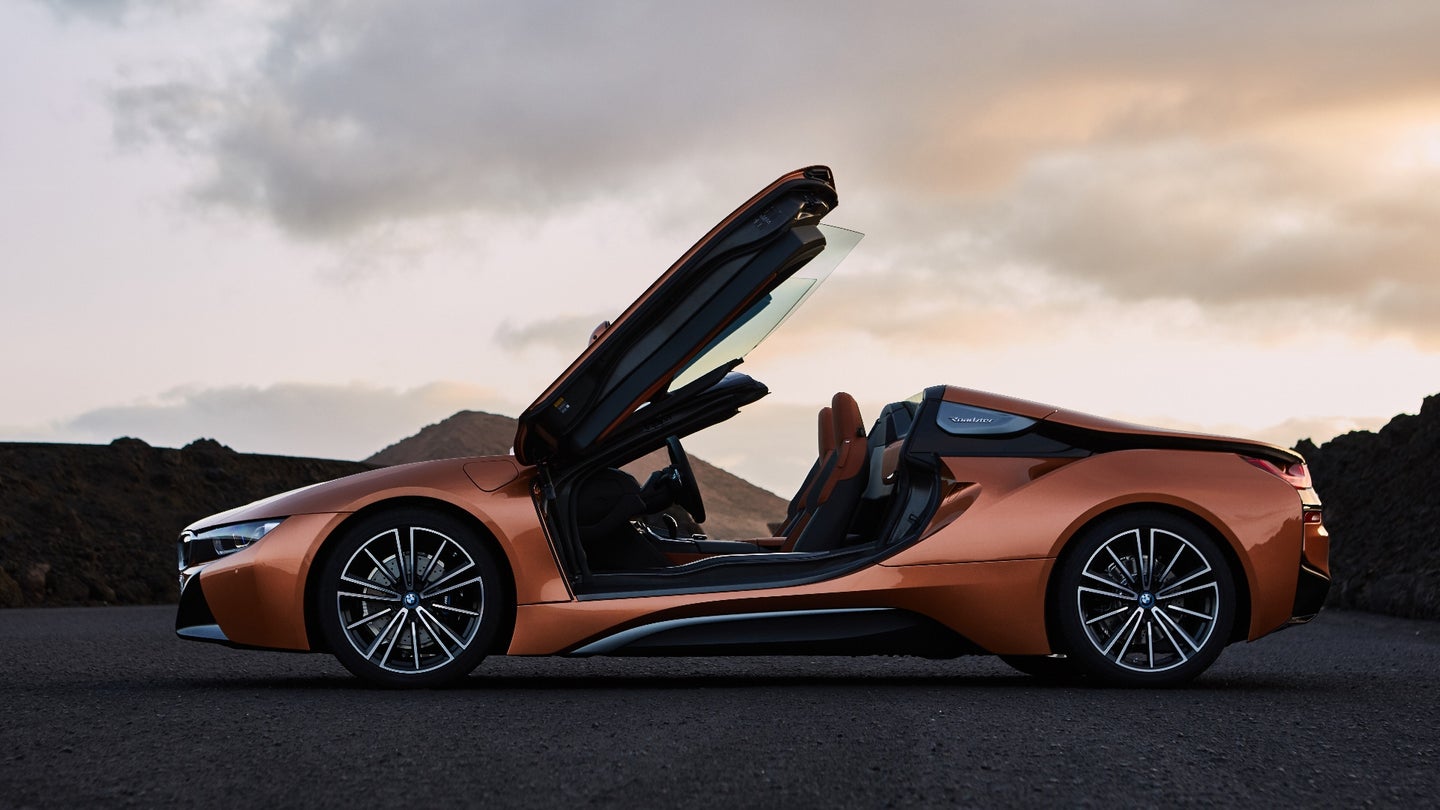