Fancy enough, though, is that it’s powering the tree’s lights with its onboard battery pack. 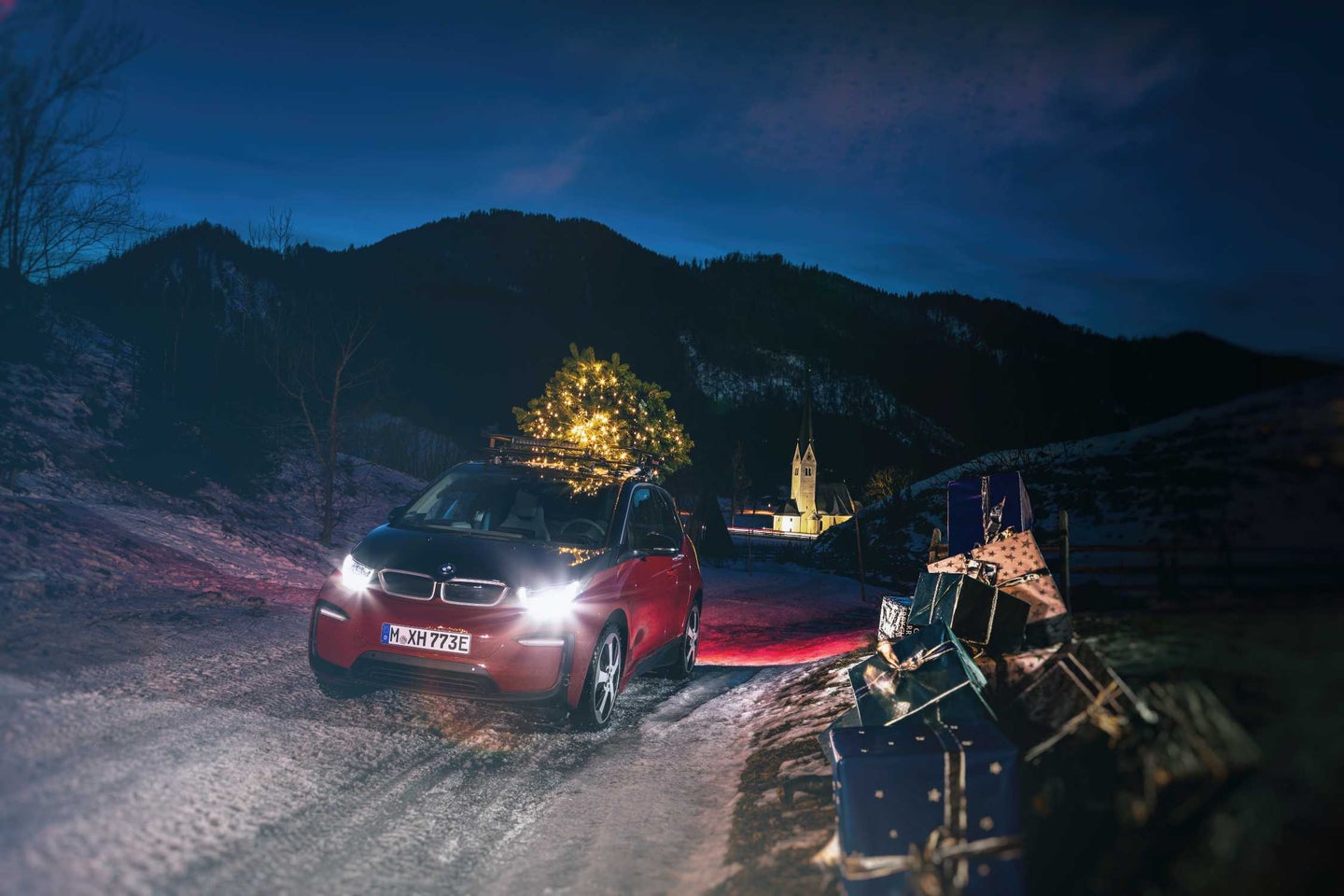 When it comes to holiday imagery, a station wagon (the more wood the better) or classic pickup truck hauling a Christmas tree is as iconic as a snowman or Santa's reindeer. This year, though, BMW decided to get into the holiday spirit and put its own spin on things by managing the task with its i3 electric vehicle—with one neat trick.

The automaker released a photo of a festive red i3 dashing through the snow, carrying a decorated Christmas tree on its roof. The twist? The tree is lit up using electricity from, naturally, the i3 itself.

While one wouldn't initially peg the BMW i3 as photogenic when compared to a tree-hauling Jeep Grand Wagoneer, Chevy Cameo pickup, or a '51 Ford Woody, the radiant red color—and even more radiant lights—certainly serve to make the season bright.

Apparently, BMW is working on clever new ways to utilize the i3's available power, in addition to propelling the vehicle itself. This publicity stunt was a way to display that capability, as well as wish BMW fans the world over a merry Christmas.

It's a possible snapshot of the future that's refreshingly warm, old-fashioned, and human, compared to the dystopian visions of dull, autonomous pods shuttling around humans like so many insects in a metropolitan hive.

While the shift to electric vehicles has been and will continue to be a slow transformation of our automotive and technological landscape, BMW's photo op goes to show that there is plenty of room for tradition in the future. There's no need to don matching jumpsuits and plug into a neural network just yet.

2018 BMW i3s Group Review: An Electric Niblet Smacking Drivers in the Face With the Future

BMW’s electric city car isn’t great at everything, but it packs a lot of character into the tasks it does well.