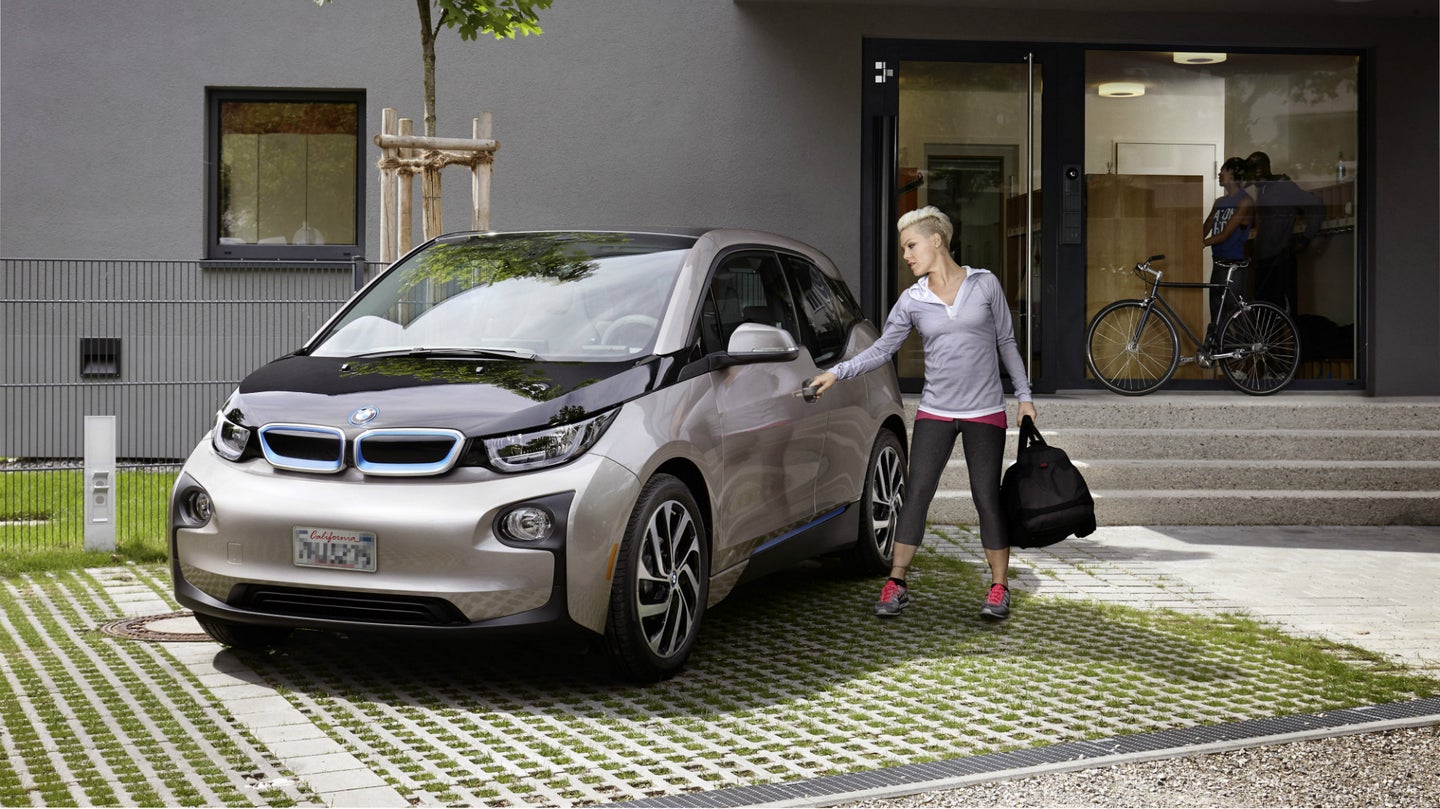 If you are the owner of a BMW i3, take heed, because the Bavarian brand has issued a recall and stop-sales notice to its dealership partners regarding the compact hybrid, reported by BMW Blog. BMW eclipsed 30,000 units of the i3 moved in the U.S. in late October, according to Car Sales Base, but those affected by the safety issue which led to the recall make up a minuscule subset of the car's owners. It is reported that only the smallest twentieth of women, or those five feet in stature and 110 pounds or less, are affected by the safety issue—an increased risk of neck injury in frontal crashes—and only when not wearing the seat belt.

No mention of male drivers is made, so it is assumed BMW does not consider men to be equally susceptible to injuries related to this sales freeze.

The Drive reached out to BMW for details on the design issue that prompted the recall, but BMW declined to comment on which system is thought to allow some drivers a higher chance of sustaining injury. A BMW spokesperson did, however, discuss details on the testing that brought the company to the conclusion that action needed to be taken.

Precisely 29,383 i3s have been sold to U.S. buyers, according to BMW, so assuming the distribution of i3 buyers between the two sexes and across height and weight variances are equal, approximately one in 40 owners have any reason to be concerned. The physiological restrictions reduce the group of concern to approximately 735 owners nationwide.

As the problem only presents itself when not wearing the seat belt, however, which is mandated in every U.S. state but New Hampshire, most U.S. owners of the i3 should not even be at risk. With the pool of legally permissible belt-neglecting drivers reduced to just those living in New Hampshire, which makes up only 0.41 percent of the U.S. population, then the estimated proportion of the approximately 735 i3 owners at risk that could have their legal driving habits impacted by this problem totals 3.

In spite of the lack of a seat belt mandate, New Hampshire Public Radio reports that 70 percent of drivers in the state use belts regardless, so odds are that two of the three drivers in New Hampshire thought to be at risk are actually using their seat belts, meaning that this safety issue probably affects only one person in the entirety of the United States.

While it is nice of BMW to recall the entire batch of i3s sold in the U.S. over a problem that probably affects only a single driver, we at The Drive think a more practical solution is simple: Wear your seat belt.