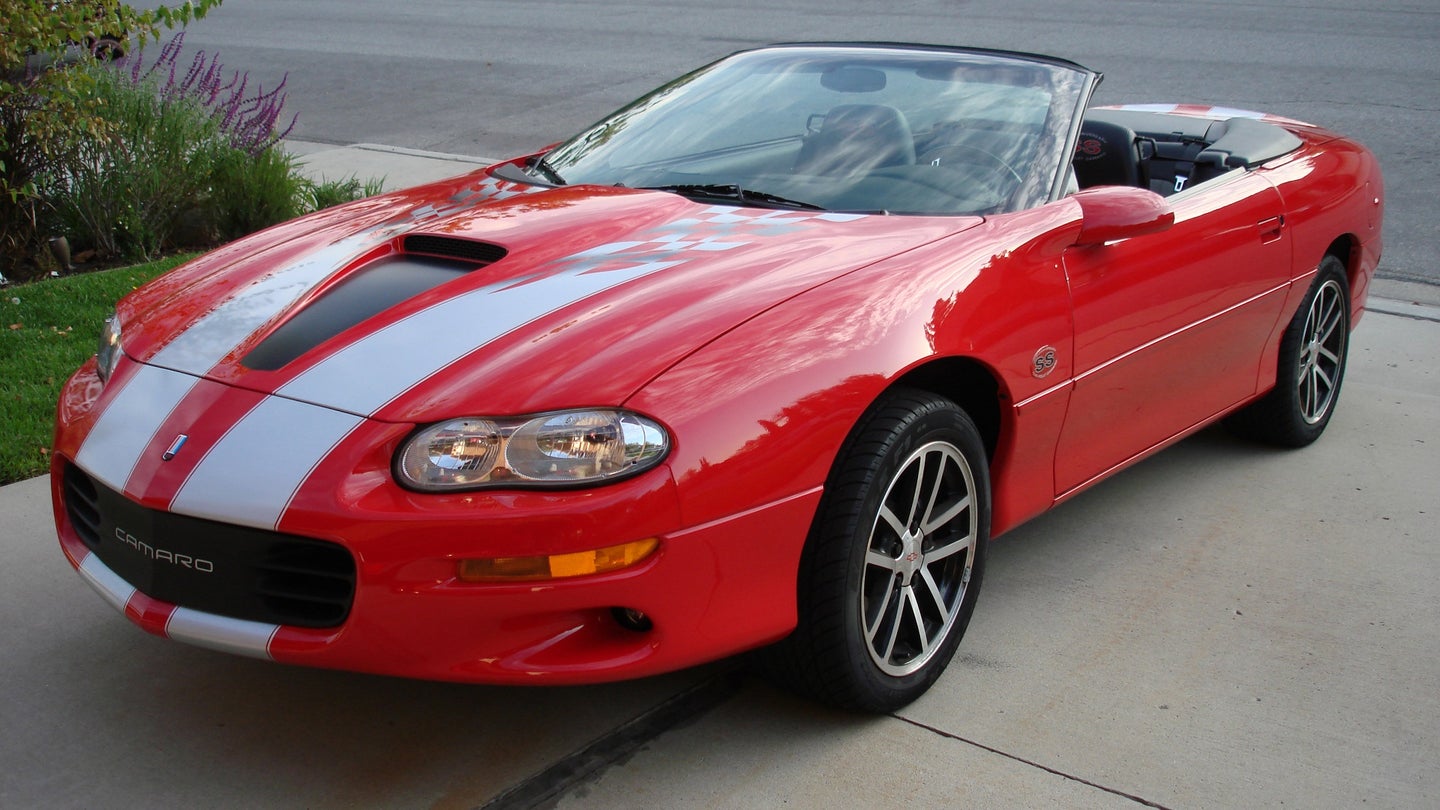 A 16-year-old was driving a 2002 Chevy Camaro Sunday morning near Liberty, South Carolina, when the car went off the side of the road and hit a ditch, mailbox, and culvert before overturning, according to WYFF News 4. One of the passengers was not wearing a seat belt and was killed after being thrown from the car during the crash. The driver and a second passenger were wearing seat belts and survived, though were hospitalized.

The passenger killed was 20-year-old Abraham Abdallah Bawawi, according to the report. The second passenger was 21-year-old Zentura H. Paz.

The top killer of teens in the U.S. is car crashes, and nearly half of all teenage drivers will crash during their first year on the road.

According to NHTSA, the national seat belt usage rate is higher than ever, 90.1 percent. But that still leaves 9.9 percent of the population that, for whatever reason, refuses to buckle up. The primary purpose of a seat belt is to prevent ejection from the vehicle in a crash, which generally leads to far more severe injuries than remaining inside the car. Ejection is exactly what happened to the unbelted passenger who died in this particular crash.

The investigation into the crash is not yet complete, but charges are pending.