Watch an Idiot Chevy Camaro Driver Do Donuts in the Ocean 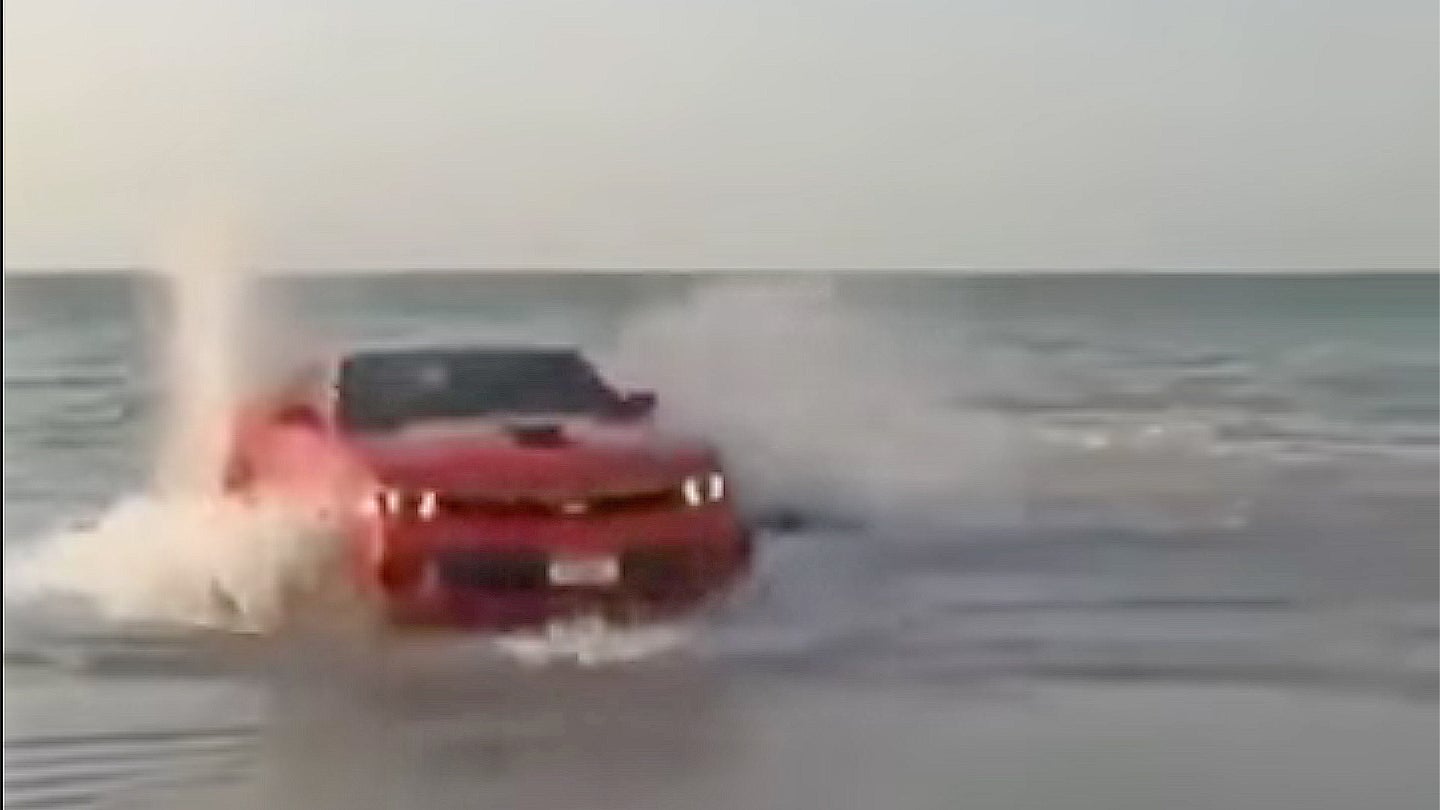 Assuming your parents were, well, parents, they likely gave you all kinds of life advice as you grew up. Look both ways before you cross the street. Brush your teeth twice a day. Eat plenty of fruits and vegetables. Well, we at The Drive would like to add one item to that list of parental advisements: Never, ever drive your car into the ocean.

In case you weren't aware—as we're gonna assume this Chevrolet Camaro driver who decided to drive his muscle car into the surf—the salt water making up the seven seas is toxic to the steel that makes up so much of most cars. Even washing every inch of a car with fresh water after taking a dip in the ocean doesn't necessarily guarantee safety from the cancer known as rust; the briny solution can make its way into nooks and crannies that even the most aggressive car wash has trouble reaching, leading to hidden body rot that can rear its ugly head months or years later.

If that weren't bad enough, driving through the surf includes plenty of other hazards. The ground hidden beneath the water can change without warning, switching from firm sand to large rocks in a split second. Unexpected large waves can knock a car off-balance, filling it with water or pulling it out to sea. Hell, you could crash into a orca in the midst of grabbing a seal off the beach. (We're not saying it's likely, we're just saying it could happen.) And if nothing else, you'll almost certainly wind up being mocked on reddit.