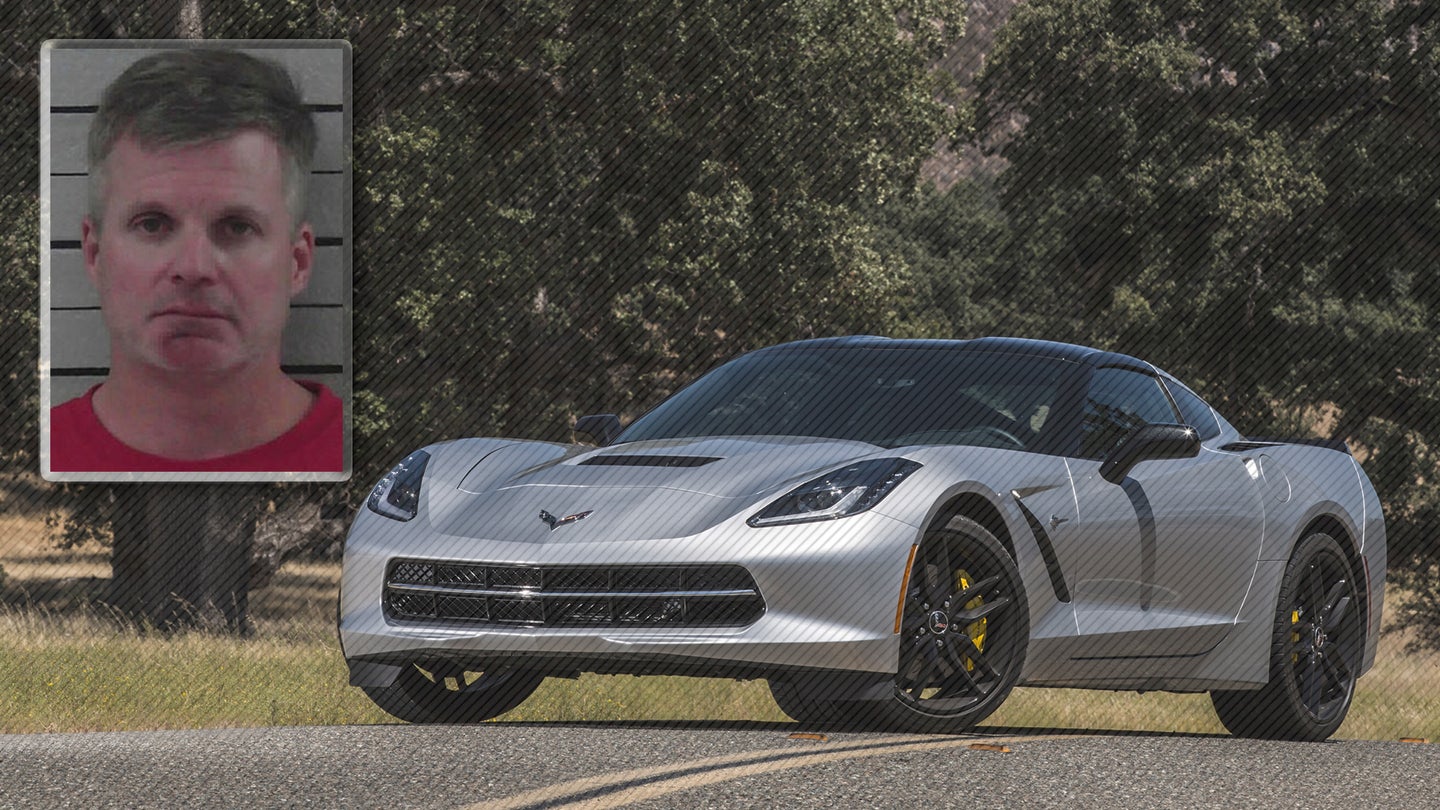 A Georgia official is facing DUI charges and two separate state investigations after police found nine jars of moonshine in the Chevrolet Corvette he crashed on a rural road south of Atlanta last week, reports the Atlanta Journal-Constitution.

Authorities say Walter Hyman Rabon, who serves as the deputy commissioner for the Georgia Department of Natural Resources, was driving a black 2015 Corvette on Georgia State Route 11 in Jasper County on Sunday with a passenger when he lost control and struck a road sign before spinning out into a ditch. Thankfully, neither were injured.

First Look at the 2019 Chevrolet Corvette ZR1 -- /CHEATSHEET
The Drive

Rabon told responding Georgia State Patrol officers that he swerved to avoid a deer, but his cover was blown several times over. First, five of the nine moonshine jars he was transporting had been damaged in the crash and were leaking their pungent contents into the Corvette's cabin. Second, officers wrote that Rabon was acting "sluggish," had bloodshot eyes and alcohol on his breath, and wasn't wearing shoes. Finally, it took him "several failed attempts" to eventually blow a .146 during a breathalyzer test, according to WXIA News.