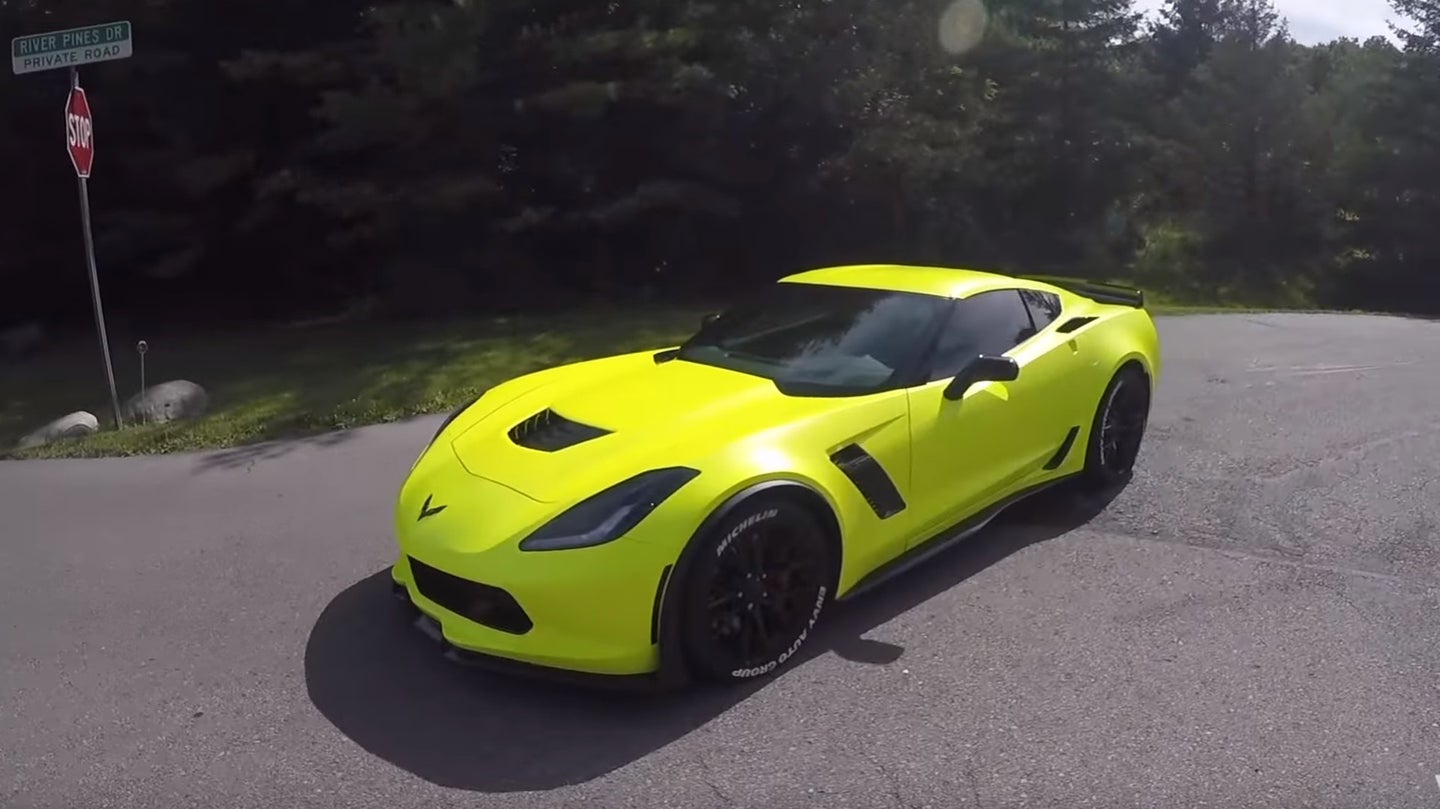 The driver of a bright green Chevrolet Corvette Z06 that was featured on the popular YouTube series Vehicle Virgins was traveling at around 125 mph on a public road in Michigan before he smashed into a tree, according to a police report obtained by The Ann Arbor News.

The 21-year-old driver, identified as Jiefu Jefferey Gong, and his 17-year-old female passenger were both seriously injured in the crash on Huron River Drive outside Ann Arbor back in May. Gong allegedly told officers at the time that he was traveling between 10 and 15 mph over the posted speed limit of 35 mph before swerving to avoid an animal in the roadway and striking a large tree.

However, if photos of the absolutely demolished Corvette don't have you doubting that, the newly-revealed official police report notes the car's data recorder showed it was traveling at 125 mph just five seconds before impact, and smacked the tree at around 90 mph. As a result of these findings, the Washtenaw County Sheriff's Office arrested Gong in August and charged him with one count of reckless driving causing serious impairment of bodily function.

In a Vehicle Virgins video published in July 2016, host Parker Nirenstein and Gong are seen driving the Z06 on the very same section of road, topping 100 mph in sections and hardly slowing for oncoming traffic or stopped cars on the shoulder. In fact, it looks very similar to a video we highlighted earlier this year showing a cocky Subaru WRX STi owner treat a public road in Washington like his own personal rally stage and pay the karmic price.

According to The Ann Arbor News, Gong later changed his story and claimed he had no memory of the crash whatsoever, and his teenage passenger also claimed she was too busy looking at her phone to notice the number on the speedometer. Unfortunately, the Internet—and data recorders—never forget.