The driver is now facing the music of an out-of-commission car and reckless driving charges. 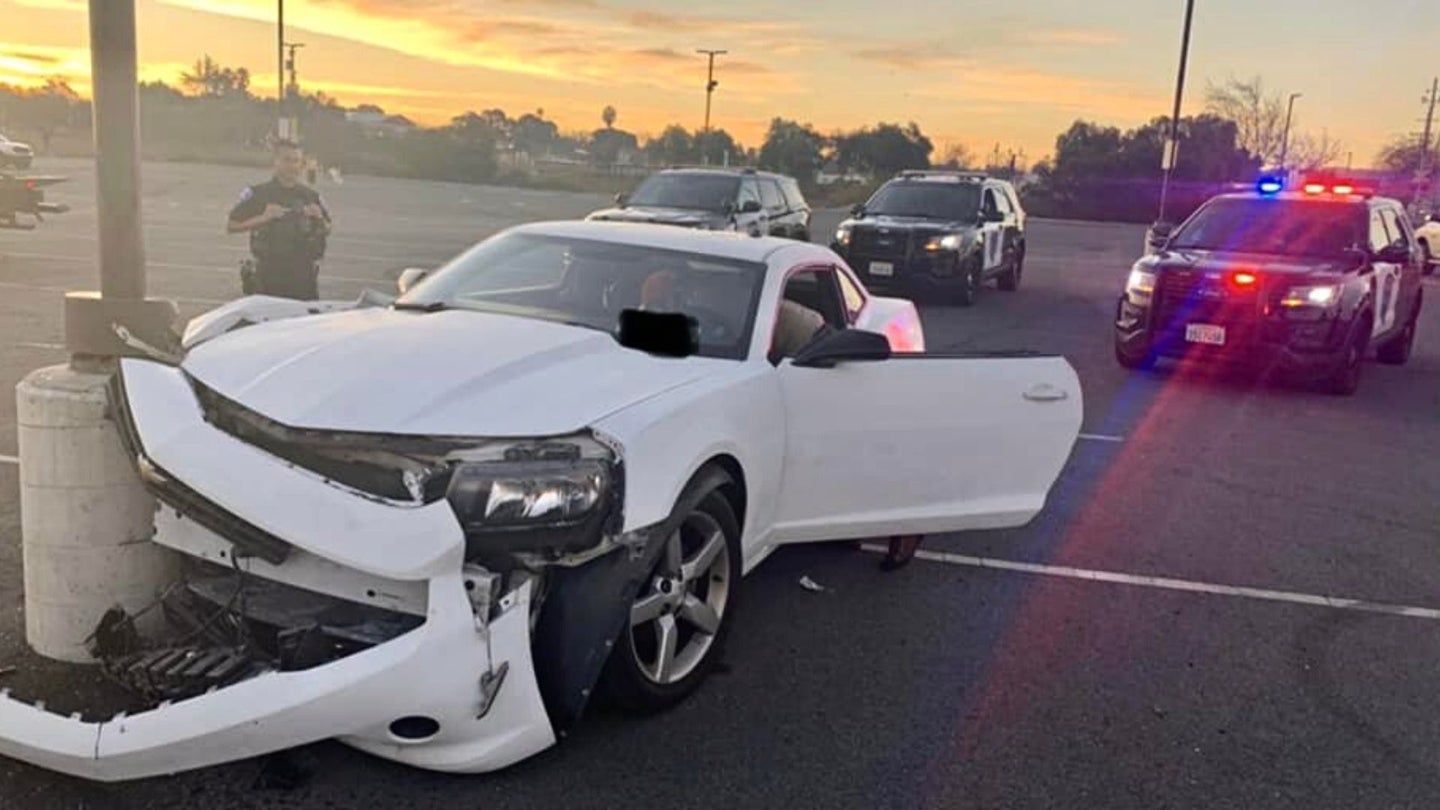 I like doughnuts, both the sugary kind and the kind one does in a car. However, the first one is only acceptable as an occasional treat if you're watching your cholesterol count and the other, if conducted recklessly, is not going to sit well with the police. Case in point this week in Antioch, California: a sideshow caught the attention of the local police force with reports of a white Camaro doing doughnuts, losing control, and crashing into a light pole.

In the wee hours of the morning on January 11, officers arrived to find the smashed-up Chevrolet in poor shape after a drifting maneuver went awry. Security footage shows the Camaro speeding around in circles before skidding into the pole, rendering the vehicle undriveable. The driver was apparently fine, since the Antioch Police reported that he attempted to flee on foot. He didn’t get far and was quickly apprehended and arrested for reckless driving. As a consolation “prize” to his failed sideshow, the suspect was also slapped with a 30-day hold on his Camaro. Not that he was going to be driving it anywhere in that condition.

“Sideshows continue to be a huge issue in the greater Bay Area and law enforcement remains committed to using the full extent of the law to stop people involved in such activity,” the Antioch Police Department posted to its Facebook page. “In addition to having your vehicle towed, any driver participating in a sideshow can have their driver’s license suspended up to 6 months and be subject to arrest.”

Keeping street racing and sideshows like this under control continues to be a challenge, as some people are going to make poor choices. Pulling stunts like this in a crowded area where pedestrians or other drivers could be placed in danger is especially dumb; it’s a much better idea for enthusiasts to find a track or skid pad nearby to get their kicks. The police aren't messing around, and while this particular incident didn't bring the same show of force (five patrol cars and a helicopter) as the 21-year-old man showing off in a nearby area two years ago, it certainly drew attention.

The local police had the last word, making the point with a light-hearted dessert reference:

And hey, some officers have been known to secretly enjoy a donut or two themselves.