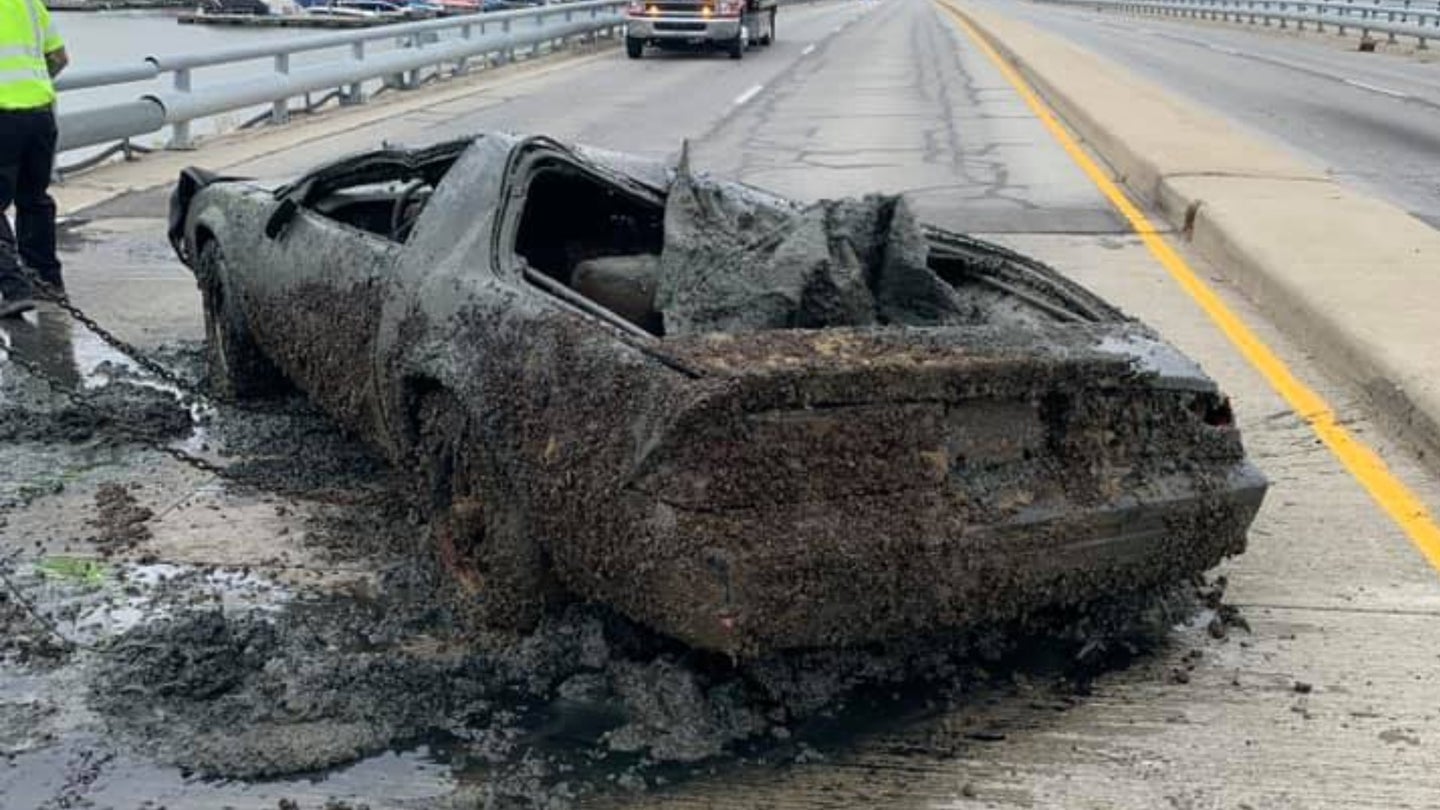 Remember the good ol' days when you could go out on a Sunday, steal a Camaro, and drive it into a lake—just as a bit of a weekend goof? No? Well, we do here at The Drive. In fact, our memory was refreshed yesterday when a 1987 Camaro, reported stolen in 1988, was pulled out of a reservoir in Fishers, Indiana, outside Indianapolis after being spotted on sonar by a local fisherman. Yes, the car was fished out of the water after being found by a fisherman in a town called Fishers.

The Camaro in question was actually not just sitting on the lake floor. It was sitting upside down under a few feet of lake-bottom silt. Because of this silt and the mineral content of the water, it's actually been preserved perfec—no, I'm kidding. It's in really bad shape. This thing is probably going to end up getting crushed.

Not much can be discerned from the vehicle since it's so deteriorated; however, the local police were able to somehow figure out that the same Camaro was stolen on July 8, 1988, perhaps by finding an intact VIN tag. Unfortunately, the owner of the car has since passed away, so they won't be getting their Camaro back. I'm assuming they wouldn't really want it, anyway.

In any case, it's incredible that this Camaro sat on the bottom of a reservoir for 32 years completely undetected. These lake-bottom cars are probably more common than we think. Perhaps when people get even more desperate to find cheap, RWD project cars, this is where they'll start looking.