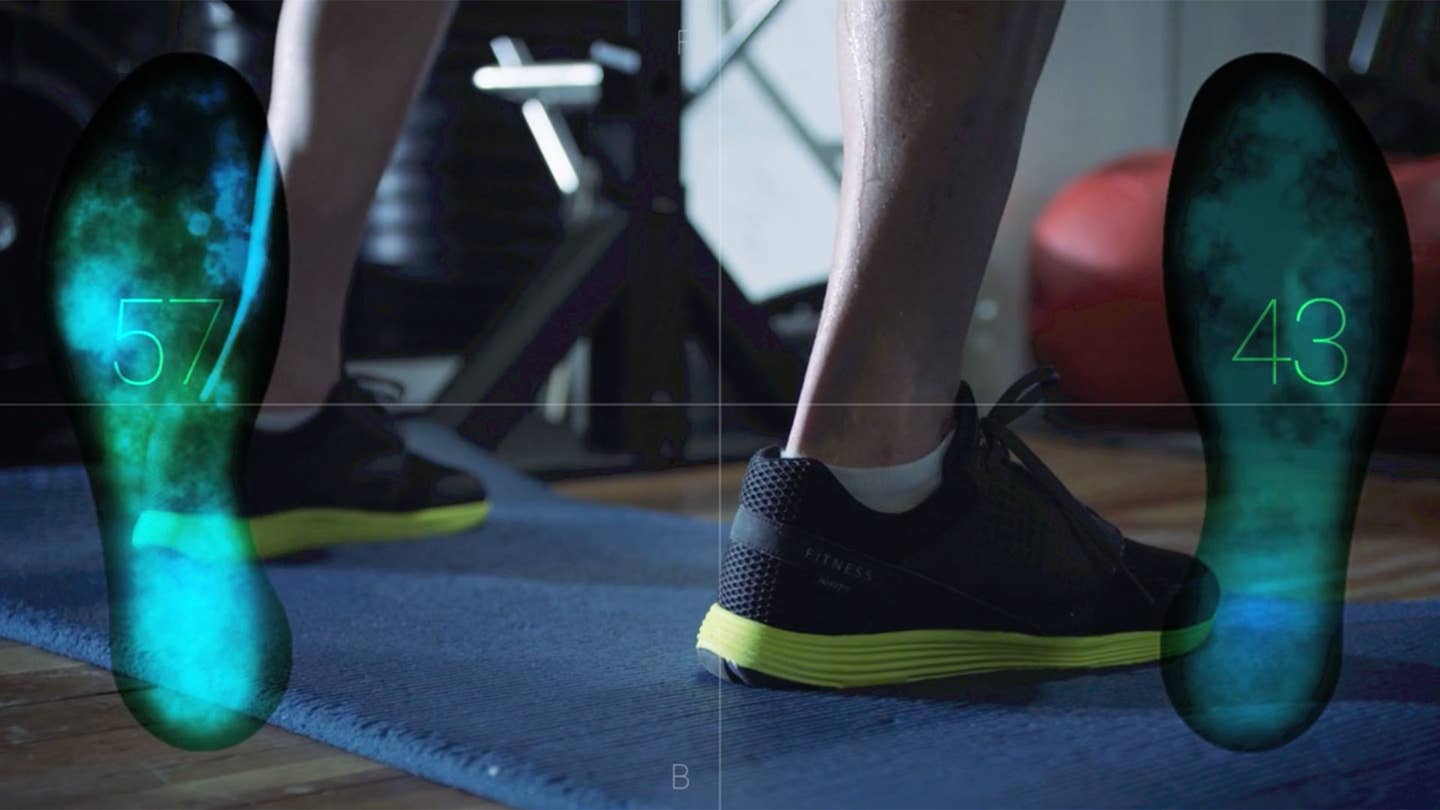 You may think of Samsung as a phone maker, or maybe the company that made your air conditioner or TV. And you’ve probably never heard of Salted Venture, the Samsung Electronics startup that will produce IOFIT shoes. But Samsung is massive; it’s in engineering, hospitality, chemicals, even fashion. In fact, Samsung is in connected fashion—last year the company debuted a suit that could broadcast your business card to prospective clients by tapping one of the buttons on the sleeve. And, of course, the South Korean giant has made wearables to compete with Apple’s Watch.

So it’s logical that to get deeper into biometric tracking Samsung needs more in its quiver. At CES this past month, the company showcased the new IOFIT sub-project from Salted Venture, a golf as well as fitness shoe that will debut next week in production form at Barcelona’s Mobile World Congress. The pair of kicks, via accelerometers and gyroscopic sensors, track motion and pressure. The idea is to sift for fore-aft balance as well as leg-output discrepancies during exercise. In theory, ground contact time during running could also be part of the suite of information that’s bounced via Bluetooth from the shoes to your phone or Samsung Gear timepiece.

Step counting, distance, stride length, and other metrics are also key if Samsung wants these shoes to be taken seriously by fitness junkies, and it’s notable that the company hasn’t pushed as hard into athletic tracking as rivals like Apple. So it’s possible this marks just the beginning of Samsung’s broader foray into that space.

If that’s the case, Samsung will have to face off against Under Armour (and probably Nike). UA launched its own tracking footwear, the SpeedForm Gemini 2 Record Equipped, at CES as part of an entire suite of connected fitness devices called HealthBox that goes on sale this spring for $150. When Samsung’s IOFIT products hit the shelves this summer, the golf shoe (which is supposed to diagnose poor swings) and fitness shoe will cost $259 and $149, respectively.

This radical 18-wheeler is designed to make passing safer. But, as with any new tech, it drags up difficult questions.

Home is where car is.

Car Guys, It’s Time to Own Up

An idea for mending fences.