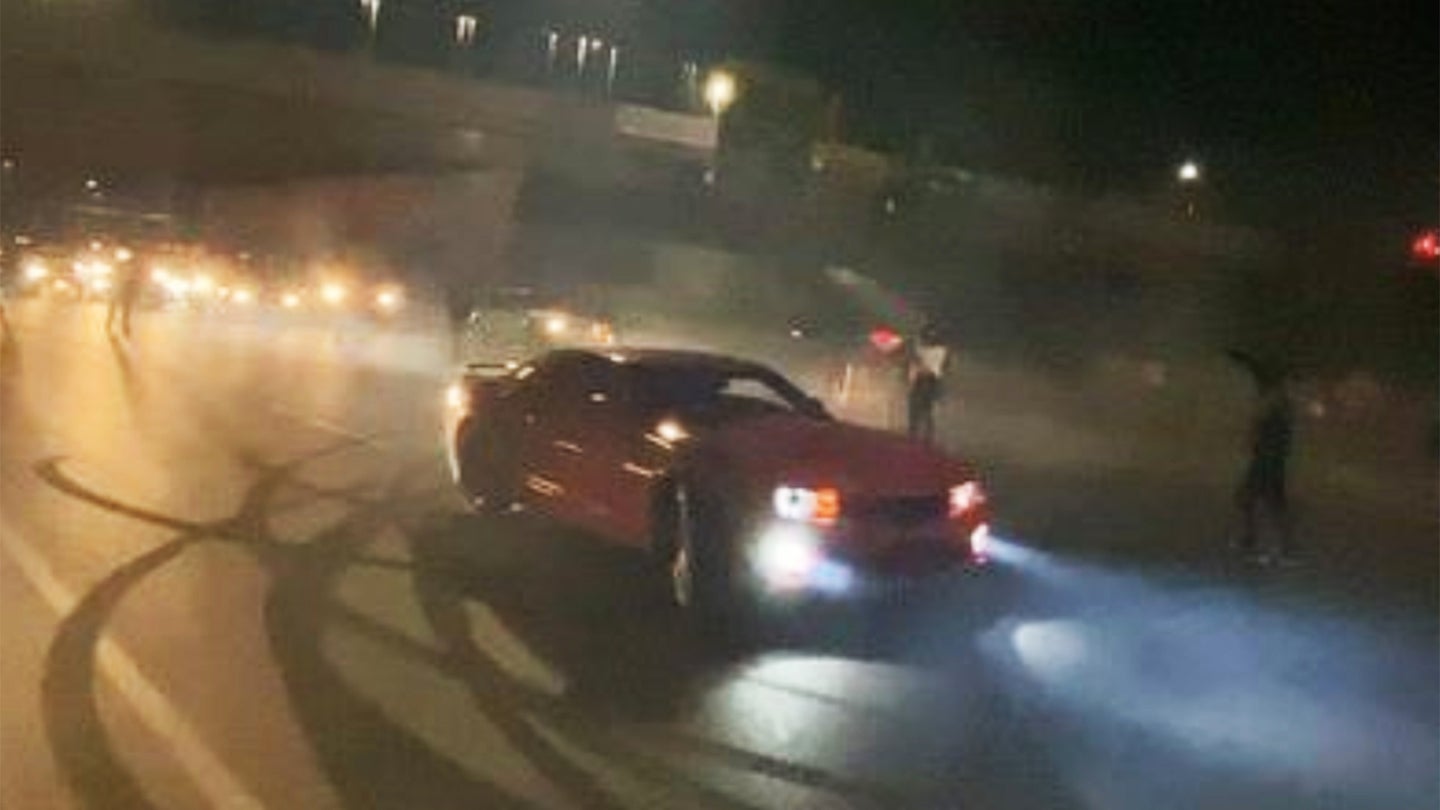 Traffic on Detroit's Interstate 94 ground to a halt Sunday night for an unusual reason: donuts. Videos began popping up overnight showing willing onlookers—might as well call them accomplices at this point, really—blocking the highway so that a red Chevrolet Camaro can rip a few highly illegal donuts as onlookers cheer, "We on 94 with it, baby!"

Between the danger of casually stopping traffic on a major highway and the way people on foot get incredibly close to the pirouetting Camaro in the clip, there are a whole lot of ways this stunt could've ended in tragedy. Instead, it ends the same way lots of these awful street racing cinema verite films do—with a bunch of tire smoke and the distinct feeling that that couldn't possibly have been worth it.

Sunday's antics appear to be the work of a local collective that broadcasts its adherents' actions on social media under the hashtag #TSNLS, which stands for "Turnt sh*t, no lame sh*t."

Nearly an hour of additional "Sunday Funday" stunt footage was posted on YouTube featuring the same car and #TSNLS group hashtag as the viral I-94 videos, including a number of intersections takeovers and a bit of running from the cops.

Needless to say, that's a whole lot of evidence. Videos of such takeovers often lead to multiple arrests, although there are no reports so far of any arrests made from Sunday's videos in Detroit yet. The same group was behind another viral video of donuts on the Lodge Freeway this summer, notes the Detroit Free Press. Those Lodge videos even inspired t-shirts and a rap song about it, reports WXYZ.

Similar shutdowns for burnouts, donuts and other show-off maneuvers are often referred to as "sideshows" or "takeovers," and they happen across the country, albeit usually on surface streets. Detroit was the site of a similar incident on the Lodge Freeway involving a pack of Dodge Challenger Hellcats this summer, notes the Detroit Free Press. Those Lodge videos even inspired t-shirts and a rap song about it, reports WXYZ.

Needless to say, these hoons really need to take this show off the street. Detroit's Vengeance Auto Club asked to work with the city after the June freeway shutdown to find a safe place for car clubs to do these stunts off the streets, notes WXYZ, however, it's clear that hasn't happened.