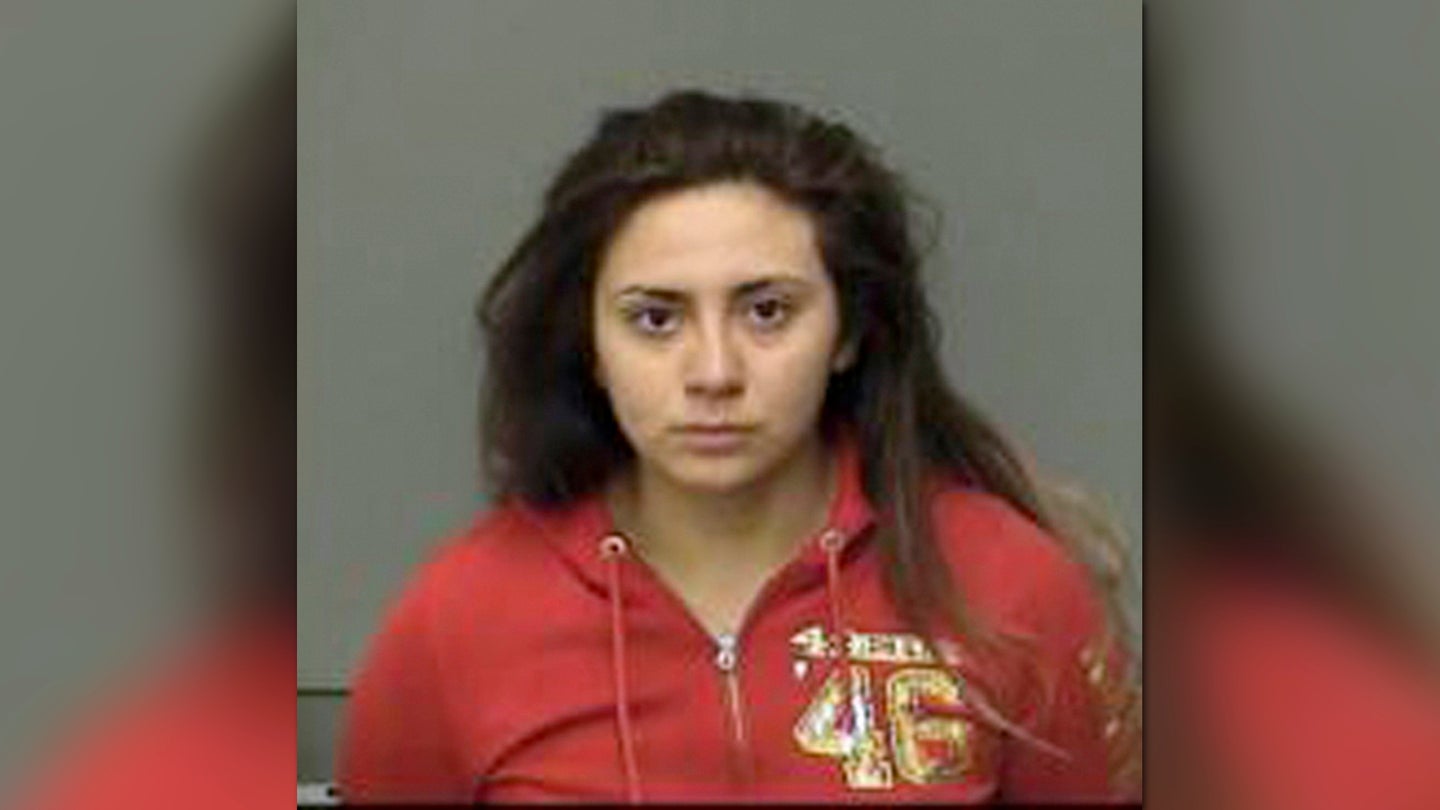 An 18-year-old California driver has been charged with manslaughter after reportedly livestreaming herself driving and causing a fatal car accident that killed her 14-year-old sister, continuing to broadcast the horrific aftermath as the young girl lay dying in a field after being ejected from the vehicle.

According to NBC News, the California Highway Patrol say Obdulia Sanchez was driving a 2003 Buick outside Los Banos, California with her sister and another 14-year-old in the back seat on Friday when she lost control of the car, veered off the left side, and crashed through a fence before flipping into a field. The two younger girls were not wearing seatbelts and were ejected, and Jacqueline Sanchez, who was reportedly supposed to celebrate her quinceañera on Sunday, was killed.

That all lines up with an appalling video that surfaced over the weekend. Obdulia Sanchez was apparently livestreaming on Instagram before, during, and after the crash, and the video was recorded by one of her followers and shared with authorities and the media. You can find it here, but be warned—the graphic aftermath of the accident is very, very disturbing.

In the clip, you can see Sanchez driving along and rapping along to the radio, often taking both hands off the wheel to dance while still holding her phone. You can also catch a fleeting glimpse of her sister and her friend in the back seat. A minute later, she loses control as she's trying to balance her phone on the dash, and the frame dissolves into a cacophony of spinning, crunching metal until the phone comes to rest in the grass.

Moments later, Sanchez picks it up, and as she turns the camera you can see she's kneeling in a field next to her younger sister's body. Jacqueline Sanchez appears to already be dead, having suffered a massive head wound.

There are several graphic close-ups of her sister's head as she leans in a few more times.

Obdulia Sanchez was charged with driving under the influence of alcohol or drugs and gross vehicular manslaughter. A California Highway Patrol spokesman confirmed to BuzzFeed News that the video was "absolutely" part of the investigation, and that more charges could be forthcoming. The woman who recorded the crash livestream also spoke to BuzzFeed and shared another clip of Sanchez driving dangerously close to cross traffic and laughing from earlier that same day.

This is just the latest example of how distracted driving destroys lives, and with the proliferation of new apps and technologies like livestreaming, the problem is getting worse, not better, despite automakers' best efforts. For its part, an Instagram spokesman told NBC News the company was "deeply saddened" by the incident and asked people to use the "Report" feature if they come across "any content or behavior that puts anyone's safety at risk."

Taking your eyes off the road for a few seconds is all it takes.