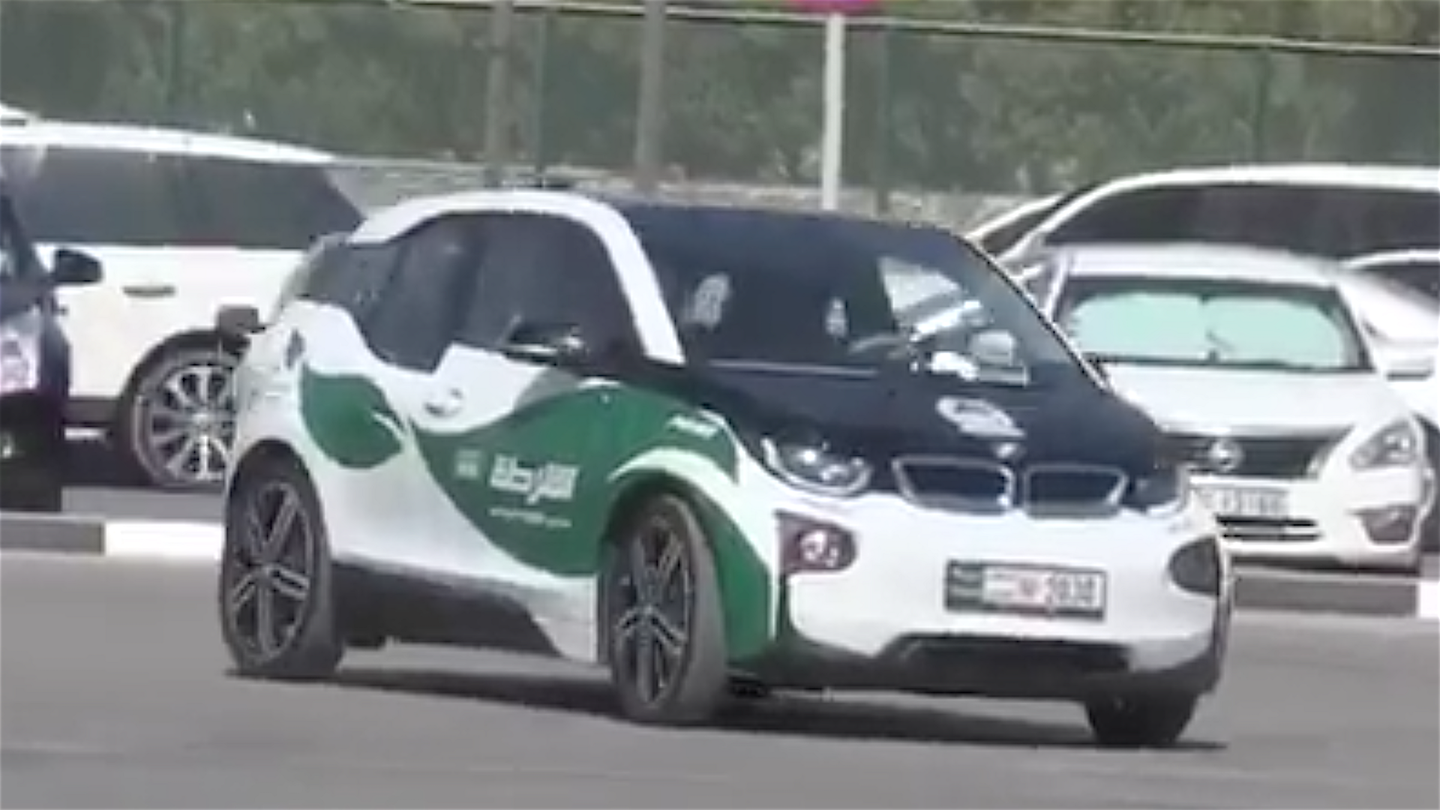 The Dubai Police are getting some new, cleaner police cars to sit along next to its supercar pursuit vehicles.

The department is adding the BMW i3 electric car to its fleet of crazy cool cop cars like the Bugatti Veyron and Porsche 918 Spyder, according to Bloomberg. The car was first shown off Wednesday at an event in the financial district of Dubai, the report said. At the event, United Arab Emirates energy minister Suhail Al-Mazrouei said that the UAE plans to grow its electric car fleet until they ultimately make up 10 percent of all government vehicles, in order to help lower total CO2 emissions by 15 percent in the next four years.

The addition of the i3s come after Dubai's transport authority said that it would be buying 200 cars from Tesla for use by government-managed taxi drivers.

It's unclear what the specific policing duties will be for the i3s, but it's probably safe to assume that the police force will leave the high-speed pursuits to its supercars.