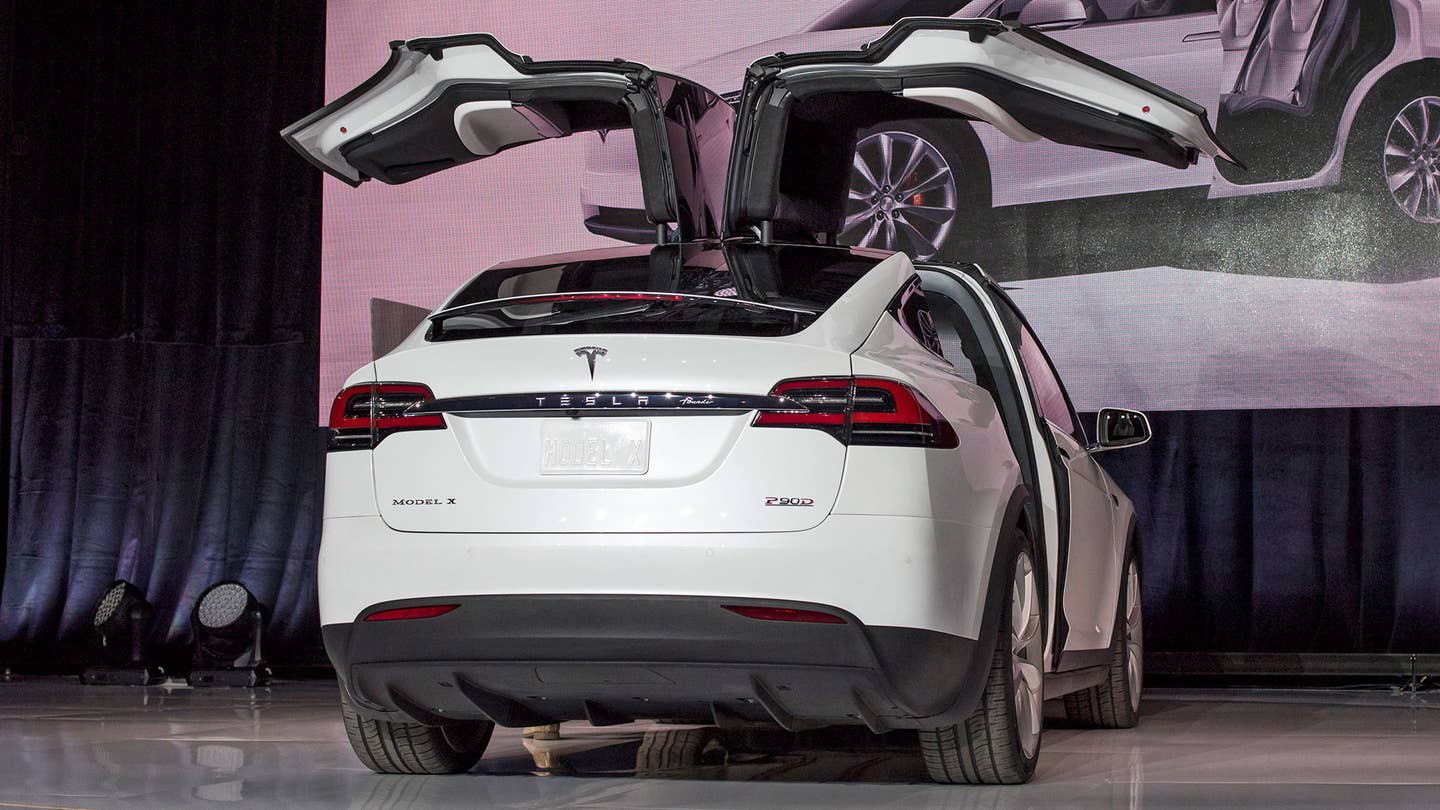 I learned this courtesy of Twitter user Realist, who never fails to post an endless stream of Tesla-related news, some good, most bad. You can imagine my reaction Saturday when I saw this in my feed:

Could it be true? This was followed by another post and a flurry of responses, most asking how this could be legal, until Realist was kind enough to post a link to the official Model X Emergency Response Guide, which states the following on its first page:

“This guide is intended only for use by trained and certified rescuers and first responders.”

Not quite intended for your average Model X driver, but no one reads manuals anyway, right?

Realist appeared to take Page 24 as evidence of the worst-case scenario: that the Model X falcon doors are designed in such a way that if an accident occurred and the power went out, the rear passengers wouldn’t be able to open the doors. Even if they’d read the Emergency Response Guide, it’s assumed that they wouldn’t remove the speaker grilles to access the manual latch.

I was skeptical. So I emailed Tesla a screenshot of Page 24 and a list of very specific questions. They responded in great detail, very quickly to every question but one.

So, will Tesla's falcon doors trap you in an accident? That depends on the accident, and you. Here’s a breakdown of the scenarios:

Even if first responders cut the main power as per the Emergency Guide, low-voltage power sufficient to activate the falcon doors’ electronic latches remains available. If the 12V power goes out, you don’t need tools to remove the speaker grilles. Pull the mechanical release cable and push the door open.

The big question is how first responders will rescue rear passengers who are incapacitated. In all likelihood, the EMTs are smashing that window, pulling that speaker cover off and doing it the hard way. But just how hard is it to push a falcon door open? That depends on their weight, your strength and the orientation of your Model X after an accident. The physics of survival apply to every accident in every car, and the Model X is no exception.

I was unable to determine the weight of a Model X falcon door—excluding the hinged roof section—such that it could be meaningfully compared to a traditional door. The information was unavailable online, and Tesla didn’t respond to this specific question. I’m going to go out on a limb here and extrapolate from the weight of a Model S rear door, which is approximately 50 lbs. A Model X falcon door section—excluding the hinged roof section—must therefore weigh at least 50 lbs. If, after an accident, your car is upright, a traditional car door will obviously be far easier to open than a falcon door, which is hinged at the top. Duh; it’s a falcon door. Better not be injured. Better hope the mechanism isn’t jammed. Time to start working out. Seriously.

If your car flips and comes to rest on its roof? Falcon door all the way, baby. It will literally drop open, assuming you’re conscious and capable of getting that speaker grille off. Assuming you read the manual. And have some light. And some common sense.

The bottom line is, if you get into an accident in a Model X and you don’t have power, it would seem you’re better off flipping the car.

There is a silver lining here. Based on the cars’ overall accident history, you’re safer in a Tesla than almost anything else. Overall. Statistically. So far. No, really. Google it.

I like Teslas. I wouldn’t have attempted the Electric Cannonball Run Record in one if I hadn’t felt safe. I’d still prefer if they had manual external door handles. As Ripley said in Aliens, “It’s the only way to be sure.”

One thing is certain. I’m going to read the manual for each and every new car I drive. And bring a big hammer, or whatever that tool is they sell at gas stations and gun shops. You know the one. The one for busting out of a car underwater or, perhaps, a Model X’s rear seat. I like my life. I don’t like being trapped. (See: Morgan 3-Wheeler.)

And I’m going to return to the gym. A lot. Just to be sure.