The all-electric SUV pulled 125 tons of earth with ease. 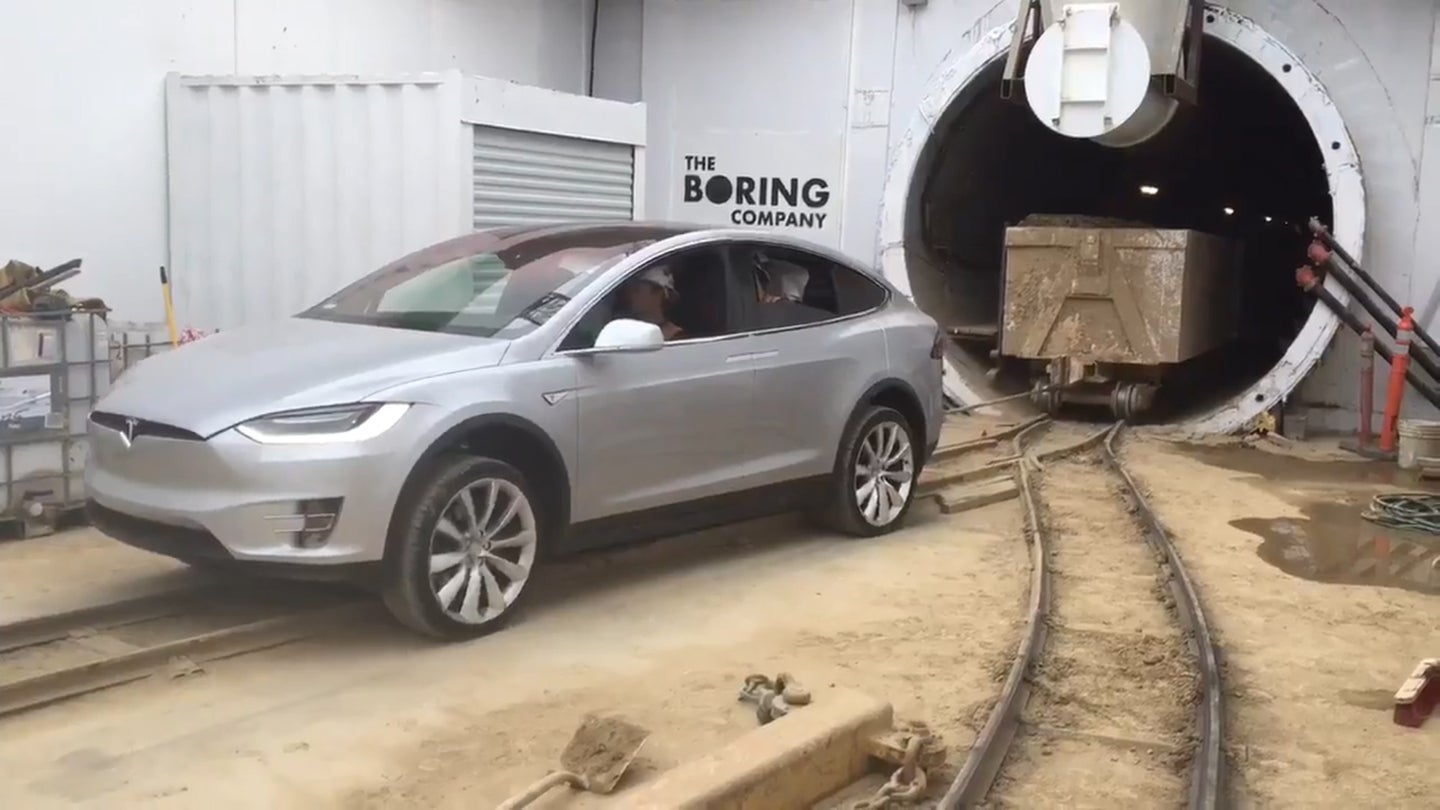 Electric cars are extremely efficient at just about everything they do. From high-efficiency mobility to instantaneous torque, these battery-powered monsters have been surprising the public in becoming some of the quickest cars around. But it's far from just being about speed that has attracted many individuals and companies to electric vehicles. It's also about commercial power. Vehicles like the all-electric Tesla Semi are showing to be a great example on just how an electric motor's torquey power profile can be used to haul freight. In a recent Tweet, Tesla CEO Elon Musk showed off one of his company's Model X SUVs hauling rail cars with over 125 tons of debris in tow.

One of Musk's brainchildren happens to be a company that bores tunnels in the name of public transportation. Aptly named The Boring Company, the company is far from actually being boring. Its goal is to create a network of small tunnels underneath popular city destinations in order to create a fast-travel public transportation ring. Many believe that the work Musk is doing is in the public's best interest and feeds into the various non-boring crowdfunding activities. Earlier this year it even sold $10 million in novelty flamethrowers.

But what goes in must come out. Specifically the debris created by the company's boring robot, Godot. This mess of raw earth is often removed by train car and weighs literal tons, rightfully so for something which occupies the space that a twelve-foot hole once occupied. Elon Musk decided to take advantage of a Twitter reply to show off just how much the Model X can pull, posting a video of the SUV pulling out the train cars with 250,000 pounds of dirt.

When it comes to towing, one of the most important numbers to consider which limits or raises a vehicle's towing ability is torque. The more torque a vehicle can produce, the more forceful every rotation of its engine is. This means that it has a greater ability to do work, or perform a forceful action over a given distance. Simply put, a higher torque output on otherwise identically equipped vehicles will allow for the vehicle to tow heavier amounts of weight.

The Model X is rated for around 9,500 Newton-meters of torque, which equates to around 7,000 pound-feet; or what you'd get out of roughly 47 mid-90s Toyota Camrys. To put this into perspective, a new Mack-branded Semi puts 1,860 foot-pounds of torque to the wheels from a 13-liter inline-six diesel engine. Now, there are other factors that affect towing capacity. There's vehicle weight, trailer balance, gear ratios, structural integrity, and traction. Of course, the Model X isn't going to be able to tow this dirt long distance, nor is it rated to haul a large trailer like the Semi, but it's still an impressive feat.

We've seen the Model X tow some impressive stuff before, but the amount of weight placed behind this stunt is pretty amazing. Of course, this is great publicity for Musk and Co, showing off a highly efficient product that is becoming ever more popular in both the commercial and public service sectors. Now let's see what the Semi can do.