Qantas claims it's a world record for electric car towing. 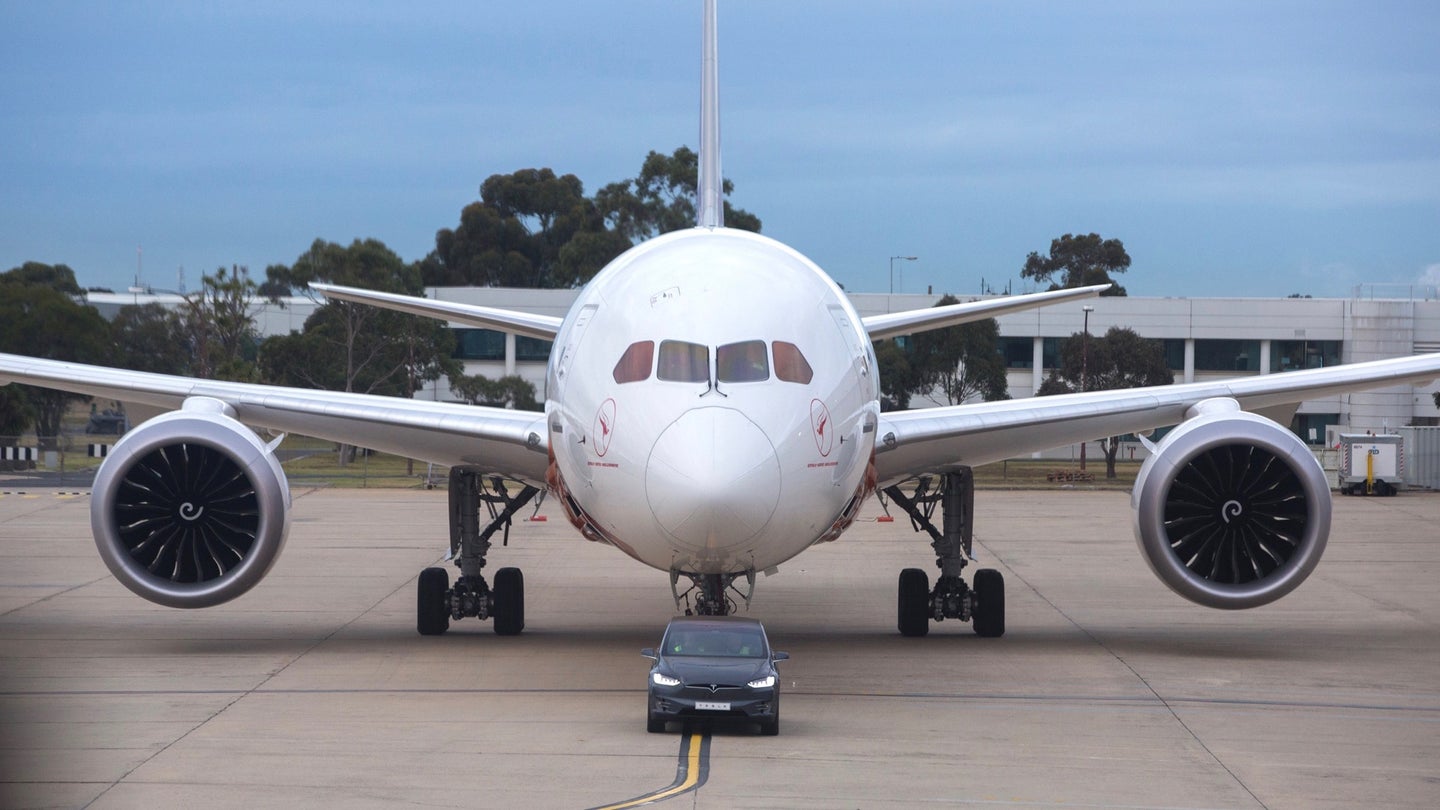 With a 5,000-pound towing capacity, the Tesla Model X can tow more than any other electric car currently on sale. But Qantas proved that, in a pinch, the Model X can tow something a bit heavier. The Australian airline used a Model X P100D to tow a Boeing 787-9 Dreamliner, establishing what Qantas claims is a towing record for electric vehicles.

Needless to say, the 143-ton airliner (which did not have any passengers onboard during the stunt) was well beyond the Tesla's rated towing capacity. Qantas reportedly expects the stunt, which took place on a taxiway at Melbourne Airport, to nab a spot in the Guinness World Records for heaviest tow by a production electric passenger vehicle. The airline also claims that this was the first time an airliner was towed by an electric passenger car. Qantas does use electric aircraft tugs at airports in Sydney and Canberra, Australia.

The key word in all of these claimed firsts is electric because, remarkably, this isn't the first time a passenger vehicle has been used to tow an airliner. Last year, a Porsche Cayenne S Diesel towed a 314-ton Air France Airbus A380 across roughly 140 feet of tarmac at Paris' Charles de Gaulle Airport. At the time, Porsche said that was a record for heaviest aircraft pulled by a production car.

This also isn't the first time Qantas has brought together an airliner and a Tesla for an improbable stunt. In 2016, it staged a race between a Boeing 737 and a Tesla Model S P90D. The Tesla got the jump on the Boeing, but the jet gradually reeled in the electric car. A Model S is quick off the line, but can't beat the 737's top speed of Mach .08.

Why does Qantas keep doing these stunts? It has an ongoing partnership that gives perks to Tesla owners, including charging stations at certain Australian airports. Through the month of June, Tesla owners who are also Qantas frequent flier members will also have the carbon emissions from both their car and air travel offset through investments in environmental projects.