Watch This Truck Take a Tesla Model X's Door Off

Did a driver mistakenly use Tesla's 'Automatic Doors' feature that resulted in the damage? 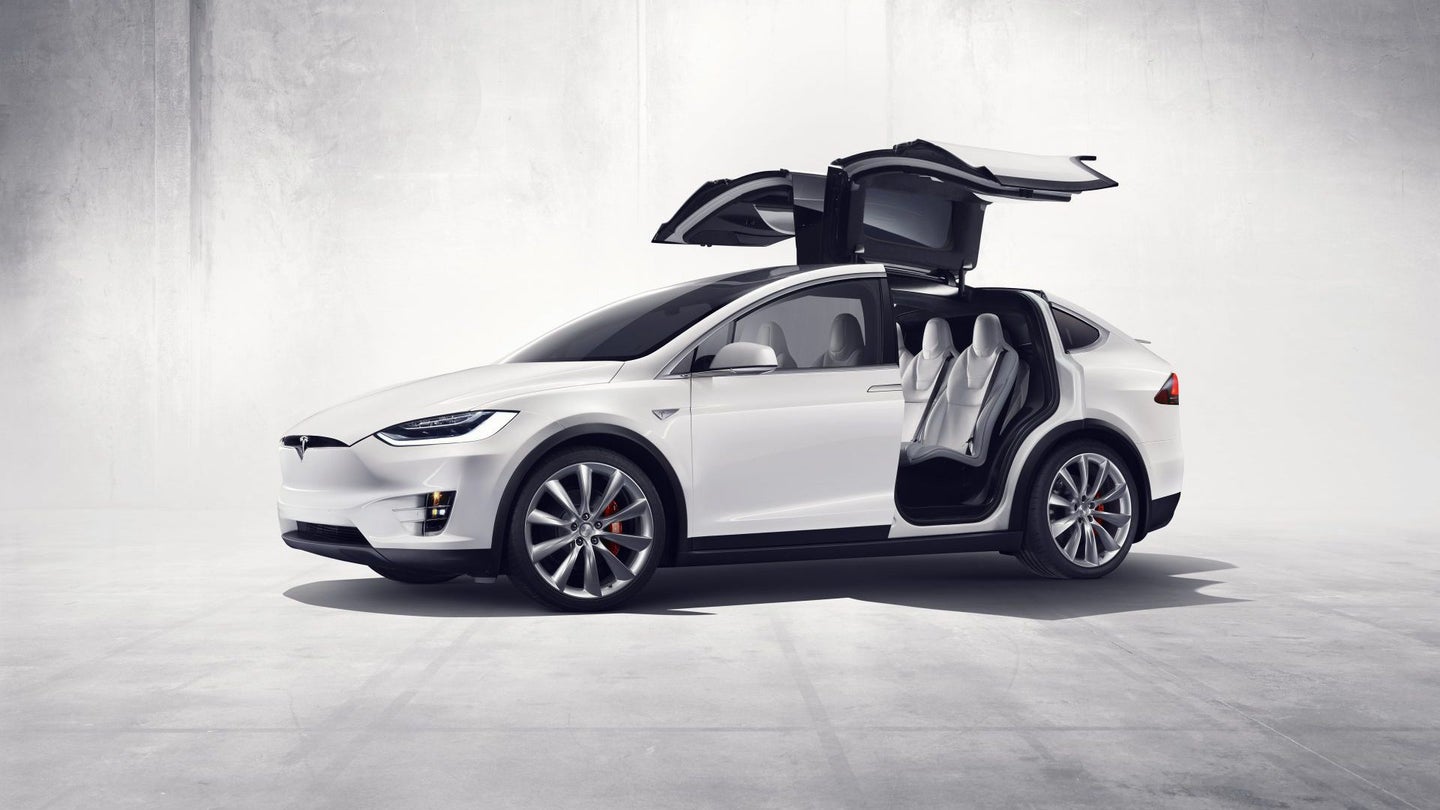 Chivalry hasn't been lost to the Tesla Model X. In fact, it's one of the only vehicles on the road that will actually open its doors without the driver needing to reach out and touch the handle. One owner in Australia, however, seems to have learned an expensive lesson about just how Tesla's Automatic Doors function works.

Sam Kovac became the proud new owner of his Model X 90D in May, only to have tragedy strike not long afterward, when a truck slammed into an open passenger door.

"I walked out to the Princes Hwy to find my front door completely torn off the driver’s side, with leather and plastic strewn over the bitumen for the next 50 metres past my car," Kovac said to Australian publication Car Advice, "I met with a shaky truck driver who said that he was petrified as the Model X door opened into his truck and he thought he had killed the driver."

The Model X comes with the ability to open its doors using its key fob, making it easy to allow passengers to access the vehicle with only a few key presses. However, since the feature isn't enabled from the factory, drivers have to actively enable it. Kovak initially claimed that he didn't open the door himself, according to early reports.

We reached out to Tesla, and a spokesperson gave us a bit more clarity.

"During our conversations with the customer, he not only made it clear to us that he understands how the doors function, but that he indeed pressed the key fob multiple times, causing the front driver and passenger doors to open."

It's also not exactly easy to accidentally open the doors on a Model X. In order for both the driver and passenger door to unlock and open, the key fob must be in operating proximity of the vehicle and receive four button presses to open.

Though Kovac's pride and joy may have been damaged, it is fortunate that the truck did not harm someone getting out of the car, as the driver feared.

"We’re glad that no one was harmed in this incident," the Tesla spokesperson said.