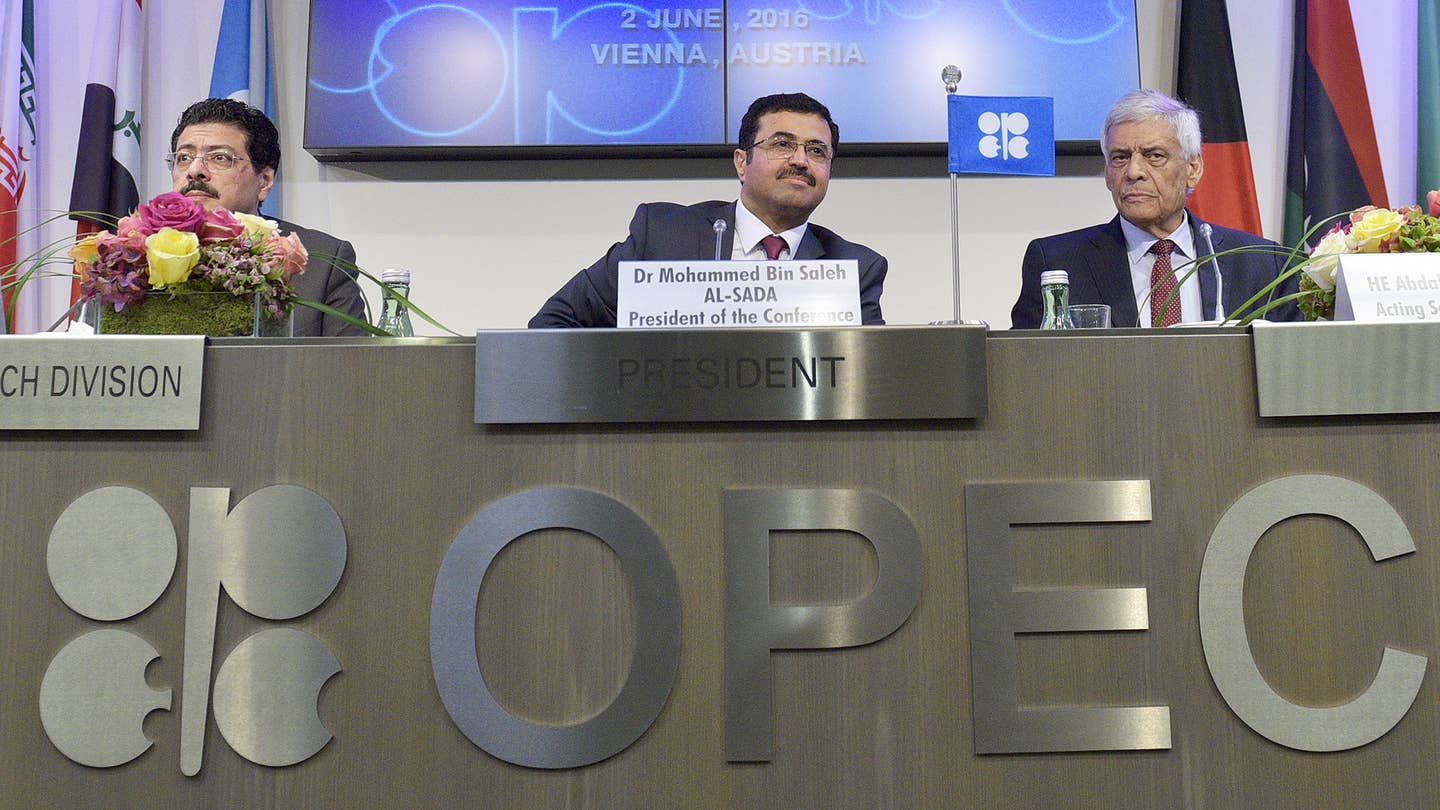 While it seems like every day brings another bit of news about the automotive world rushing to embrace electric vehicles and other alternatives to petroleum, quite a few nations with a stake in the oil game don’t seem to be all that worried about the end of the fossil fuel era. A survey of OPEC members found that the group of oil-producing countries collectively expects around 94 percent of vehicles will still be powered by their sweet, sweet extracts in the year 2040, according to the Financial Times.

Of course, the Organization of Petroleum Exporting Countries, as the group is formally known, does have the ability to tilt the scales of the market in their favor. So long as the group can keep the throttle open on their oil production, it can help to keep gas prices low—which, in turn, could encourage buyers to continue to choose gas-guzzling vehicles over more environmentally-friendly ones.

But if OPEC hopes to manipulate the automotive market by playing on consumers’ love of cheap fossil fuels, other governments can—and almost certainly will—continue to push automakers from the regulatory end. In just the last year, nations across Europe have begun calling for complete bans on new gas- and diesel-powered vehicles by the middle or end of the next decade. And while the U.S. government’s future moves on fuel economy standards remain up in the air, influential states like California are continuing to push for increasingly-potent zero-emissions vehicle mandates.

So who’ll be right in the end? Well, we only have to wait 24 years to find out.